If you love a realistic, compelling, and engrossing sagas with a sprinkling of spice, then don’t miss this sizzling collection by author Sue Lilley. Perfect for lazing on the beach or curling up on a rainy-day sofa. Ideal for fans of Paige Toon and Freya North. Enjoy! 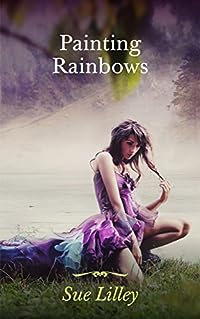 Soulmates since they were children, Mandy and Joel are grown up now and destined to be together. Until life hurls a curved ball in their direction. Can they find each other and live happily ever after? Or will life conspire to keep them apart?

An exclusive short story for anyone who ever dreamed of finding the pot of gold at the end of the rainbow. 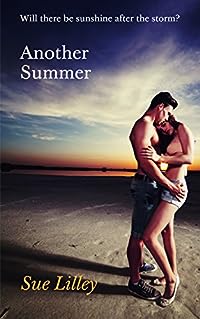 Another Summer
by Sue Lilley

Evie believes her marriage to Joe is over. But Joe is on a mission to win her back. Will he reach her before she falls under the spell of hot rock singer Jake?

Joe is the only man she’s ever loved, since that long hot summer when she was sixteen. But how many lies is too many? Devastated by his latest betrayal, Evie flees to her grandmother’s remote cottage in the stormy wilds of picturesque Cornwall, staring into an empty future without the bad-boy she believed was her soulmate. Heartbroken and vulnerable, she falls under the spell of charismatic Jake who sweeps her head first into an irresistible and steamy affair.

Joe is the indulged younger brother of four adoring sisters. He’s used to clicking his fingers to get whatever he wants and he’s shaken to discover Evie had the nerve to leave him. Expecting her to come to her senses, he storms after her and finds himself stuck on the road trip from hell.

Just as it dawns on him that he truly loves Evie and he’s been a jerk, he must battle through the worst weather the UK has seen in years to get to Cornwall before Evie decides her life is better without him. Accompanied by a provocative young hitch-hiker who tests his flimsy willpower all the way, he resolves to turn over a new leaf. But will Evie believe him and give him one last chance?

When an ancient bridge is smashed to matchwood, it seems all hope of a happy future will be swept away. The old hurts are deep and forgiveness seems out of the question. Has Joe left it too late to persuade Evie he can change? Does he deserve another chance to convince Evie he loves her? Or will Evie be tempted to dump him and grasp her own happy ending with sexy biker Jake? 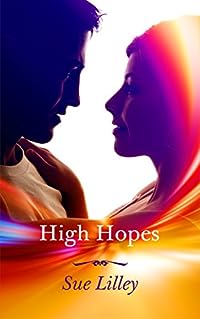 Grace, Sam and Dixie have been friends forever. But Grace has a heart-breaking secret. Twenty years ago, accidentally pregnant after one drunken night with Sam, she gave up their baby for adoption. By then, Sam and Dixie had announced their wedding and there was no way Grace, a penniless student, could raise a baby alone. Believing it was best for everyone, Grace kept the adoption hidden and has lived with the guilt and sadness ever since.

Her love-life has been a disaster and her dreaded fortieth birthday looms. Then she receives a letter out of the blue. Her long-lost daughter has traced her. More than anything, Grace longs to meet her. She hopes to atone for abandoning her baby.

The girl is searching for answers. She’s curious about her father. But Sam and Dixie have a son and if Grace confesses to a secret baby now, she’ll threaten their happy family. It would surely wreck their marriage. Grace loves Dixie like a sister but how could their friendship survive such a betrayal? Yet does Grace have a choice?

Grace has always found solace at faraway Penrowan, Dixie’s adored family home in picturesque Cornwall, a place of stormy cliffs and windswept beaches. But when she travels there to break the news, Grace discovers Dixie and Sam in turmoil. As the week edges towards her dreaded milestone birthday, she finds it ever more impossible to speak up and make everything worse.

Desperate for a distraction, she’s drawn to Danny, a sexy odd-job man with secrets of his own. But far from helping each other, they plunge the family even closer to disaster, unleashing years of simmering jealousy and hurt. Surely there can be no second chances? How can a future be built on the unbearable quicksand of secrets and lies?