With the amount of food that I bought for today’s game, you would have thought I was having a huge party. We are just having a few friends and family, but it is quite obvious I was shopping on an empty stomach. I feel guilty for all the food and I haven’t even eaten yet. I know exactly at what point all heck went south. It was the moment that the Costco Chocolate cake landed in my cart. You know it’s over once the Costco chocolate cake has been acquired. To balance my day out though, a few of us are grabbing the kids and pups and heading to the beach to tire the shorter crew out. I just hope my poor pup Jethro doesn’t get tackled by a wave again. He will never want to go to the beach again. 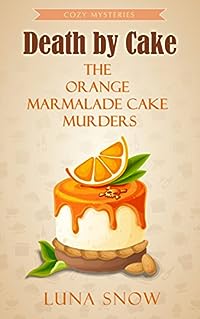 Abbey Fisher and her best friend Pam run the ‘Little Nook’ tea room and curiosity shop in the sleepy hamlet of Lower Threadbury in England. It’s a quiet place but the daily coach loads of visitors to the beauty spot keep them busy. Abbey is known far and wide for her delicious orange marmalade cake, and as the little café thrives, the antiques shop struggles. When an American tourist is found dead amongst the antiques one morning- the finger points at Pam; but there are many players in this mystery. Who is the rugged farm hand who keeps Pam awake at night, and is there more to the handsome baker Jo Thompson than his fresh morning rolls?
Tempers can fly where tea is spilt and the motives for murder mount!
Find out more in our ‘tongue in cheek’ cozy mystery, a story where only cake can save the day! 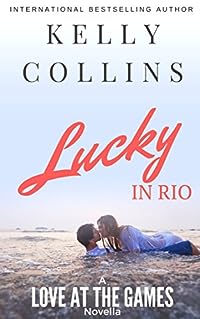 Lucky in Rio: A Love at the Games Novella
by Kelly Collins

Rich, handsome, and talented, gymnast Alec Maes has it all. He’s one lucky guy. But just when he’s about to leave for the Summer Games in Rio, his luck seems to be running out. A dying mother, bone-deep betrayal, and a floor routine he can’t stick threaten to steal his dream of a gold medal. That is, until a beautiful gymnast with snow-white skin and full red lips alters his life with the whisper of her name.

Collette Lamont doesn’t believe in luck. She believes that mixing hard work with opportunity creates success. When her world collides with Alec Maes’s, she knows something wonderful is part of her destiny. It’s more than just the incredible heat between them. He is everything she wants, and she is everything he needs.

Join Alec as he discovers that sometimes the love of the right girl can take you straight to the top. 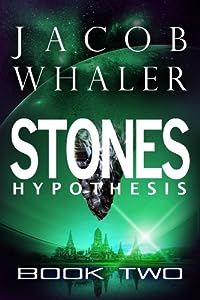 Read the Amazon Bestseller! A deep treatment of Good versus Evil!

The Stones are the key to everything.

Mikal Ryzaard’s plan to bring back Paradise is surging forward.

Drawing on the ancient technology of his Stone and the resources of global powerhouse MX Global, Ryzaard kills and destroys without fear or accountability. With two more Stones under his control, he rules world markets and controls minds, giving him overwhelming power.

Matt Newmark is only one who can stop him.

Escaping with Jessica, Matt seeks refuge on his own spectacular world and tries to put the past behind him. When Jessica is abducted, a message from beyond the grave forces him to choose between two paths: return and battle Ryzaard or abandon Earth and all he loves.

Drawn by love for Jessica, Matt chooses to fight.

With the help of two gifted children from Brazil, Matt goes to the ruins of an old Buddhist temple in Thailand in search of another Stone. He finds his dad unraveling an ancient mystery and fighting for his life. As Matt battles for the future of the human race, his eyes are opened by new revelations about himself, the nature of the Stones, the ultimate destiny of humans and their place in the Universe.

One thing is clear.

It’s time to gather the Stones. 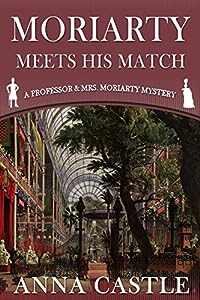 Professor James Moriarty has but one desire left in his shattered life: to prevent the man who ruined him from harming anyone else. Then he meets amber-eyed Angelina Gould and his world turns upside down.

At an exhibition of new inventions, an exploding steam engine kills a man. When Moriarty tries to figure out what happened, he comes up against Sherlock Holmes, sent to investigate by Moriarty’s old enemy. Holmes collects evidence that points at Moriarty, who realizes he must either solve the crime or swing it for it himself. He soon uncovers trouble among the board members of the engine company and its unscrupulous promoter. Moriarty tries to untangle those relationships, but everywhere he turns, he meets the alluring Angelina. She’s playing some game, but what’s her goal? And whose side is she on?

Between them, Holmes and Angelina push Moriarty to his limits — and beyond. He’ll have to lose himself to save his life and win the woman he loves. 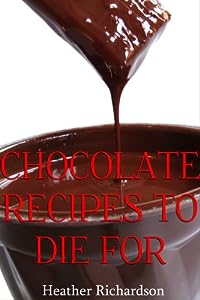 Chocolate Recipes To Die For
by Heather Richardson

If you are serious about losing weight or are fanatical about healthy eating, then this book is definitely not for you! However, if you like to treat yourself to the occasional indulgence (or are a full-blown chocoholic), then you are certainly in for a treat.

The recipes in this book are all unfashionably high in calories and deliciously decadent. You’ll find recipes that are incredibly quick to make so that you’ll be able to satisfy any ’emergency’ chocolate cravings in a flash.

The recipes in this book are as follows: