I Wish So Hard!

I don’t think hubby is taking me seriously when I tell him I wanted a hedgehog for my birthday. Maybe because he knows they are illegal in California, and also because I am insane. I have been asking for one for the past few months, and he has been laughing it off. I have been showing him videos on where to buy hedgehogs, and how to find good breeders. In all honesty, I think the fun of really wanting something and asking for it repeatedly in the hopes that it might come true has been a lot of fun. Will he actually get me one? I have no clue, and that fact is fun as heck. It really could go either way. It makes me feel like a kid again. 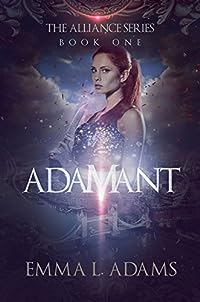 Adamant: The Alliance Series Book One
by Emma L. Adams

Ever since a devastating magical war tore apart Ada Fletcher’s homeworld, she and her family have lived undercover on the low-magic Earth, where their magic will go undetected. Stuck in a dead-end job in London, Ada has spent her life hiding her true identity while risking her life to help others escape the deadly battle between magic-wielders and the ruling tyrants. Until she loses her job, is chased by a rampaging monster, and is arrested as a prime suspect for a murder she had nothing to do with. It really isn’t Ada’s day.

Kay Walker, grandson of the Inter-World Alliance’s late founder, expects to spend his first week as an Alliance employee hunting rogue monsters, not solving his supervisor’s murder or questioning a strange, fierce young woman caught trespassing in the Passages between worlds. Killer or not, her abilities raise questions about the Alliance’s history, and the closer he gets to the truth, the higher the body count rises.

The last thing Ada wants to do is help the infuriating Alliance guard who arrested her, but it soon becomes clear that the Alliance knows too much about Ada’s homeworld — and her magic. More, in fact, than she knows herself. One thing’s certain: she’s not the only one keeping secrets, and trusting the wrong person might cost more than her life. 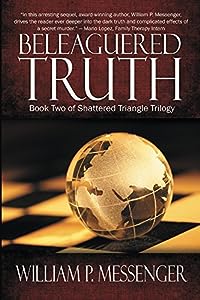 International terrorism and political turmoil dominate the early 21century in this sequel to Shattered Triangle: A Consequential Murder. War looms on the horizon, straining ancient friendships as nations are divided over how to confront and conquer terror. As world conflicts threaten to spiral out of control, politics, religion and law enforcement each seek ways to respond to these new realities and bring order from chaos.

Artfully blending fact and fiction, Beleaguered Truth follows three central characters called upon to balance their professional lives with the burden of personal tragedy. Senator Giuseppe Lozano, Fr. Giovanni Lozano and Lt. Tom Moran admirably fulfill their official duties. Yet each is uniquely burdened by the disturbing truth behind a family murder in Hancock Park. A truth they cannot even share with each other. 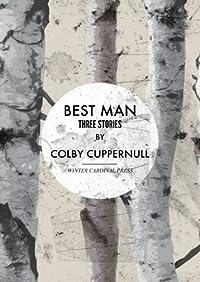 In a poetically stripped down prose, author Colby Cuppernull presents three linked short stories about the thin line dividing hope from fear and the ways in which the people and landscapes surrounding us shape us for better or for worse.

Best Man tells the story of Ethan Hager, who must decide whether his decision to stay in his small hometown in upstate New York to protect his troubled mother and younger brother is a noble sacrifice or simply a convenient excuse for not facing his own fears about what lies beyond the mountains. In the three stories comprising Best Man, we see Ethan as a child, a teenager, and an adult. In each story, a decision must be made that will forever alter Ethan’s life. Cuppernull elegantly explores Ethan’s descent into hardened bitterness and its impact on the people who love him most while compassionately presenting Ethan’s personal struggle and frustration.

The stories here are taken from Cuppernull’s currently unpublished novel-in-stories, Cold Comfort. The manuscript for Cold Comfort was one of four semi-finalists for the 2010 Mary McCarthy award, judged by celebrated novelist Francine Prose. 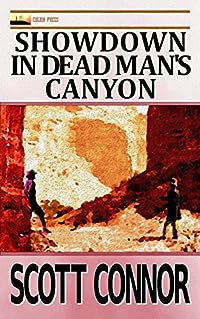 When Rattigan Cooke and his brother Bradley are given the most sought after job at the Silver Creek mine of delivering silver to Bear Rock, their good fortune doesn’t last. While making their first delivery, they meet a man who is alone and afoot on the trail.
They take the man to Bear Rock, but they regret their kind act when he reveals that he’s the notorious gunslinger Corbin Metz and he steals their silver. The brothers pursue the gunslinger, but their mission soon goes badly wrong. Bradley is crippled in a gunfight with Corbin and Rattigan is jailed for confronting the vicious railroad man Victor Greystone, who wants to find Corbin to protect his own secrets.
With the odds so stacked against them, can the brothers make Corbin regret the day he crossed them?