Party To The Sun

My youngest baby basset and I were discussing a few possible names for the new guinea pigs that we are getting, and I made it quite clear that all names need to be approved by me. I think little critters know if their name is lame or not, and I will not allow a sweet little piggie to endure a lifetime with a horrible name. Thankfully my kids seems to have good taste and the first one my youngest came up with was Lily. Well done kid, beautiful name. APPROVED. I am really excited about designing their outdoor habitat. I got the word out that I need tree stumps and large rocks. I am going to create quite a little play area for them. They will be living indoors, but they will be living it up outside when the sun is out! 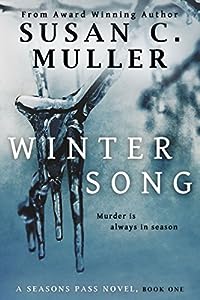 Homicide detective Noah Daugherty is on a mission: solve cases, lock up murderous scum, and get on with what’s left of his life. He’s on the clock, and his time is steadily ticking away. His path leads him to an icy Houston street, where a car has careened out-of-control and crashed, its driver, a beautiful young socialite, is dead. All the clues lead straight to her husband, but Noah’s intuition screams the case is more than meets the eye.

Not willing to give up until he solves this cold-blooded murder, he finds the unthinkable… a hitman no one saw coming, with a chilling personal agenda that now targets Noah.

Can he solve the case and save himself before winter is finished singing her song? 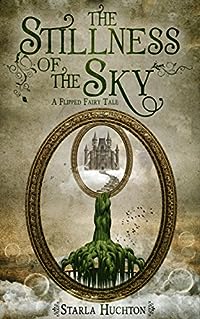 Once upon a time, my life was certain: it was insignificant, and it was cruel. But I refused to let it define me, no matter how great the cost.

Once upon a time, I made a wish. The world I knew grew wider than the sky and higher than the stars, and I listened to the voice within me, reaching out for freedom.

Once upon a time, my wish became my fate, and my destiny the hardest lesson to learn: kindness may be the most difficult path, but it can save entire kingdoms.

Asunder: A Novel of the Civil War
by Curt Locklear

Thrust into the middle of Civil War battle, with both Union and Rebel protagonists and antagonists, Asunder, the first in the Trilogy, is a story of love and loss and of families torn apart.

he story begins in frigid February, long after the battle. Cyntha Favor, an abolitionist and ardent believer in Spiritualism, searches the battlefield in hopes of finding her husband’s grave. Having received erroneous reports of his death, she hopes to free his tormented soul. During the Civil War, it is estimated that at least one-fifth of the population wholeheartedly believed in Spiritualism. Mary Lincoln held séances in the White House with President Lincoln in attendance. Sara Reeder, initially naïve and an ardent supporter of the Southern cause, is thrust into the battle maelstrom. An excellent horse-woman, she rides to warn the army of a surprise attack, but is too late. With battle all around, she aids wounded Union soldiers, and her zeal for the war changes forever. 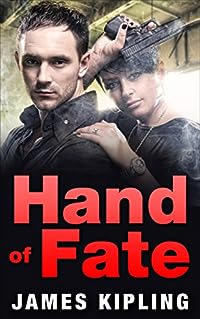 In the wake of her father’s tragic death, Bailey finally learns about Ryan’s accident. When she sees him and he fails to recognize her, everything proves too overwhelming and Bailey has the urge to get away. With Mark available to guide the company through the tragedy of Richard’s death and the aftermath of James’ betrayal, Bailey might do just that.

Mark sets out to discover just what company Richard was hoping to merge Dunmore Corp with and gets a surprise when he does.

Elsewhere, James continues to evade authorities while Agent Dick refuses to give up hope and remains determined in his pursuit.

Scott has a plan to win back Bailey’s affections. Since his father is the one responsible for her pain, he will track his old man down and deliver him to the feds, but his loyalty will be tested as confronting his father takes an unexpected twist.

Ryan faces a difficult recovery as his head injuries have affected his memory and he confuses Richard’s plane accident with the boat accident that took his parents’ lives. As the events of recent months grow clearer in his memory, he struggles with Bailey’s absence and to reconcile himself to how and why she left.

Hand of Fate is the second book in the Kismet Trilogy by author James Kipling. 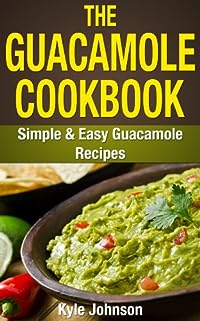 Guacamole has become a household favorite sauce for dipping, desserts, and entree accompaniments. The healthful discovery of avocado’s super-food powers has turned guacamole into a Super-Dip. In The Guacamole Cookbook, you will discover over 35 recipes for easy and simple guacamole from easy concoctions to exotic recipes from around the world. In addition, this cookbook contains recipes for home-made tortilla, sweet potato, and pita chips perfect for guacamole dipping. You will also find unique recipes for entrees and desserts featuring guacamole as the meal superstar.