Point To My Side

Hubby and I have fought the same battle for our entire relationship and I just got the upper hand. Hubby is always warm and I am always freezing to death, even when it is a warm summer day. We battle the thermostat on a daily basis. He wants it at an unreasonably cold 65 and I am more of a 1000 degrees kinda girl. So when I notice that my poor old pup Jethro would get very achy in cold weather and would be stiff with pain, I jumped at the chance to jack that heater up! I actually can’t stop myself from laughing maniacally while rapidly pushing the up arrow on the thermostat, while preaching how we should treat our fur babies with love. MWAHAHAHA! That’s one point for me! 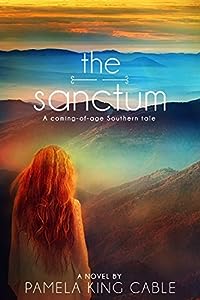 The Sanctum
by Pamela King Cable

On a November day in 1951 Neeley McPherson turned five… and accidentally killed her parents. Thrown into the care of her scheming and alcoholic grandfather, she survives by her quick wit, and the watchful eye of an elderly black man, Gideon. In 1959, as equal rights heats up the South, authorities accuse Gideon of stealing a watch and using a Whites Only restroom. Neeley, now thirteen, determines to break him out of jail.

When the infamous Catfish Cole, Ku Klux Klan Grand Dragon of the Carolinas, discovers their courageous escape, he pursues Neeley and Gideon into the frozen Blue Ridge Mountains to a wolf sanctuary. But will Neeley’s actions lead to tragedy again? Or will she finally find the love of family she lost as a child?

Set during a volatile time in America, The Sanctum bestows sanctuary and invokes the power of second chances. 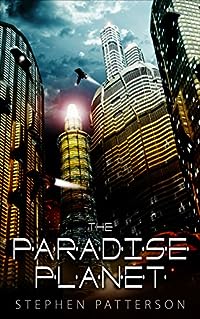 The Paradise Planet
by Stephen Patterson

A celebrated military hero back from a war that helped redeem the galaxy, Trent McGovern is silent about his suffering with PTSD – he risks being ostracized by the people of Baal, his home planet. As a deadly plague grows in intensity on Baal, and Trent’s bloody visions get worse, he becomes inspired to take a vacation to The Paradise Planet, a new luxury resort where he hopes to heal.

The Resort is everything that Trent hoped it would be, until the guests start to go missing. The shocking reality of what is taking place at The Resort, all in hopes of finding a cure for the plague – known as Hollyhock – is brought to light because of Trent’s bravery, ingenuity, and courage. But once the secrets are revealed, how far is Trent willing to go to spread the truth? It might not just be the guests of the Paradise Planet, but also the citizens of Baal that must rely upon his fortitude and courage to heal. 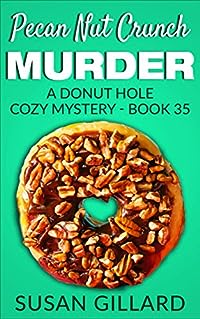 When Heather Shepherd gets a call from her husband, Detective Ryan Shepherd, she’s sure she’s about to be called up to consult on yet another case.

Heather’s right of course, but the victim is someone she’s never heard of before. A new, and seemingly innocent, librarian who didn’t have any enemies. Or did she? Heather’s determined to get to the bottom of this one, and sets off on another sleuthin’ adventure armed with a box of her Pecan Nut Crunch Donuts, the help and hindrance of her bestie, Ames, and the drive to do the right thing for the residents of Hillside. But the victim’s past is shady, and the suspects are thin on the ground and all seem to have alibis, apart from one – a mysterious stranger who hangs out in the library too often.

Heather’s on the case, lack of evidence aside, and she has to solve the case or risk the killer escaping Hillside and moving on to terrorize parts unknown. 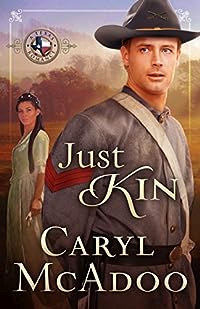 Love covers a multitude of sin.

A stolen kiss ignites a fire that burns all the way from Texas to New York City. Torn apart by war, rejection, and a letter with news she never wanted, Lacey Rose takes her shredded heart and runs. Charley figures out something isn’t right, but is duty-bound to the Confederacy until a deathbed order sets in motion a series of events that tests his love, honor, and commitment to the breaking point.

Can the two lifelong friends see past the pain to finally realize God’s plan for them to be more than just kin? 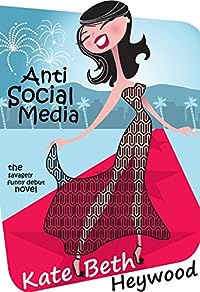 Constance Anderson is a scriptwriter… without a script. But this isn’t a problem until, by random stroke of fate the Hollywood diva Jennifer Roberts announces on American primetime television that Constance is writing her next movie.

This is news to Constance; how the hell did that happen? She is jettisoned to fame overnight and faces a race against time to write the script. With the help of an unscrupulous ‘agent’ and a hostile ghost writer, Constance battles her way to Hollywood through the onslaught of social media, trolls, a philandering boyfriend, and leaked naked photographs…

Social media paves the way for an unknown scriptwriter in a comedy of misunderstandings and miscreants, and finally an ounce of good luck.