Trust Him, He Knows

Punxsutawney Phil saw his shadow which means 6 more weeks of winter. Not sure how I feel about this. I guess I am happy that we are going to have more rain and I can wear all that thick clothing hiding my sins from the holidays. I wonder why I trust Phil so much. I can’t recall if he has ever lied. Do groundhogs lie? I didn’t think so.

After nearly dying in an assassination attempt, Princess Alessandra of Glorvaird escapes to a place no one would ever think to look for her: small town Oklahoma and a ranch staffed by a herd of wooly, uncouth cowboys. One cowboy in particular gets under her skin, until she sees his softer side. She knows this interlude can’t last forever, but that doesn’t stop her from wishing it might…

Once Upon a Cowboy is a contemporary western retelling of the Snow White fairytale and Book 1 in the Cowboy Fairytales series. 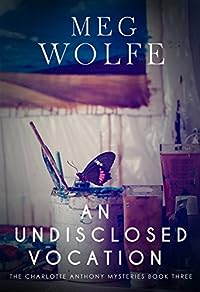 An explosion. A death. The destruction of a popular Elm Grove business. Charlotte Anthony, caught up in the ensuing chaos, wonders what the victim meant when he said he knew something “that could get us both killed.”

Once again, Charlotte teams with Detective Barnes as they strive to unmask the criminal. Her efforts are complicated by her relationship with Donovan, when it seems that they both have secrets they are unwilling to share–and as important figures from her past suddenly appear in town.

As Charlotte uncovers the layers of the murderer’s motivation, she also reveals the dark pasts and secret lives of those she thought she knew well, testing her faith in her fiancé, her friends, and herself.

The Charlotte Anthony novels are traditional, character-driven mysteries whose overarching theme is how the past informs the present, and how even a small town in the American Midwest can be connected to a much larger world. 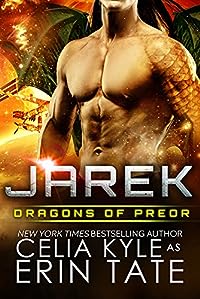 What’s hotter than an alien with scales? An alien with wings and scales, not to mention a hot body.

At 457 Preor years old, Jarek sen Claron is a dragon ready for his final flight into the skies. This voyage to Earth as the War Master of the third fleet will be his final assignment. Once he has helped his fellow Preors secure human mates, he will return to Preor before the madness of loneliness overtakes his mind.

That all changes when he meets Melissa. Human Melissa with her sparkling eyes, bright smile, and body that would make any hot-blooded male drool. Unfortunately, she never registered as a Preor mate hopeful. No matter, the Knowing stretches between them and there is no way she can resist him. Until she does.

Jarek wishes to give her the choice to mate him, while everything inside him screams to take Melissa beneath his wing, now. No choosing necessary.

But should he draw her to his side when his enemies are circling? Many males do not believe the son of a Preor mass murderer deserves to have a mate. Can he survive the coming battles? Or will he die without tasting sweet Melissa’s lips? 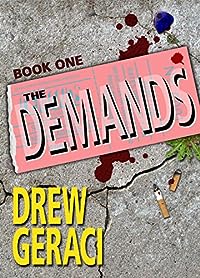 The Demands: Book One
by Drew Geraci, Jaye Manus

Rock n’ Roll is dead… and they’re next!

In an era of prepackaged, formula-driven music, Laney Kilburn believes she can give the hard rock sounds of yesteryear a new coat of paint. Over time, she assembles a band called The Demands. They build a following, one bar at a time, many owned by the head of the local Russian Mob, Arthur Petrov. Petrov reinvents himself as a high-profile philanthropist but the old ways are harder to shake off than he realizes.

Explore the underside of the indie music business. Dark humor and darker deeds tell the tale of a band on the road to success, striving for both survival and recognition.

The Demands forge through the obstacles of in-fighting, audience indifference, lineup changes, drugs, family problems, back-stabbing and political intrigue. All the while, promoting themselves as the second coming of Rock n’ Roll. 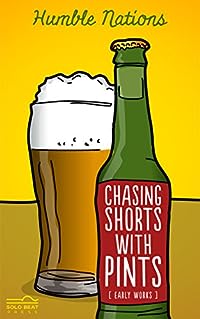 A man in his twenties’ enthusiasms are rather basic: drink, sex, the right/wrong dichotomy, moving out of childhood, love, drugs, and obviously, sex again. Usually followed by some more pints.

This collection of short little gems represents the work from that time in the author’s life. Forty-two shorts told on just under 16,000 words.