This weekend is my baby basset’s ninth birthday. I had to double check myself on that number. I keep thinking he is only 6 or 7, somewhere around there. In fact, I better check to make sure I bought the right number candle for his birthday cake. Hmmpph. That’s all I have to say about that. I am not all the excited about his birthday. I sound horrible. I look at him and get mad that he is growing up so fast. Ya know… he is still young and impressionable enough that I can guilt him into wanting to stay with me forever. Make him believe he never wants to go out into the world and have a life of his own. Yes, I have terrible thoughts like that. Maybe that’s why I was so agreeable to get some baby critters even though I knew I would be the one to clean up and take care of them. Hmmm 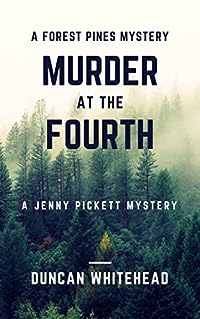 Murder At The Fourth: A Forest Pines Mystery
by Duncan Whitehead

Retired Miami Detective, Jenny Pickett, is loving life in the small Montana town of Forest Pines. That is until local businessman, Donald Sands, is found murdered on the local golf course.

Young and inexperienced Sheriff, Steve Calder, needs help and turns to Jenny to assist him in his investigation. Suddenly Jenny is plunged into a mystery unlike any other she has encountered and faces a multitude of suspects who all have a reason to rejoice the victim’s death. It isn’t going to be as easy as Jenny thought, as she tries to find out who killed the most unpopular man in town.

A string of mistresses, a jealous husband, a shady realtor as well as a down on his luck store owner, who couldn’t repay a debt, are just some of the suspects as the plot thickens, and twists abound.

Meanwhile, skeletons from Jenny’s past are rattling their unwelcome bones.

The truth contorts to a climax that will leave readers breathless. 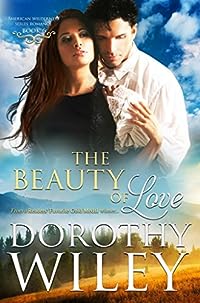 Brought together after tragedy, Edward Wyllie and Dora Tudor find the true beauty of love in this poignant and thrilling historical romance set in 1800 Boston and New Hampshire. In an unlikely place for new beginnings, a cemetery, Edward and Dora meet for the first time. But in that forlorn place, the beauty of love blossoms. Edward is still struggling with guilt over the death of his family more than a year ago — a guilt so great he’s unable to even look at his childrens’ gravestones. As their friendship grows, Dora forces Edward to confront the truth — their deaths were not his fault. And Edward gives Dora, a young Boston widow, a chance to seize love and learn the meaning of passion.

But first, they must put their whirlwind courtship on hold as Edward and Dora become embroiled in a shocking family crisis. Edward’s brother Captain Sam Wyllie and his wife Catherine, a friend of Dora’s since childhood, have come from their home in Kentucky to Boston to confront Catherine’s wealthy father Remington Forbes. When Sam and Catherine arrive, both of Catherine’s upper-crust parents reject her rugged frontier husband Sam and, heartlessly, their beautiful infant grandson Rory. A powerful businessman, obsessed with wealth, Forbes is desperate to gain control of Sam’s property, Wyllie Mountain in New Hampshire. The mountain’s abundant and newly discovered gold offers Forbes a chance to escape his insurmountable financial debt. Forbes will stop at nothing and is willing to have Sam murdered to get the gold. By killing Sam, he’ll also regain control of the fortune his daughter inherited from her grandfather.

Dora resolves to try to help Catherine. She challenges Mr. and Mrs. Forbes to measure themselves not by their wealth and social status, but by how much love they are willing to give others. As hostilities mount, Edward is determined to keep Sam safe from Forbes and his unscrupulous men. But danger awaits on Wyllie Mountain and events quickly spin out of Edward’s control. What do you do when the enemy is a family member who will do anything to get what he wants? 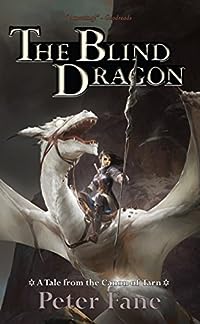 The Blind Dragon: A Tale from the Canon of Tarn
by Peter Fane

“There we are,” Anna whispered. The dragon foal went still at her voice. Then it snorted and swiveled its snout towards her. Its eyes were still shut. Its tail quivered and its nostrils flared. A menacing growl rose from its chest. “Easy there,” Anna said gently. “Easy.” She placed her palm on its forehead, applying calm pressure between its eyes. The foal went quiet, gave a satisfied snort, and settled back against Nightlove’s flank. And then it opened its eyes. They were big, blank, and sightless. Like white, silvery moons. The baby dragon had been born blind. 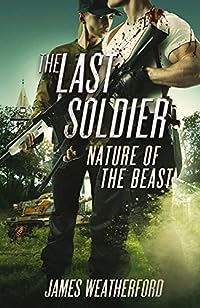 The Last Soldier: Nature of the Beast
by James Weatherford

A MEDICAL MIRACLE HAS CURED ALL DISEASES.

Jason Randal finds himself in the middle of civilizations collapse, wanting only to get out of the way with his wife Catherine, and survive if they can.

Betrayed and imprisoned, he has little hope of reaching her or safety, until the beginning of a revolution offers a chance for escape.

His perilous race to reach his wife, brings him in contact with a group of young people, considered fugitives by the military government. With their help, he rescues Catherine from the brutal leader of the rebels.

Carley Ross and her lover Boone, accompany them into the mountains in search of a safe place to weather the coming storm. The young couples skill in the wilderness proves invaluable, but Carley’s headstrong attempt to return home, brings Jason and Catherine back to the front lines.

There they discover the government’s horrifying plan to bring the population to a sustainable level. 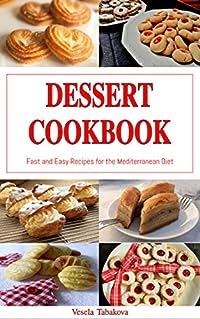 Make Scrumptious Desserts Without All the Guilt!

There is something special about Mediterranean desserts – they are more elegant and healthy than most sweets and are simply amazing. What is even better is that preparing homemade Mediterranean desserts is easy enough for even the inexperienced cook!
From the author of several bestselling cookbooks, Vesela Tabakova, comes a great new collection of delicious, easy to make family recipes. This time she offers us her
Incredibly Delicious Dessert Recipes from the Mediterranean Region – a delicious collection of the most famous Mediterranean recipes for homemade cakes, pastries, puddings, fruit pies, muffins, creams and cookies.
Whether it’s time for holiday recipes or summer treats, this healthy cookbook will help you indulge whenever you want, your way, without the guilt by making easy Mediterranean desserts that you can enjoy especially after dinner!
***FREE BONUS RECIPES at the end of the book – 10 Ridiculously Easy Jam and Jelly Recipes Anyone Can Make!***