It Was A Dark & Stormy Night

Well of course I would wake up sick today. My arm is still not working and is just flopping at my side. Every time I cough it swings back and forth in a weird jerky motion. Since it is next to impossible to brush my hair right with just one arm, I look like I am wearing a rats nest sideways on my head. I better be careful. If I walk by one of those prepper dudes he very easily could mistake me for a zombie and try to kiss my head with a machete. I wouldn’t even be able to explain myself because my voice is gone. GARGLE ERRRRG! THGHHHTGH! That means, “Please kind sir, could you refrain from relieving me of my head, thus saving the world from a zombie apocalypse, for just one moment and possibly spare a cough drop?” Oh, did I mention that tomorrow is my youngest basset’s birthday party. WEEEE!! LET THE GAMES BEGIN! 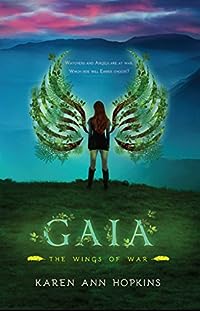 Watchers and Angels are at war. Which side will Ember choose?

Humankind is on the precipice of the apocalypse. As the Demons grow bolder and the walls between the planes of existence weaken, Ember is forced to develop her powers as quickly as possible, and she seeks out a powerful earth Watcher to continue her supernatural lessons. Her glimpse of the future demands she fight the dark forces spreading across the earth.

But her new mentor has his own agenda, making her question everyone and everything she ever trusted.

When Ember is thrust into the world of the Watchers, she learns of their plans — ones that defy the scripture and make them enemies of the Celestial Host. Ridding the world of evil gets complicated when it becomes impossible to take sides.

As Ember struggles with morality, she soon discovers that there’s something more frightening than anything she’s faced before. 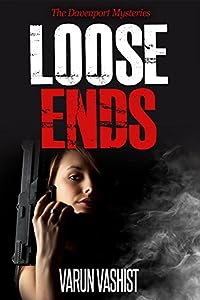 When Agent Kiara Davenport and Agent Jake Carter were assigned new partners, they had hoped the cases would also be new. But, a serial killer is back in town, and Jake has to follow his trail. The only clue left behind is the dying words of the three victims.
And, before he could have asked Kiara’s help, she is sucked into a high political game that is spread across continents. Will they be able to solve the cases without each other’s help and that too using their new, inexperienced partners? 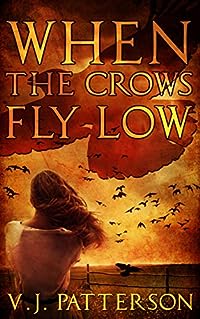 When the Crows Fly Low
by V.J. Patterson

When the crows fly low… rain is coming.

At eleven-years-old, Will Lawson discovers that Hell isn’t just a place for demons. It exists on earth in an act so evil it rips away a part of his innocent soul. In its place; bitterness, hate and a vow for revenge.

Consumed by darkness, Will descends into a life of reckless living; booze and women the outlet for his guilt and despair. But meeting Sarah a beautiful young woman running from her own ghosts, changes everything. Finding his salvation in her, Will wades into the unfamiliar waters of love. Just when happiness is within his grasp, a familiar face returns to Will’s hometown of Doyle, Tennessee. A wicked twist of fate forces Will to decide between the girl he loves and his need for revenge. Is love enough to save Will from the darkness that endeavors to unravel his sanity?

In this debut romantic drama, When the Crows Fly Low weaves a story full of suspense, loss, and love. It is sure to stay with the reader long after the final page. 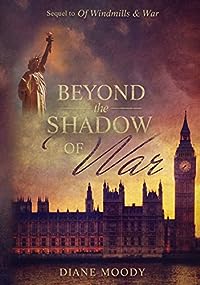 The long awaited sequel to Diane Moody’s bestselling Of Windmills and War.

When the war finally ended in May of 1945, Lieutenant Danny McClain made good on his promise to come back for Anya in Holland. He expected her to put up a fight, but instead found her exhausted and utterly broken. Maybe it was unfair, asking her to marry him when she was so vulnerable. But this much he knew: he would spend a lifetime helping to make her whole again.

The war had taken everything from Anya–her family, her friends, her home, her faith. She clung to the walls she’d fortressed around her heart, but what future did she have apart from Danny? At least she wouldn’t be alone anymore.

Or so she thought. When the American troops demobilize, Danny is sent home, forced to leave Anya behind in England. There she must wait with the other 70,000 war brides for passage to America. As England picks up the pieces of war’s debris in the months that follow, Anya shares a flat with three other war brides in London and rediscovers the healing bond of friendships.

Once again, Danny and Anya find themselves oceans apart, their marriage confined to little more than the handwritten pages of their letters while wondering if the shadow of war will ever diminish. 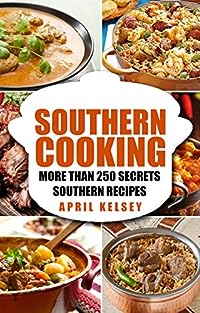 Southern cooking has become synonymous with comfort food, food that just feels good to eat. This is evident in many recipes in this cookbook, including the famous chicken and waffles, mac and cheese, and rich buttermilk bread. However, spice is another quality of Southern food. Bright vibrant flavors that are full of taste and texture are a significant component of Southern foods. Recipes like the spicy jambalaya, Cajun spiced steak, and baked beans are standard Southern fare.

The recipes in this cookbook span the region, having been born as far north as the Eastern seaboard region of the Carolinas all the way South to the swampy wetlands of Louisiana. Each location has added its unique flare to their variations of recipes, infusing a specific taste, feeling, and personality to its cooking.

To experience Southern cooking is essential to understanding the Southern way of life. Southern cooking has typically been a method of forging family bonds, overcoming adversity, and persevering through the strength found in these foods. The practice of sitting around a table and sharing a home cooked meal is at the core of Southern values, thus these recipes are not just perfected by time; they are loved, honored and respected.