I Scream For Sprouts

Complain and ye shall receive!! I was getting pretty pissy that nothing had sprouted yet in my new garden boxes, and yesterday my complaints were answered. THREE SPROUTS! One snap pea and two red onions are popping out of the ground. I am just giddy. The garden seems to be recovering pretty nicely from all the changes I made a month or so ago. I decided I wanted to have less plants in pots. The hydrangea that I love and do pretty good in cramped pots each year should do amazing with all that room planted in the ground. The same goes for the blueberries and the roses. I am still going to have a few pots, but I am going to reserve those for more red onions and a tomato plant. Now if it could please stop raining for a few minutes this weekend I could get some gardening done. 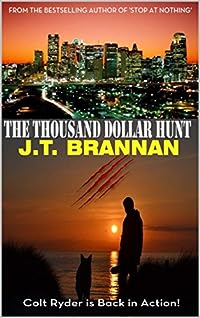 THE THOUSAND DOLLAR HUNT: Colt Ryder is Back in Action!
by J.T. Brannan

Colt Ryder is the Thousand Dollar Man, an ex-military vet who wanders America from one town to the next, helping those in need. Travelling only with his dog Kane, he is willing to do the jobs nobody else can – and all he asks for is one thousand dollars a time.

Laguna, New Mexico – A game reserve and safari park mimicking the African savanna – complete with lion,elephant and rhino – has been set up in seventy square miles of ranch land by General Roman Badrock, a retired US Army officer with a passion for wildlife.

When Colt Ryder is asked to track down a missing person, the trail leads to Badrock’s ranch; and when the general takes Ryder in and gives him a job, it soon becomes obvious that a family-friendly safari park isn’t all that is on offer there…

Big game hunting for big money occurs after dark, with people willing to pay tens of thousands of dollars to kill the park’s large animals.

But as Ryder discovers, General Badrock’s plans don’t stop there and he soon discovers himself caught up in the park’s most elite sport – the hunting of the world’s most dangerous game.

And this time, the Thousand Dollar Man himself is the prey.

THE THOUSAND DOLLAR HUNT is the second novel in the bestselling Colt Ryder series, and is another breakneck adventure tale that will take your breath away! 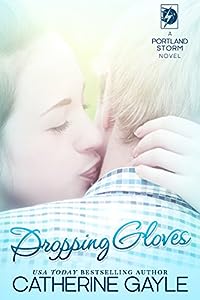 She left to follow her dreams, but came back to find her heart.

When Katie Weber decided to pursue her dreams in Hollywood, she left her heart behind in Portland. Now she’s back to make amends with Jamie Babcock, the only man she’s ever loved, but he isn’t willing to forgive and forget. Heartbroken, Jamie refuses to reopen old wounds — no matter how much he still loves her. At some point, he’s got to draw the line.

But Katie realizes she’s got the biggest battle of her life on the line — one she can’t win without Jamie by her side. In the game of love, all bets are off. Katie’s Dropping her Gloves to fight for both the life she craves and the man she loves. But is Jamie too proud to end the standoff so he can finally have the one he truly wants? 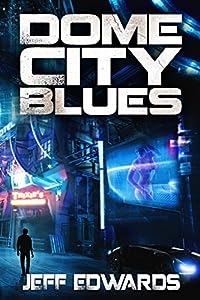 David Stalin was one of the best detectives in the business, running head-to-head with data-jackers, organ thieves, and the tech-enhanced gangs who ruled the shadowy streets of Los Angeles. He could do no wrong, until what seemed like an easy case got out of control, and left his wife dead among the abandoned ruins of old LA.

After four years of self-imposed retirement, David suddenly finds himself back on the job, struggling to unravel a crime far worse than murder. This time, he’s not the hunter. As he’s about to discover, the past isn’t finished with him yet. 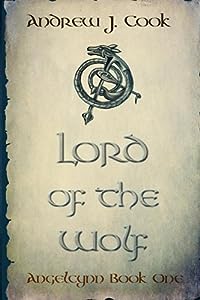 Lord of the Wolf (Angelcynn Book 1)
by Andrew Cook

“I am who I am, what I am, what I know and believe, because of who my people are.” When Wulfhere, the son of a great Angel lord, is orphaned, he knows that his duty is to lead his people and ensure their safety. A hard enough task for a thirteen year old in any age but these are the turbulent times that history would come to know as the Dark Ages.
Against a backdrop of pirate raids, war with the Franks, and a king who would rather see his home in the hands of a more experienced leader of men, Wulfhere has to rebuild his shattered life and claim leadership of his people. Helped by his uncle, and his father’s surviving hearth companions Wulfhere must overcome the hurdles that fate has laid before him. He must prove to the king that he is worthy to inherit his father’s mantle.
What have fate’s spinners got in store for the young lordling? Are the gods smiling on him? Will he lose everything that his family have struggled for? How can one so young possibly hope to prove himself on the savage, dark age slaughter fields? What is the mysterious land beyond the whale roads that haunts his dreams and calls him to leave the old lands behind? 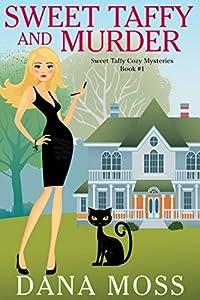 FIRST IN A NEW SERIES: Spoiled, rich party girl Taffy Belair is in trouble. Again. This time her grandmother is banishing her to a small coastal town in Oregon to clean up her act.

Cut off from familiar luxuries and expected to work and take care of a house and herself, Taffy could care less about fitting into the quirky town of Abandon.

Without her posse of girls or even good coffee, let alone a party scene, she starts stirring up new trouble. Hunky handyman Ethan is a good start. But when she stumbles over a possible murder, Taffy transforms from party girl to amateur detective.

Now she’s getting into more trouble than she ever did back in New York. She’s unearthing secrets and upsetting the locals. Is this quaint seaside enclave really the “Sweetest Town on the Coast,” or is it rotten to the core?

With the help of new friends, Taffy must risk her life to expose a conspiracy and capture a killer before the town’s body count increases by a factor of one stylish blonde (in need of a manicure).