I took a toothpick and started digging for sweet peas. I just can’t leave them alone. I should just stay away for a week and not check up on them. I’m sure they are growing. Who fails at sweet peas!? Not one person does, so I am just going to leave them alone. After I peek one last time. 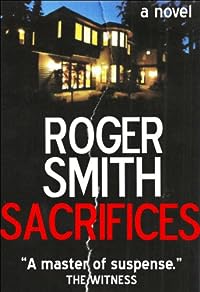 Just another killing in a country where murder is a national pastime… Wealth insulates Michael Lane and his family from South Africa’s violent crime epidemic until trouble comes from within the high walls of their Cape Town mansion one night when his teenage son commits an act of unspeakable savagery. Lane, joining his wife in a desperate lie to protect their boy–a lie involving the sacrifice of an innocent–encounters no opposition from cops and courts burdened by chaos and corruption, but he sets in motion a bloody train of revenge and retribution that threatens to destroy him and everything he loves. 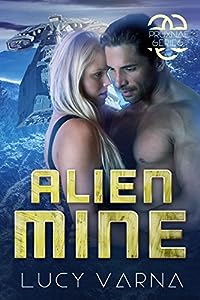 Alien Mine (The Pruxnae Series Book 3)
by Lucy Varna

Single mom Rachel Hunter has not one second to spare in her day between rearing two daughters, running a thriving goat farm, and keeping tabs on her eccentric brother. Not to mention an ex-husband who’s in prison for murder and a local gang leader harassing her at every turn! Then a gorgeous, tattooed man crashes into her fence and she finds out exactly what it means to have her hands full.

Pruxnae Dyuvad ab Mhij is sent to Earth by a mysterious Net telepath to protect a young girl, from what, the ‘path doesn’t say. He arrives at the girl’s home expecting the worst, and is greeted by the young girl’s mother, a honey-haired, plain spoken temptress whose mountain fortitude makes her a perfect candidate for the Choosing.

Dyuvad’s first duty is to his mission, protecting a young girl from dangers unknown. It doesn’t take long for the danger to become apparent, however, and soon, he and Rachel are embroiled in a reckless game led by a man who will stop at nothing to control Rachel and her children. 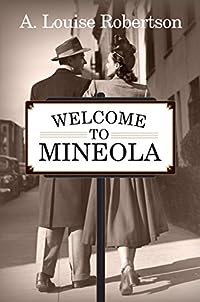 Rachel stands at the stove about to throw some spaghetti into a pot of boiling water. The radio announcer just said that there had been a horrible and bloody train wreck on the Long Island Railroad this Thanksgiving Eve, 1950. Matt and Tommy were on the evening train returning home from a day in New York City.

Before this day is over, Rachel potentially faces a future as a widow and single mother of three, if she is able to keep from losing her mind.

WELCOME TO MINEOLA spans the next fifty years of Rachel’s life. The story is character-driven and is told from the perspective of several key players as the author “hands the microphone” over to different characters to add their points of view.

Rachel and Matt arrive in Long Island, after being reunited at the end of World War II. They are content to participate in the neighborhood barbecues and card games typical of suburban living in the late 1940’s. Although submerging themselves in their new lifestyle and enjoying the family celebrations, Rachel finds that she misses the women in the City brownstone who sustained her during the war. She is devastated when one of them takes her own life. Rachel’s strength is further challenged as she comes face to face with her husband’s suspected infidelity; the loss of her mother; her neighbor’s shocking anti-Semitic behavior; the birth of her fourth child; and a dear friend’s stroke.

She is tested further on the day one of her dear children disappears under the waves at Jones Beach and finally she is shattered on that average day in November when she hears a life-altering radio announcement.

Her children grow up, pursue diverse careers, fall in love and begin their own families, counting on Rachel’s encouragement and support. The family matriarch is always there to lean on offering her sage advice and her continual strength and presence, until a New Year’s Eve that brings sorrow to all that love her.

This is the kind of book you want to tuck in your bag to read on the commuter train. It is smart and entertaining appealing especially to readers interested in stories that contain real historic events experienced through the characters they come to love. 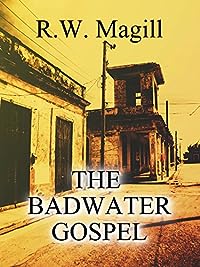 The Badwater Gospel
by R.W. Magill

During the frigid Wyoming winter of 1887, the infamous killer Langdon Dorsey awaits the noose in the suffocating confines of the Wyoming Territorial Prison. Although convicted of multiple murders, Dorsey is adamant in proclaiming his innocence.

But there can be no doubt that the body count began to rise from the moment that Dorsey arrived in the frontier mining town of Badwater, falsely claiming to be a Baptist minister.

Could Dorsey really be the psychopathic killer he is reputed to be? Or could the guilty party be his beautiful young partner in crime, the seductress he has grudgingly fallen in love with? Or might the killer be the brutal gunman that has returned from Dorsey’s past to haunt him once again? 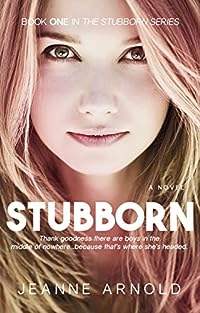 Seventeen-year-old Avery Ross is unwittingly tossed out of the frying pan and into the fire when she’s sent from New York to the vast nowhere land of western North Dakota, with a train ticket, a bad attitude, and an unfortunate scribbling of obscenities across her forehead. When a hazel-eyed boy with a sultry Texan accent comes to her defense against a train passenger, she has no clue that their chance encounter will lead her into a stormy summer, full of temptation and loss where she ends up imparting sweet revenge on her parents and trying to win the boy of her dreams.

While under the impression she’s being sentenced to punishment working at her aunt’s boardinghouse outside of Williston, Avery recognizes a connection between her aunt and the striking boy’s family. He and his nearly identical brothers are seeking revenge for the wrongful death of their oldest sibling and Avery becomes entangled in their vengeful battle over oil rights, loyalty and love. She falls for the brooding Gabriel Halden, the youngest of the brothers, against her aunt’s forewarnings, and unfolds more tribulation than any of them can anticipate.

Stubborn is the first book in the Stubborn series. This series is best read in chronological order.