For years my old pup Jethro has acted like he didn’t like my baby bassets much. He would leave any room that they were in, or at the very least be at the very opposite side of the room. My baby bassets would never even dream of petting him. So now I find it very odd that after all these years he has change his mind. Kinda. He can often be found now laying next to them in the family room while they play video games. After I get up each morning he makes his way to my oldest basset’s room cuddles and with him on the floor. My oldest basset can often be found sleeping on the floor. I’m not even going to address that.  It only took my old pup, Jethro, ten years to accept the boys. Hmmph…ten years. Take your time to make a decision pup. 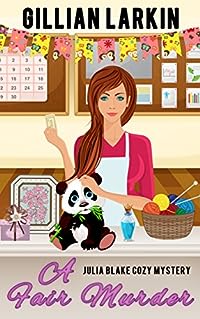 Julia Blake runs her own cleaning business. She has the unfortunate knack of getting herself involved in murder enquiries.

In this story, Julia helps out at the school fair for a local school. The new head teacher, Deborah Paignton has made herself unpopular by implementing changes to the school and continually upsetting members of staff.

Julia discovers the murdered body of Deborah Paignton after the fair has finished. She knows immediately there is more than one person who would have liked to see the end of Deborah. 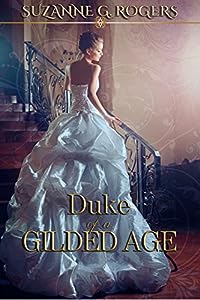 Duke of a Gilded Age
by Suzanne G. Rogers

When American-born Wesley Parker inherits a dukedom in 1890, he must learn to be an aristocrat. Assigned to the task is his attorney’s daughter, prim Belle Oakhurst. As they travel to England together on a luxurious ocean liner, their tempestuous relationship encounters more than rough seas. Although Wesley is increasingly attracted to Belle, she is already engaged. While Belle begins to regret her hasty promise to marry, she is bound by honor and duty to keep her pledge. Furthermore, a thoughtless fabrication on her part threatens to expose her as a liar. Neither Wesley nor Belle can foresee that their voyage across the Atlantic will be fraught with peril, and will cost more than one man his life. 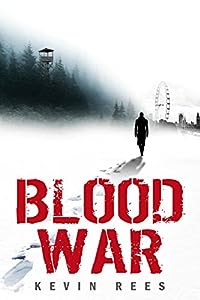 Only a Handful of World Governments Know the Truth – We Are Not the Rulers of Earth.

‘They have torn apart people I cared about. I want to know what those things are, Colonel.’

‘They are a genetic abomination — a split in man’s evolution, if you like, Keagan.’

Eddie woke up from one nightmare and entered another. Except, in this nightmare, the monsters are real.

After years of running away from his past as a medic with the SAS, Eddie Keagan’s combat experience is being put to the test again. He is recruited by the shadowy Colonel Sixsmith to guide a Third Blood combat unit through the corridors of a London hospital to hunt Bloodeaters who have fed well on the unfortunate patients and staff. Somewhere in the labyrinth of wards and rooms, the leader of the Bloodeaters is holding Eddie’s girlfriend hostage. Eddie will have to put his trust in the Third Blood Strike Team as he fights to get her back.

Across the other side of the world, a political conflict rages. The Third Blood Council, headed by President Gabriel Aquino, is preparing to elect a new member to the Council of Nine. Praetor Thoragan is one of the candidates, a deadly rival capable of doing anything to ensure his victory — a victory Aquino will have to stop at all costs.

In 1944 he tracked the secret to an SS camp buried deep in the vast forest of Bialowieza.

Now in 2019, he brings a centuries old conflict to a London Hospital and drags a reluctant Eddie Keagan into the fight to save the woman he loves.

As the fight in England rages; across a continent, Gabriel Aquino is also fighting a war to keep a madman away from the power he craves. 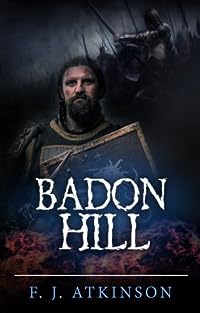 Rome’s protection had been withdrawn.
Britain’s underbelly was exposed.

The Saxons had conquered South East Britannia, but the lands further west had always eluded them. Repeatedly,they had tried to break Arthur’s dominance of the West Country, but to no avail. Arthur and his stronghold of Brythonfort were a breakwater upon which the Saxon threat always faltered.

But now things were different; now they had forged an alliance with a rogue British tribe and the ruthless Guertepir; now they could attack in great numbers and draw Arthur from his bastion. Their immediate goal was the restored spa town of Aquae Sulis.

Above the town, the high ground of Badon Hill awaited. Here, the battle would make the ground shake. Here, the conflict would forge the destiny of Britannia once and for all. 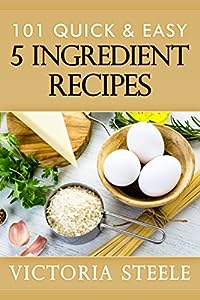 With 101 Quick & Easy 5 Ingredient Recipes, you’ll find everything from soups and appetizers, entrees and side dishes, to breads, salads and desserts. You don’t need to spend a lot of time searching, planning or preparing.
The 101 recipes give you a variety of menu options without being overwhelming. The ingredients are all right on your pantry shelves or in your refrigerator. And, best of all, you can put them together in minutes, not hours, so you have time for the important things in your life.
Nothing fancy here – just plain, wholesome and delicious recipes you and your family will love.