To Go Back, He Must Go Forward… 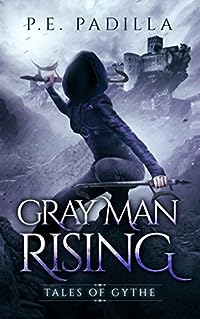 The Gray Man’s power is growing. Is there anyone on Gythe who can stop him?

From his fortress lair, the Gray Man, possibly the most powerful user of the vibrational energy called rohw the world of Gythe has seen in centuries, is gathering troops and increasing his strength. The only obstacles to his total domination are the order of Zouyim monks, themselves masters of the rohw, and the women who call themselves Sapsyra Shin Elah, the finest warriors in the world.

In this prequel to the Harmonic Magic series, Rindu Zose, his wife Ylleria, and their daughter Nalia Wroun, protectors of the common people, are caught up in events that quickly spin out of control, resulting in the destruction of the famed Zouyim temple. Will Rindu’s magic and the martial skills possessed by Ylleria and Nalia be enough to combat the Gray Man’s ever-increasing power? If they fail, everything they know and love could be destroyed forever.