We have bees. I am a beekeeper with my best friend and partner in crime. It sounded so much more exciting last year, but these winter months have proven to be very uneventful. I hate waiting. It’s nifty when the sun comes out, they can be found buzzing in and out of the hive collecting pollen and stretching their legs. I want to open up the hive and see what they are up to, ask them how their day is going, and see if I can spot the queen. We can’t though. Unless we want to knit little sweaters for all those bees, we have to keep the lid on to keep the warmth in. My partner in crime and beekeeping has been taking beautiful pictures of them. Her photography skills amaze me. Unfortunately I have no such awesome skill so I am just sitting on the sidelines waiting for the days to get warmer. 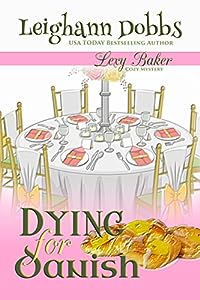 Murder can be bad for business…
When Lexy Baker lands a high paying catering job that allows her to buy some much needed kitchen equipment, she’s excited that things are going so well… until she stumbles over the body of the bride-to-be.

Suddenly Lexy finds herself in a race against time to find the killer. Aided by four iPad toting amateur detective grandma’s, her best friend and her little dog Sprinkles, Lexy finds the suspect list growing at every turn.

To make matters worse, the investigation is headed up by her hunky neighbor Detective Jack Perillo who she had been hot and heavy with – until he mysteriously stopped calling her several weeks earlier.

Add a handsome, rich bachelor who is also a suspect and seems to have designs on Lexy to the mix, and Lexy soon finds that things are not what they seem.

Will Lexy be able to catch the killer in time, or will she end up Dying for Danish?

Includes two recipes – one for homemade Danish from scratch and one for an easier version!

This is book 2 in the Lexy Baker Cozy Mystery Series, but you don’t have to read them in order if you don’t want to! 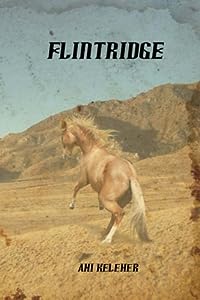 Byrne Jameson is a rancher with a secret.

Years ago he established a town on the very edge of the frontier, naming it Flintridge for the majestic bluffs surrounding the place. Byrne carved out a living as a mustang runner, chasing wild horses over the rough terrain. Those he managed to capture and tame were auctioned. At first, the rancher’s only hope was to make enough money to support his wife, who waited for him back east.

Now, life in the West is plagued by the presence of rough men, outlaws, who attack the frontier towns. Robberies and murders are committed indiscriminately. Lawmen are spread too thin to put a stop to the raids.

To curb the rising tide of crime, a new sheriff is sent out from New York. Alexander Judge is an eager young man, fresh out of law school.

With the coming of the railroad the small town’s population grows rapidly. Alexander has his hands full dealing with new influences and trades making their way into Flintridge.

As if the challenges posed by the untamed wilderness are not daunting enough, a new danger threatens Flintridge as its prosperity grows. A band of bloodthirsty killers, known as the Hayes-Lawson gang, moves into town, forcing Alexander out of his position as sheriff. Against his moral judgment Byrne makes a pact with them to ensure his survival, and that of Flintridge.

When the lawless rule of the Hayes-Lawson gang gets out of hand, Byrne determines that he must act, even if doing so might reveal details of his past which he would rather forget. Will his wife, his friends, and the townspeople trust him again once the truth is known? Will Byrne learn to forgive himself? 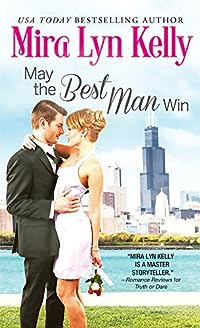 Jase Foster can’t believe his bad luck. He’s been paired with the she-devil herself for his best friend’s wedding: Emily Klein of the miles-long legs and killer smile. She may be sin in a bridesmaid dress, but there’s no way he’s falling for her again.

They can barely stand each other, but given how many of their friends are getting married, they’ll just have to play nice-at least when they’re in company. Once they’re alone, more than just gloves come off as Jase and Emily discover their chemistry is combustible, and there may be something to this enemies to lovers thing after all… 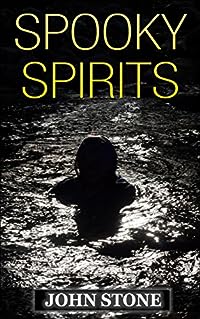 The awakening rage started forty years ago with the brutal death of a teenage girl. It might have been an accident, but then again, it might have been fueled by rage. Now, a whole flock of sheep have been mysteriously torn to pieces and strange ghostly happenings are on the increase in the sleepy seaside town of Astoria, Oregon.

Seventeen-year-old Danielle Knowles soon finds herself right in the middle of battle that spans not only decades, but other dimensions, as well. This battle has already been ordained through time and space to take place on the shores of Astoria’s loneliest, most windswept beach. It’s sure to end in a violent struggle not only for the fate of our world, but the fate of our entire universe.

Danielle wants no part of it, but she might not have a choice. While out celebrating her birthday, Danielle’s once perfect boyfriend suddenly becomes distant and violent. And to make matters worse, she starts seeing and hearing ghostly apparitions all over town.

However, as one part of her life falls apart, Danielle finds herself being offered an extremely well-paid job at a beach café and with a boss she hardly sees or knows. She also forms a unique friendship with her most regular customer, an intriguing dark-haired boy she knows as Phaedra. He’s a bit weird though. He doesn’t speak a word of English and flees every time her boss shows up.

Danielle is slowly losing her mind. With more ghostly happenings and violent incidents occurring every day, Danielle soon starts to realise that all of these various elements are connected. A dark, angry spirit is bubbling beneath the surface of Astoria and the awakening rage could threaten the fate of the entire universe. 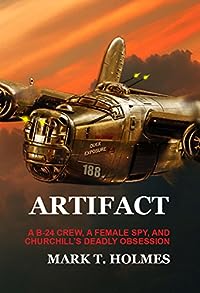 Artifact: A B-24 CREW, A FEMALE SPY, AND CHURCHILL’S DEADLY OBSESSION
by Mark Holmes

The chance discovery of an old WW2 flight log and piece of shrapnel in a Florida antique store compels a former B-24 ball turret gunner to reveal a long-forgotten secret mission to Ukraine in the fall of 1944… a mission that helped start what became known as the Cold War.