We Miss You Peter Paul Rubens

You just can’t tell me that exercise is all that good for you. I have been trying to be a better person and use the stationary bike at least 5 days a week as well as do a few sit-ups and push-ups. For some crazy reason when I woke up this morning my right arm decided not to work anymore and just be in huge pain. I need to use my left arm to make my right arm move. Just so everyone knows…cake has never done this to me. Sure it made me fatter, but the smile on my face made it all worth it. It’s time to bring back the Rubenesque period. 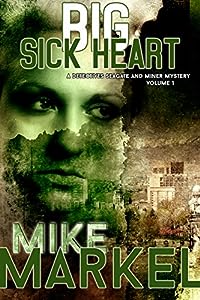 Bad decisions have finally caught up with police detective Karen Seagate. Her drinking has destroyed her marriage and hurt her job performance, and the chief is looking for any excuse to fire her. Still, she and her new partner, a young Mormon guy who seems to have arrived from another century or another planet, intend to track down whoever killed Arlen Hagerty, the corrupt leader of Soul Savers. Clawing his way to the top, Hagerty created plenty of enemies, including his wife, his mistress, his debate partner, the organization’s founder, and the politician he was blackmailing. When Seagate causes a car crash that sends a young girl to Intensive Care, the chief thinks he finally has his opportunity. But even the chief can’t believe what Seagate does when she finally catches the killer. 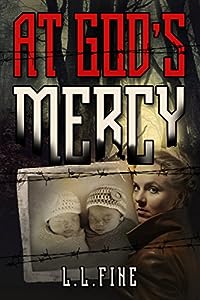 Can she save her twins?

Poland, World War II. A desperate young Jewish woman sacrifices her life to save her baby twins from the terrible death that awaits them.

Decades later, the two brothers travel to Poland to find her. Page by page they uncover the terrible secret of their bloodcurdling heritage. A long-dormant Nazi evil is resurrected, and once again threatens to take the twins’ lives. Will they survive the new storm?

At God’s Mercy is a captivating book that is hard to put down. It will take you deep behind the frontiers of human atrocity, where cruelty meets courage, and faith meets fate. Its chilling storyline bites hard at religious establishment and raises hard questions regarding Judaism, Christianity, human nature, faith and existence. 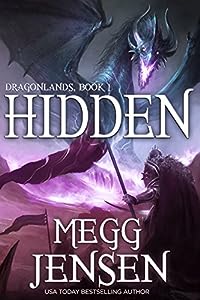 The first novel in a USA Today bestselling series from Megg Jensen!

Control the dragons. Rule the realm.

The mystery enshrouding Hutton’s Bridge is as impenetrable as the fog that descended at its borders eighty years ago. Each year, three villagers enter the mist searching for answers. No one ever returns.

Then a dragon falls from the sky to the town square, dead — the first glimpse of an outside world that has become nothing more than a fairy tale to Hutton’s Bridge. Except to Tressa.

Tressa grew up with Granna’s stories of the days before the fog fell. When Granna dies, leaving Tressa without any family, Tressa ventures into the fog herself, vowing to unravel the foul magic holding Hutton’s Bridge captive.

What she discovers beyond the fog endangers the lives of everyone she loves. 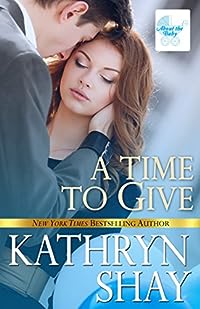 What does an unexpected baby bring? A marriage of convenience? A reconciliation? A rejection like no other? NEW YORK TIMES bestselling author Kathryn Shay delivers an emotional series, About the Baby, filled with sizzling romance, heartfelt pregnancy and baby scenes, and a unique look at the healing power of forgiveness.

In a TIME TO GIVE, Ben Cassidy has lost everything. A former CEO of a company he built and benefactor of a soup kitchen he started, he was tricked by an unethical vulture capitalist who cheated him out of everything. Ben hit the skids, but now is trying to get his act together. He allows himself to go to the soup kitchen as a guest once a week because it’s the single thing left of his accomplishments.

Emily is a volunteer at the soup kitchen and attracted to Ben from day one. But she suppresses her feelings because he’s a guest. For months, she keeps her distance but one night, when she gives him a ride home, they end up in bed together.

That one encounter changes everything between them until Ben learns two things: she’s the daughter of the man who destroyed him. And she’s also pregnant.

Follow these two people in their struggle to accept each other, their circumstances and the deep attraction they share. Poignant scenes involving all the characters reveal how difficult it is to repair broken promises and unrealized dreams. 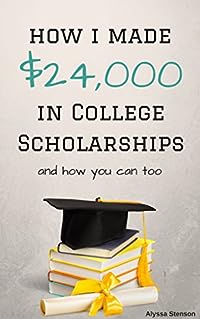 This is a step-by-step guide to winning college scholarships – from resumes, to recommendation letters, to essays. Most importantly, this book features a hyper-targeted web search strategy to identify local scholarships that students are more likely to win!

This is your guide to building your very own college financing package. I’ll teach how to you to understand:

1) How to make yourself look like an appealing applicant.
2) Where and how to find scholarships.
3) How to set up a winning application, from resumes to recommendation letters.
4) My proven method of stacking small, local, private scholarships
5) How to avoid scholarship scams (sadly they exist)
6) How to work with your college bursar to make sure your awards are processed correctly
7) Follow-up procedures once you’ve gotten your first award.