What Village Is This?

Once my mind gets stuck on something, there is just no getting it out until the job is done. I have been obsessing over what to about the little piggies outdoor habitat. I want to to it all natural one moment, and the next I want a little western town. Sometimes I go a little SciFi / Fantasy, depending on what book I just picked out for you guys. In the end it will have to be up to my abilities. I am going to dust off the old jigsaw and maybe start building the little structures and later go back and decorate them. Maybe a Dr. Seuss Whoville kinda thing? 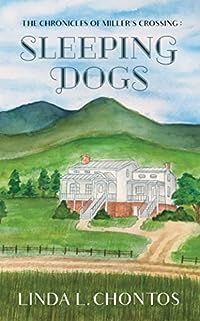 Sixty-two year old Matty Amoruso is still reeling from the sudden death of her husband when she discovers a hidden notebook in his file cabinet. If the message it contains is true, the man convicted of a local murder thirty-six years ago is innocent, and the real murderer is walking free.

Matty must decide if she is willing to uncover the truth, whatever the cost to herself and those around her.

If that wasn’t enough, there’s trouble afoot in their little country church where Matty’s friend, Willa-Mae, is leading the charge to get things back to the way they were before the new pastor arrived with his new ideas. 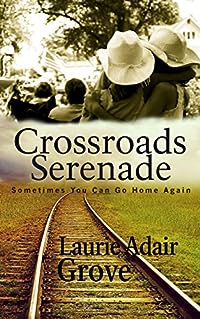 Meredith is managing okay since she left her hometown of Crossroads, Montana — she’s working, paying the rent and putting food on the table for herself and her child, at least. But no matter how much time passes, she can’t forget Pete, the only man she’s ever loved. Meredith wonders how she can move on, when just looking at her little boy so painfully reminds her of everything that’s happened.
Her son is five when Meredith returns to Crossroads to claim The Serenade — a popular hotel, bar and restaurant — which she inherits from a dear friend who treated her like family when her own family did not. A single mother from a rough background, Meredith knows life is not all roses, and that she will have to work even harder than ever with her new responsibilities. But she has no idea of the obstacles that she must overcome, now that she has moved back home to claim her inheritance and hopefully reunite with Pete. The story continues in the sequel, The Pink Victorian. 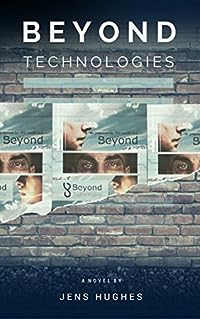 Beyond Technologies
by Jens Hughes

In 2032, Beyond Technologies invents the means to preserve cognitive brain function indefinitely. One’s brain could live eternally in one of Beyond’s tanks in lieu of dying naturally in a shared, utopian state. By 2047, many skeptics and atheists spend their lives working to afford this service. A group of religious extremists turns to violent means to oppose it. The extremists believe Beyond robs souls from God’s final judgment, and that Beyond persuades potential believers away from religion. Certain members of the government feel that Beyond is gaining too much power and look to sabotage them.

A defeated former soldier and current Beyond security guard, Wells Taylor, finds his job mundane and his life meaningless. He is a man who long ago lost his faith, and more recently, his resolve. Attaining a man-made afterlife is his only true motivator until executives entice him to accept a position to uncover the identities of the company’s enemies. With the help of brilliant technology, Wells expertly tracks leads, but the opposition’s determination forces him to make choices on the lengths to which he is willing to go.

Beyond Technologies is a novel that looks deep into the power of belief. What would you be willing to do for something that you truly believed in, and would the consequences of your actions be a tainted conscience or a tainted soul? 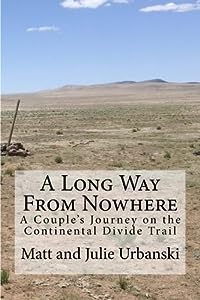 A Long Way From Nowhere: A Couple’s Journey on the Continental Divide Trail
by Julie Urbanski, Matt Urbanski

What is it like to hike the length of the Continental Divide Trail? For Matt and Julie, also known as Optimist and Stopwatch, life on the trail meant twenty-seven days without seeing another hiker, six bears encountered within fifteen hours, two sets of maps, a GPS, and a compass to find the trail, and both wildfires and massive flooding to add to the adventure. Hiking the trail also meant a dramatic shift in perspective, a strengthening of love and friendship, and a redefining of the journey.

This is the story of the couple’s 3,000 mile walk on the Continental Divide Trail, through New Mexico, Colorado, Wyoming, Idaho, and Montana. Both Optimist and Stopwatch play a role in narrating the story, revealing how differently they both think and act in the face of challenges but also how well they work together to complement each other.

Few people know about the Continental Divide Trail and even fewer have hiked the entire length of it, creating an air of mystery surrounding the trail. Optimist and Stopwatch explore the many layers of the trail life on the Continental Divide Trail as they make their way over desolate terrain, eventually finding solace in the very aspects of the trail that made them question their desire to ever take on such a challenge. 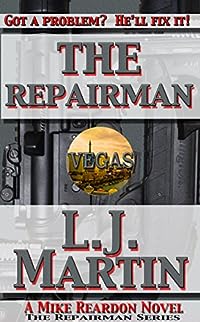 The Repairman: A Mike Reardon Novel
by L. J. Martin

Got a problem? Mike Reardon, the repairman, can fix it. Your son in debt to his dope dealer? Your captain steal your plane or boat? Someone put a hit on you? Mike Readon, as a Marine, was taught to search and destroy, now he’s got to do what he knows! Acclaimed action adventure writer L. J. Martin brings you the ultimate kick ass fiction… don’t pick this one up unless you’ve got time to read cover to cover.