If I jog a bunch today, can I take it easy for the rest of the week? Oh wait… it’s Sunday. It’s a day of rest. I will try again Monday. 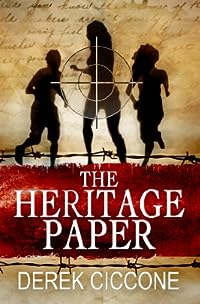 The Heritage Paper
by Derek Ciccone

History changes with each turn of the page!
What seems like an innocent school project to trace family history, reveals a dark secret.

Maggie Peterson uncovers that her great-grandmother, Ellen, was part of the inner-circle of Nazi Germany. What’s more, she has left behind clues of a diabolical plot that connects to historical events ranging from Pearl Harbor to 9/11… all building to the upcoming presidential election.

The claims are met with heavy skepticism, and attributed to the failing mind of an elderly woman. But each passing clue washes away doubt, leaving Veronica Peterson trapped in a mother’s nightmare – her instincts are to protect her daughter’s safety at any cost, but knows that Maggie might be the only chance to prevent a sequel of the worst horror story the world has ever seen… and must let her run toward the danger. 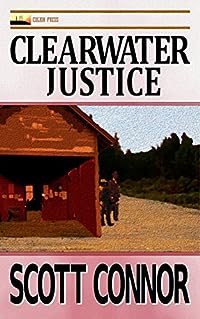 For five long years Deputy Jim Lawson has wanted to find the man who murdered his brother Benny. So when prime suspect Tyler Coleman rides into Clearwater, Jim slaps him in jail. But almost immediately the only witness to the appalling crime turns up dead and the outlaw Luther Wade rides into town and vows to break Tyler out of jail by sundown.
Then Jim’s investigation takes an unexpected twist when he finds evidence linking Benny’s murder to the disappearance of the beguiling Zelma Hayden, the woman he had once hoped to marry.
Can Jim uncover the truth before the many guns lining up against him deliver their own justice? 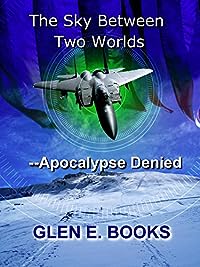 It’s 2031. The world is divided between hostile superpowers–East and West. Kantak Johnson, about to graduate from MIT and join the Air Force, hears classmate Harvey Jamison describe a new material that he discovered.
Kantak recognizes the material can prevent radar detection of military aircraft. But Harvey’s professor, no friend of America, realizes the same thing, and discloses it to the East.
The two college students are suddenly thrown into a world of international intrigue and assassination. They are the potential victims.
As events unfold, the two hostile blocs, East and West, each build stealth warplanes that the other can’t detect, neither side knowing what the other has. The blocs dispute an old treaty concerning oil. The dispute leads to skirmishes. A misdirected drone strike leads to war.
An Eastern air armada threatens conquest of Alaska and invasion of North America. Stationed in Alaska, Kantak must take to the air to defend his family, his birth village and his country… and somehow survive. 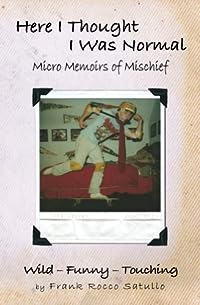 Here I Thought I Was Normal: Micro Memoirs of Mischief
by Mr. Frank Rocco Satullo

Funny and wild times make for an enjoyable read one short story at a time in this humorous and entertaining memoir book about getting into mischief while growing up and parenting.

Have you ever met the kind of person that people gravitate around to hear a story? If such captivating verbal storytelling were captured in written words that take only two or three pages to tell, made you laugh out loud and want to read aloud to whomever was present, you’ll love, “Here I Thought I Was Normal: Micro Memoirs of Mischief.”

These stories are your stories, sort of. And that is why so many people have enjoyed them. The wild, funny and touching tales may trigger memories of your own similar experiences. Others live vicariously through the adventures. Some are appalled at times. The short stories in the collection have curious titles such as Streaking, Gore Orphanage, Wrestling a Bear, Crazy was in the Air, Walk of Shame, Practical Joke Gone Bad and Pleasure Attic just to name several.

The 107 real-life micro stories are about growing up and parenting in America from the 1970s to present. It was only as the author grew older, sharing in conversation with others, that he began to realize that perhaps his life wasn’t all that normal. He seemed to have more stories of mischief than most folks. Some pushed the boundaries of comfort. Nonetheless, these short stories left listeners at the edge of their seat asking for more. 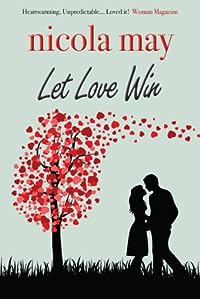 Let Love Win
by Nicola May

Ruby IS BACK and never expected to be starting over… but after a shocking bereavement, she begins to question whether or not she will ever be happy again.

A chance encounter with handsome author Michael Bell throws her fragile heart into turmoil. Plus, a dark family secret and completely unexpected love interest add to her confusion.

Encouraged to face her demons, she volunteers at The Bow Wow Club – (Boyfriends of Widows, Wives of Widowers).

In this charming sequel to Working it Out you will laugh and cry along with a myriad of eccentric characters as Ruby searches for her inner peace. But will she let love win? Or allow her past to continue to haunt her