A Unicorn Walks Into A Room

One task I hate more than any other daily task is that of deciding what to make for dinner. When I think about it my brain twists and turns and my gut hurts. I have to make something that is both healthy and something my baby bassets would eat. Those kids are exactly what stresses me out about dinner. I could slave away for hours and they will scream and thrash around like I am asking them to eat a live eel. I did discover one recipe this week though that I thought was a gift from God. The best ingredient in it is crushed pork rinds. It’s used in the breading of the pork chops and tastes delicious. Hubby and I are on a low carb diet and it was perfect for our plan. Pork rinds are perfectly acceptable for our diet. I truly believe in Unicorns now. 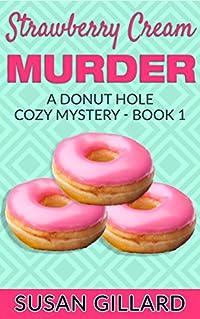 Donuts, deceit and the potential murder of a former assistant find Heather Janke at the center of a mystery in which she is a potential suspect and possibly the only one capable of discerning the truth.

Was her former assistant Christa murdered and if so, why?

Follow Heather as she searches for clues to get to the bottom of this sweet caper. 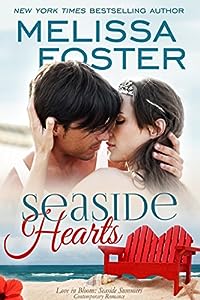 Seaside Summers is a series of stand-alone romances that may also be enjoyed as part of the larger romance series.

IN SEASIDE HEARTS…
Jenna Ward is vivacious, spontaneous, and confident–except when she’s around the man who stole her heart years earlier, strikingly handsome, quiet, and reliable Pete Lacroux. After years of trying to get his attention and overwhelmed from dealing with her mother’s new cougar lifestyle, Jenna’s giving up on Peter–and is ready to explore other men.

As the eldest of five siblings, with an alcoholic father to care for, boat craftsman Pete Lacroux always does the right thing and has no time for a real relationship. He’s looking forward to seeing his friend Jenna, a welcome distraction who’s so damn sexy and so painfully shy that she equally entertains and confuses him.

When Jenna picks up a hard-bodied construction worker, jealousy ignites Pete’s true feelings, and he’s powerless to ignore the desires for Jenna he never realized he had. But Pete’s not the quiet guy he appears to be, and his life is anything but conducive to a relationship. Can Jenna handle the real Pete Lacroux–the sexiest, most passionate alpha male she’s ever seen–or will she crack under pressure? And can Pete reclaim the life he once had without tearing apart his family? 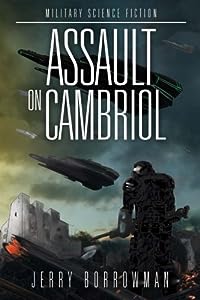 Assault on Cambriol: The Manhattan Trials
by Jerry Borrowman

Captain Pietr Jesik of the Boundary Patrol Cutter Lentissimo is having a bad day, particularly when a small space roundabout piloted by two cadets from the prestigious Kalenden Arms Academy make a bombing run on the sulfur pools on Kalenden’s primary moon. The shimmering dust cloud that is thrown thousands of kilometers into the sky makes for a dazzlingly beautiful display, not unlike the Northern Lights on ancient Earth, but it’s bound to stir up controversy in the Quadrant Council.

In a sweeping saga that crosses hundreds of parsecs of space, Assault on Cambriol tells the stories of Pietr Jesik, his first officer Thomas Brighton, and Lieutenants Travis Eaves and Sean Magill as they are called upon to work their way through intricate battles, both military and political. If they fail there will be all-out war between the Earth Descendencies, with tension running high at the historic “Manhattan Trials” among these colonies long isolated from their shared roots in ancient Earth. 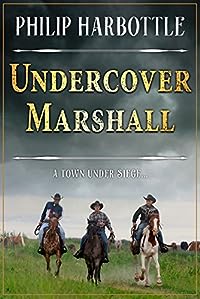 The town of Dry Acres is under the oppression of a two-pronged, crooked alliance between jack-of-all-trades Mark Grayson and Sheriff Henry Binalt.

Having diverted the watercourse to his own ranch, Grayson has starved the local ranches – including the Dalman’s Roaring G spread – of water.

And Binalt’s high taxes to the homesteaders are starving the people off the land.

Fed up of all the corruption, the local newspaper editor, Gil Radford, tries to expose them both but ends up murdered before he can publish his expose.

Having witnessed his death, Radford’s niece, Ann Dalman, resolves to carry on the fight and calls in the help of his old friend, Blake Carson.

While Carson manages to flush out Grayson, Binalt is a harder nut to crack. All Carson can do is run for Mayor in the upcoming town election.

Determined to protect his secret interests and continue his illegal stint as Mayor, Binalt hires a notorious gunman to eliminate Carson – the outlaw Jeff Oakroyd.

But what Binalt doesn’t know is that “Jeff Oakroyd” is already dead at the hands of the law.

“Jeff Oakroyd” is in actual fact, Parry Kelby – a US Marshall from Caradoc City investigating the allegations and rumours swirlling about Binalt.

As far as Kelby is concerned, Binalt is guilty but he needs proof of his crimes.

However, Binalt is a slippery man and at any sign that a US Marshall is sniffing about, he’ll destroy anything that implicates him.

If Kelby plays this long undercover game right, he might just get all the evidence he needs and in the process, save Carson and the citizens of Dry Acre.

Can he fool Binalt long enough to bring him down for good?

Based on a short story by the classic Western writer John Russell Fearn, Undercover Marshall is a suspenceful, nail-biter of a novella – perfectly balancing out thrills with blood-pumping action. 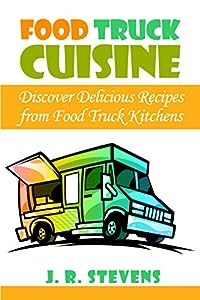 The Ultimate in Food Truck Cuisine

Unique, bold, inspirational street food. Food Truck culture has become a huge cultural success for our eat-and-run society. But that doesn’t mean compromising anything in quality or taste! From New York to San Francisco, Vancouver to Key West you will find a wealth of delicious recipes straight from food truck kitchens!

From tacos to poutines, hoagies to bento boxes – so put things in park, line them up in your kitchen, and get ready to be impressed!