Free Books For That Friday Feeling

This Friday morning feels like I am the last person in a race to cross the finish line, with my arms waving and I collapse as soon as I cross the line. It’s only a 5k, but it felt like a full marathon. Everybody has already left to celebrate and I am face down on the ground panting. In fact… I think the banner just landed on me. You know what I am going to blame this on. A Healthy diet and exercise. Nothing makes me feel worse than healthy junk. Nobody cries after eating a thick chunky cookie. Plenty have cried after sit-ups though. 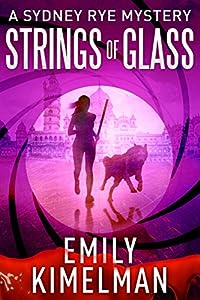 STRINGS OF GLASS (A Sydney Rye Mystery, #4)
by Emily Kimelman

Justice with a Vengeance

Trouble finds Rye when she stops the attempted rape and murder of Anita, a reporter working on a story of corruption and child trafficking. The atrocities Anita describes send Sydney and Blue on a quest that takes them across India after a dangerous and, up until now, untouchable, figure. 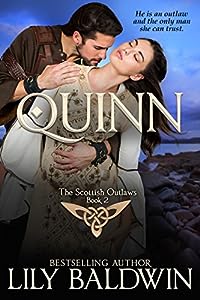 He is an outlaw and the only man she can trust.

Quinn is a Scottish rebel and outlaw to the crown–not the sort of man for a proper English lady. But when Lady Catarina is accused of a horrific crime and is forced to flee Ravensworth castle for her life, the only man she can trust is the one man who believes she is innocent, Quinn MacVie.

Join Quinn and Catarina as they disappear into the wilds of the Scottish Highlands where danger follows at their heels and desire burns in their hearts. 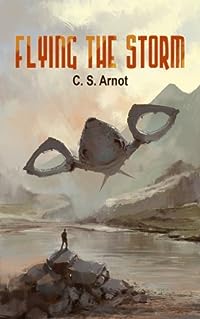 “It’s only bravery if there’s a chance you’ll lose.”

The Gilgamesh: a colossal airborne warship and relic of the Thirty-Year War. Once the glorious flagship of the North Atlantic Union, it has become a hive of renegades and pirates, unchallenged in the skies over Eurasia. Like an angry god, it dominates wherever and whomever it chooses.

Now it has chosen the Crimean Peninsula, the most lucrative trade hub on the Black Sea.

In Sevastopol, two Gilgamesh marines are dead, and in seconds the merchant airman Aiden has become a wanted man. It doesn’t matter that it was his pilot, Fredrick, who got them into the fight in the first place – Aiden finished it. Now they must run, taking their aircraft deep into the Caucasus Mountains to evade capture and execution.

Through dogfights, shootouts and cock-ups the pair must make their escape, hounded by bounty hunters and slavers, driven to discover a secret that might – just might – change the balance of power forever… 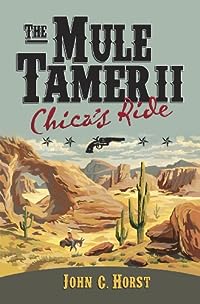 Nineteen-hundred is a new century and a new era, yet the fearless Chica and her beloved Arvel Walsh have an old score to settle. Sombrero Del Oro is back and he has stolen something that will unleash a fury that neither he nor his gang have ever known.
She was once wild, and now tame, once vulgar and now refined. The bride of a blueblood Easterner, a loving mother, a devoted wife, but it quickly becomes apparent that she has not lost her edge. Chica has everything to lose and is more terrifying and ruthless than ever. The beautiful devil (or angel) can battle the worst of the worst and get what she’s after.
Chica and her Arvel will not do it alone. The old gang is back! The men, the women, the horses and mules you learned to love so in The Mule Tamer have returned. Dick Welles the stalwart Arizona Ranger, Dan George the imitable lawyer and longtime family friend, Billy Livingston the aborigine healer, Will Panks the dynamite wielding prospector, Ging Wa the gentle servant girl turned physician and Pilar, the real mistress of the mule ranch. All have one purpose, to help the beloved Walsh family travel through the wilds of Mexico to bring justice as they battle the worst evil known to man.
It is a new millennium, talk of the end of the world, the second coming of Christ, the grand eclipse of nineteen-hundred; will it herald the apocalypse, the end of days, the new beginning? Is Chica the chosen one, the one sent by God to enact vengeance, purge the world and prepare it for the great conflagration? Or is it just a great hoax conjured up to scare Gold Hat and his men out of their wits? Find out in The Mule Tamer II, Chica’s Ride. 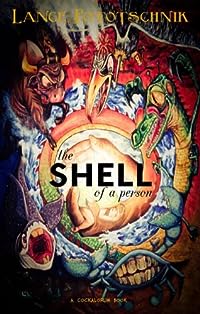 The Shell of a Person
by Lance Pototschnik

“Never have disgusting, miserable living conditions been so funny. When someone finally finds a way to send back a report from hell, I hope it will be Lance Pototschnik. Except this guy is going to heaven, for the way he writes.” –The Kindle Book Review

“Welcome to beautiful Costa Rica! Come and experience our diverse wildlife. Exhume nests of dead baby turtles and stay up all night while mosquitoes elicit blood from your very soul! Indulge in the local cuisine. Eat rice and beans until the malnutrition engenders hallucinations! Travel west to Guanacaste, to the peninsula that pokes into the Pacific like a fang. Visit the remote, cocoa-dust beaches where rare sea turtles crawl from the seething ocean to nest. Here, masochists will enjoy camping beside the water to leave civilization and all its conveniences behind. Burn bucketfuls of used toilet paper, shiver in an infested bed, and wade crocodile-filled rivers every single day!”

Lance Pototschnik and his friends must have booked their trip with that agency. Their incredibly affordable “vacation” was meant to be a relaxing time to meditate on the direction of their languid, aimless lives. Instead, they are introduced to hell and the insane diversity of its tortures.

Marooned on a remote sea turtle conservancy with a handful of fellow unanchored souls, Pototschnik, in his hilarious debut memoir, ponders who he essentially is, and what he is likely to become. In Pototschnik, those who have fallen prey to the desolation of broken dreams, the young and the listless, finally find a voice with the talent to cast out demons and turn them into laughs.

Beneath its shell, this rollicking, episodic story is also a treatise about finding your purpose, realizing your full potential and learning to love your own life. Pototschnik’s very personal book happens to be the story we have all been hoping for.