All the critters are working against me. During the week I always feed them at the same time, and even in the same order. It always goes, kitty first because he screams the loudest. Next is pup because he doesn’t bark or nag at all and I don’t want him to wait a second longer. The guinea piggies are last, and that is all their fault. As soon as they hear kitty being fed they start making a super cute weeking sound and jump around. I think this is the most adorable thing in the world, so I leave them for last. All this is very normal during the week, but on the weekend it’s a different story. It’s the kitty that sets everything in motion, so I hide from him under the covers. I love sleeping in on the weekend, but once kitty knows I’m awake, its over for me. I think he is catching on though. 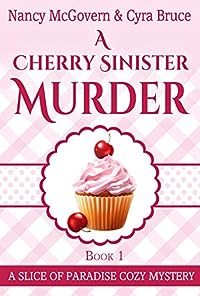 So, when her grandmother calls and asks her to move to Florida to help run her café, she cannot get out of Minnesota fast enough! And before she knows it she is standing in Paradise Point, the beautiful, oceanside plaza in which Bessie’s Café is located, hardly able to believe her good fortune.

Life is now exactly how Faith had imagined it could be. She’s made wonderful friends. The café, now renamed the Slice of Paradise, has been renovated to showcase her amazing desserts. And both locals & tourists are loving it!

Well, all except for one…

The owner of a nearby cupcake shop is not at all happy with Faith’s arrival in Paradise Point. She has accused Faith of trying to ruin her by stealing her recipes & designs. And she is not shy about letting everyone know it.

So, when the woman is found dead the day after their confrontation, people immediately begin to consider whether Faith is the killer…

Is Faith guilty of murder? If not, who is? And can Faith find a way to clear her name before her dreams turn into nightmares?

Find out in A Cherry Sinister Murder! 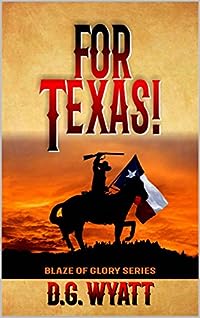 Exciting new Western drama filled with action, adventure and one young man fighting for his freedom!

William Connors is a young farm boy who has grand dreams of seeing the world. He runs away from home, hits the trail, but discovers the world isn’t like his dime store novels. He soon finds himself framed for robbery and murder. On the run from the law, with a peacemaker in his hand he has to fight his way to freedom and justice… because the law doesn’t always get the right man… and sometimes you have to fight harder than hell for justice in this world.

This exciting new Western from D.G. Wyatt takes the reader on a one-man rampage as one innocent young man, wrongly accused, seeks to take the law into his own hands and clear his name. 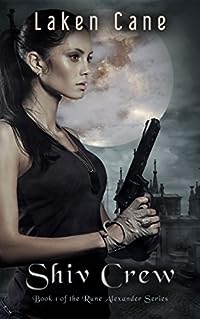 The book that started it all…
Supernatural beings exist in Rune Alexander’s dark world, and as an agent in her county’s law enforcement, it’s her job to protect the humans from the various mad vampires, evil shifters, and rogue wolves that roam her city.

When she discovers that an unknown human is abusing the supernatural groups, she and her devoted crew must break the rules and protect the Others from the humans–and they begin to realize the real monsters aren’t necessarily the vampires or werewolves.

The real monsters can be all too human.

Haunted by unbearable, shameful secrets and tormented by her past, she seeks redemption in pain and searches desperately for a sweet absolution that continues to elude her.

As she and her crew become embroiled in a bloody battle to save the Others, she can’t help but wonder who will save her from herself. 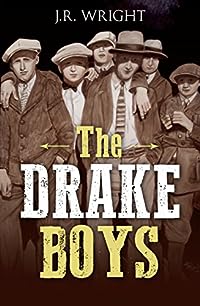 From the best selling author of Legend of the Dawn and a dozen other works of historical fiction, comes another slice of America’s past. Like J.R. Wright’s other novels, The DRAKE BOYS is assured to charm, tantalize and shock as he takes you on a wild ride through the Great Depression. But then what would that era be if not for prohibition, bootleggers, and gangsters.

The Drakes were a family that did what was needed to survive on the high plains, when all else has failed. Enter Fritzie Palmer, in pursuit of the youngest Drake and you have a real Bonnie and Clyde romance.

Love, danger, charity and good old American courage, you won’t be disappointed with this one. 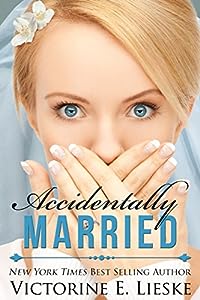 From the New York Times best selling author of NOT WHAT SHE SEEMS.

Madison Nichols, aspiring actress, is floundering. Her rent is due and she needs a job. Desperately. After getting a tip about an open position, she rushes to Jameson Technologies and meets CEO Jared Jameson. Unfortunately, due to a misunderstanding, she is put in the awkward position of pretending to be his girlfriend. Not the job she was applying for. And when she finds out Jared lied to her to get what he wanted, she decides to get back at him. In front of his family.

Jared is stunned when Madison announces they are getting married. She pushed her revenge too far. How can he tell them it’s all a lie? And when his sick aunt asks them to be married before she dies, Madison comes up with a hair-brained plan to hire an actor and stage a fake wedding.

What they both don’t know is Jared’s father has found out about the fake wedding. And he’s got his own hair-brained plan.

This is a sweet romance, appropriate for any age.