Having suffered horribly at the hands of his own family, Lian struggles to survive against tremendous odds. Merely escaping from the dark fate planned for him by his enemies would be a feat. How can one man alone face the might of the Usurpers and reclaim the throne of the Kingdom of Dunshor? The Kingsblood Chronicles by David J. Houpt, is storytelling at it’s finest, with fantastic characters that take you on a journey from sea to desert plain. Enjoy! 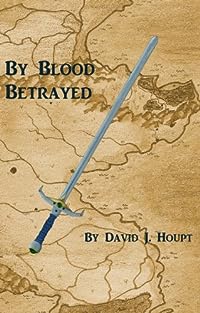 A bloody and brutal coup was the last thing anyone expected on the thirtieth anniversary of King Evan’s victory over the wizard-ruled Theocracy, especially one that came from within. The king and queen, their closest advisors, and five of their six children perished under the knives and spells of the assassins hired by Evan’s half-brother in his quest for power. Only the youngest son, Prince Lian, was able to escape his family’s fate and flee into the demon-ridden Firavon’s Tower. Lian must find a way out of the haunted tower and away from the capital if he is to have any chance to survive, but danger and enemies lurk behind every shadow. 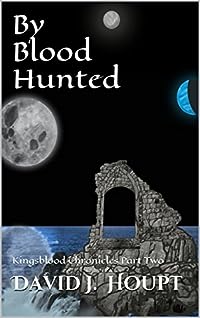 Prince Lian Evanson has fled the Kingdom of Dunshor, pursued by the mages, seers, and assassins in the employ of his uncle, the Usurper King Rishak Garvelson. A brutal and bloody coup ended the lives of the rest of Lian’s family, but he managed to escape that fate by the slimmest of margins.

In the months since that terrible night, Lian has lived under an assumed name and identity and has taken a berth aboard the mercenary ship Searcher as her siege engineer along with his three steadfast allies: the goblin scout Snog, the intelligent spellsinging sword Gem, and the imprisoned necromancer known only as Lord Grey. The four companions must face the dangers of the seas and a mercenary’s life while still attempting to avoid King Rishak’s hired killers.

But the king and his Master sorceress queen, Jisa, have even darker plans for their fugitive nephew, and Lian is unaware that he sails toward dangers beyond imagining. 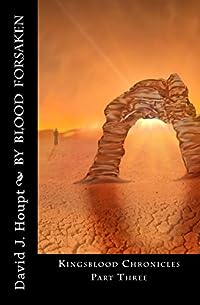 Prince Lian Evanson, the last surviving member of his family, withstood storms at sea, a vicious attack by the wraiths of his own brothers and sisters, and a shipwreck in the harsh western wilderness of the southern continent of Vella, only to be captured by the sole remaining wraith. That wraith, a twisted Undead mockery of his twin sister Radiel, is bound to the usurping Queen Jisa’s will for one purpose above all others: to kill him.
Too late to stop the wraith’s attack, the elven assassin Celewyn must ally with the skull-bound blackrobe Master wizard known only as Lord Grey to set out after Lian’s captors in a desperate bid to reach him before Princess Radiel carries out her evil intentions.
But the price to reach him in time may be higher than the assassin known as the Shadow is willing to pay… 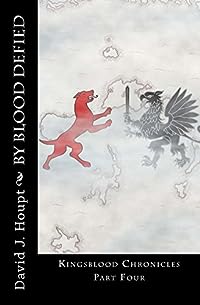 Prince Lian Evanson, sole surviving heir to the throne of the Kingdom of Dunshor, has traveled across the world of Tieran not only to avoid the hunters his aunt and uncle have sent after him, but to follow the enigmatic hints given to him by the goddess of vengeance. Now deep within the cursed desert that was once the heart of an empire, Lian has met the sorceress Zaria, a woman of terrible power, and she has joined his small band to help him overthrow the Usurpers.

Lian now faces a long and dangerous journey back to the northern continent of Shara, and he must find a way to gather forces in order to topple his uncle’s hold on the throne. But he also faces the monumental task of gathering allies and building an army while avoiding death at the hands at his uncle’s assassins and wizards. Can he find a way to defy his aunt and uncle and liberate the country from their illegitimate rule?