I am pretty sure most neighborhoods have the same unwritten rule about parking. Everyone has their spot. If you are a guest visiting, the rule doesn’t apply. For the people who live on the street, they know where their spot is. Well, someone took my hubby’s spot in front of our house, three days in a row. After taking an opinion survey from a few of my neighbors, it was established that it is just plain rude. Now here comes the tricky part. A note on the windshield is the obvious answer, but it’s hard not to sound rude in a note. I thought about it long and hard and this is what I wrote:

This is my Guinea Pig, Henry 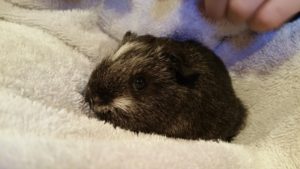 He asked me why you keep parking in front of our house. I was amazed that he could talk. I had no clue. I guess I should have asked. I have only known Henry for a few weeks, and I am still getting to know him. To be fair, he and his buddy  Coco, are the first guinea pigs I have ever owned, and no one told me that they can talk. Don’t get me wrong. I did my research on guinea pigs before adopting them, and I thought the talking guinea pig videos were a joke. It looked fake. Their lips weren’t even moving correctly with the audio.

Henry hasn’t said anything more since he asked why you keep parking in front of my house. I have tried and tried, but with zero success. Coco won’t even give me the time of day, so I am not going to even try with him. Maybe I am not asking Henry the right questions. I guess I will give him a break for a bit. He might just be tired. I will see if my cat Sinny has anything to say. I have known him for fourteen years, and the only thing he has ever said to me was, “ME NOW!”

I don’t recall ever seeing a man so confused, and so quick to move his car. 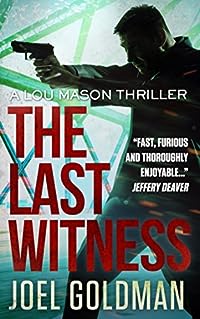 What’s it like to be a target for murder? Every step you take, every sigh you make – could be your last. Could you outsmart a desperate killer?

Just as his life has returned to normal, Lou Mason’s surrogate father, Homicide Detective Harry Ryman, arrests his best friend, ex-cop Wilson ‘Blues’ Bluestone, Jr. on murder charges. Mason rolls in like a freight train to defend Blues and uncovers dark and terrible secrets – secrets worth killing for. As his investigation closes in on the killer, the hunter becomes the hunted… and all Hell breaks loose.

Lou Mason is back in The Last Witness and this time, it’s personal. Our sexy, brilliant, and flawed trial lawyer unwittingly becomes the sole focus of a brutal killer. Witness this second thrilling installment in the Lou Mason series.

Enter the dangerous and dark world of this fast-paced legal thriller that moves the reader relentlessly through twists and turns to a shocking end. 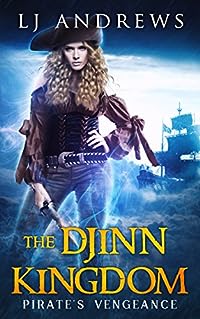 “A wild and fun ride with pirates! Danger, fun, magic, and a touch of romance”

The tattooed pirate jumped onto the side of the ship and held tight to the rigging. “Gents,” he smiled. “Ye know what to do.” With a maniacal laugh he leapt across the gap between ships until joining his captain on deck. Two enormous men with blackened teeth faced the captured crew.
“Ye needs be vetted to join the crew of Smythe. Any deemed unworthy, or cowardly will fly to the Below. Boys, line ’em up.” It was time to join the world of sky pirates, or die.

Launi Kingdom is built on floating islands, full of wonderful adventures for eighteen year-old Nova. But when her father is kidnapped by sky pirates, her carefree days are over.
Armed with her father’s leather bag, an old pirate seal, and a mysterious jeweled dagger found in the wall of her home, Nova sets out disguised as a boy to find the legendary Captain Phoenix. Only a man such as him could bargain for her father’s safe return.
But before she can reach Captain Phoenix her ship is attacked by pirates, and Nova is forced to join the crew or die. Now she must survive the riotous crew for her father’s sake. Soon she finds there is something more to the jeweled dagger? and herself. Something dangerous.
Nova must unravel her family’s secrets before the dark power overtakes her, or her father will be lost forever and she’ll become what she fears most. A pirate. 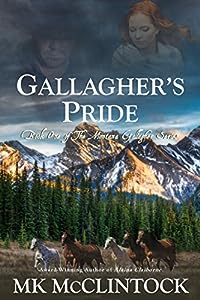 She was on a quest of discovery.
Brenna Cameron travels from Scotland after losing someone she loves in search of family she didn’t know existed. Alone now in the world, Brenna makes an arduous journey, following the trail of discovery to Briarwood, Montana. Here she meets Ethan Gallagher, and the rest of the Gallagher clan. Only with their help is she able to discover lost family, heal old wounds and embark on a treacherous confrontation with a man who destroyed her family.

He was on a quest for revenge.
As head of the Gallagher clan, Ethan has more than enough to occupy his thoughts and time-he didn’t need the complication of Brenna Cameron and he certainly didn’t need the trouble that came with her. Ethan takes on the unwanted duty of self-appointed protector to the headstrong Scot, only to discover there is such a thing as second chances and more to life than revenge.

Together they would discover a second chance.
Experience an unexpected western experience that will take you from the Scottish Highlands to the Montana frontier. If you love adventure, danger, and timeless love, you’ll enjoy Gallagher’s Pride, the first in a series about a frontier family’s legacy, healing old wounds, and fighting for the land they love. 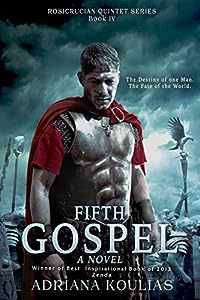 From the acclaimed Author of TEMPLE OF THE GRAIL, THE SEAL and THE SIXTH KEY comes a singular achievement, a novel that transcends the four known gospels to unveil a secret kept hidden for centuries: the secret of the two Jesus Children.

The destiny of one man. The fate of the world.

It is 1244 and the Castle of Montségur is under siege. Trapped in the small fortress perched high in the Pyrenees Cathars and their supporters fight to avoid death on the pyre at the hands of the Catholic Church. Amidst the carnage and mayhem of war, a woman mysteriously appears to Cathar Perfect, Bertrand Marty – a woman with a tale to tell.

Two worlds collide, Judea and France, as she unfolds a story of shattering proportions, revealing secrets, both dangerous and devastating, which have been hidden for centuries in the annals of a Fifth gospel.

A story of courage and sacrifice, of faith beyond life, and of astounding secrets buried in time. 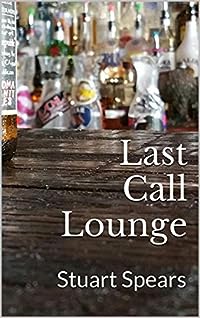 Little John is struggling to fill his late father’s shoes. He has inherited his Dad’s bar, but not his common sense. When he catches a cocaine dealer operating out of his men’s room, Little John tries to compromise with him to avoid trouble. Now he’s hiding $42,000 and a gun for his friend (and dealer). A massive hurricane is bearing down on the Gulf Coast. He’s failing as a father and constantly disappointing his ex-wife. And the love of his life just walked back in. It’s shaping up to be a hell of a weekend.