Forged Into A Legend

This wonderful collection by J.B. Markes are such well thought out and well executed stories whose characters come to life in a world so vivid that readers can easily pictures themselves  right there with the heroes. Enjoy! 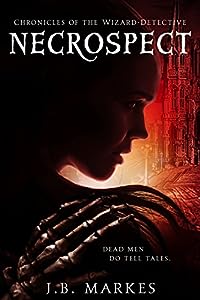 The Archseer has been murdered, leaving the Academy Magus — the world’s foremost center of magical learning — leaderless. It’s not that Isabel doesn’t care; she just has her own problems to deal with right now. Being slowly ripped apart from the inside by the very spells she casts, she’s running out of options.

Enter Gustobald Pitch, expert necromancer and self-styled wizard-detective. Shunned by the good wizards of the academy, he will need Isabel’s help if he is to uncover the plot, avenge the Archseer’s death, and remember exactly where he left his smoking pipe.

Necrospect is a light-hearted dark fantasy with just the right amount of quirk. So grab your wands and get ready! Dead men do tell tales. 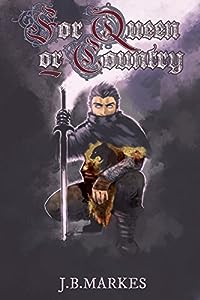 Marcus Whitman is the squire of the Queen’s Champion Sir Alexander Kenthal, a man who has forged himself into a living legend wielding a magicked blade of questionable origin.

But when Sir Kenthal is given the impossible task of bringing a rogue sorcerer to justice, Marcus learns that the Champion may not be the hero the realm believes him to be.

Tested by his lord’s slow descent into darkness — and by an alluring sorceress whose own motives are unclear — young Marcus is caught up in a world of beauty and betrayal that threatens not only his life, but the fate of a nation as well.

This is but one knight’s quest to slay a shadowmancer. It is the first installment of the For Queen or Country series. Be sure to check out Godless and The Bear of Alon for more adventure! 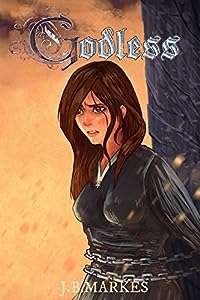 Months after returning home, Marcus is summoned to the capital once again, this time to answer for a dark secret buried deep within Sir Kenthal’s past.

Once a secret powerful enough to tear the realm apart, it now promises to heal a land threatened by war and sets Marcus on the path to personal redemption.

But when duty calls and he finds his own loyalties challenged, he is forced to choose between the woman he loves and the nation he once fought so desperately to protect.

This is the second installment of the For Queen or Country fantasy series. Follow Marcus on his continuing quest to protect his friends, reconnect with his family, rekindle an old flame, and prevent the realm from plunging deeper into darkness. Also be sure to check out The Bear of Alon, book three in the series. 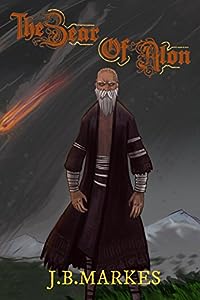 In the aftermath of the Miracle of Sentry, Queen Constance has set her seat of power in Vassarhold, the ruined city destroyed by fell magic twenty years past. But elsewhere in Coranthia the war rages on, and now the ancestral city of Alon is under siege, leading Constance and Marcus to question their decision to remain in hiding.

Meanwhile, Ezre sets out on a journey to Jal Athazar to free the woman he loves, while Shyla struggles against her captor, the very sorcerer responsible for the devastation of both Vassarhold and Coranth.

Struck by a sudden loss of faith, will Marcus return to help save his former home? Or will he abandon it all for the woman he loves?

This is the third installment of the For Queen or Country fantasy series. Watch sword and sorcery clash as Marcus comes face-to-face with the shadowmancer of Vassarhold. Look forward to The Heretic Queen, the fourth and final book in the series, to be released soon.