I love the fact that after we have a gathering at our house, the next day the critters are so exhausted. They are slow to get out of bed and are just plain lazy for the whole day. I don’t remember them having to clean the whole house, cook, or clear the mess after the party. Yet there they are, giving me sleepy eyes, wanting me to bring their food bowl right up to their chin so they can eat. Yaaa…no. Not today my little fur babies.

Flashpoint (Book One of the Drive Maker Trilogy)
by Adam Quinn

What is the cost of peace?
Guilt-ridden over her role in the cataclysmic Order War, Taylor Ghatzi decided to retire from galactic politics and dedicate her life to the Emergency Service — until a deadly terror attack strikes her home world, and she may be the only one able to unravel the mystery behind it.

Meanwhile, Cherran DeGuavra, the son of the most important statesman in the past century, gave up on trying to reunite the galaxy frayed by his late father’s greatest mistake, but now must call upon all of his diplomatic powers to prevent it from tearing itself even further apart.

With the galaxy’s powers on a war footing and their own government obstructing them, Taylor and Cherran may need to start a fight to prevent one.

Flashpoint is the first novel in the Drive Maker Trilogy, a space opera science fiction series. 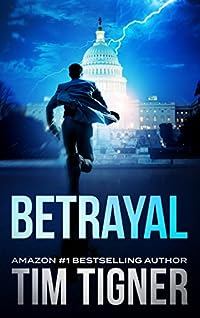 Presumed dead after a staged terrorist attack, FBI Agent Odysseus Carr is running for his life with the doctor who rescued him. Meanwhile, the same power players who sent Odi to his death are now manipulating an FBI profiler into blindly tracking him down. She’s not just their best, she’s also his sister.

As Odi unravels a devious plot of profound political manipulation and global consequence, the hunted becomes the hunter, and the real terror begins. 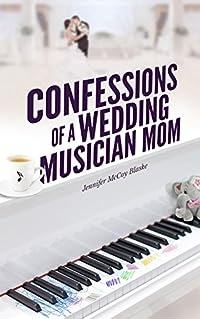 Confessions of a Wedding Musician Mom
by Jennifer McCoy Blaske

Heather Hershey had always dreamed of being a professional pianist. It had been her life-long ambition to play as part of an orchestra, or as an individual, entertaining thousands.

But an incident when she was at college changed everything and robbed her of the confidence to realize her aspiration. Now, years later and a stay-at-home mom, she can barely look at a piano without it bringing back painful and cringeworthy memories.
But when she runs into an old college friend in the grocery store one day, the meeting sparks something deep within her and she suddenly finds a new determination.

With help and support from her husband Steve, her unconventional neighbor and even her out-of-control kids, Danny and Angela, Heather makes the momentous decision to start her own business.
But juggling a family life, which drives her to distraction, with a new venture with no guarantee of success proves to be more of a challenge that Heather imagined.
Will she finally realize her dream of becoming a professional pianist? Or has she missed her calling and just clutching at straws?

One thing is for sure. Heather Hershey’s life will never be the same again! 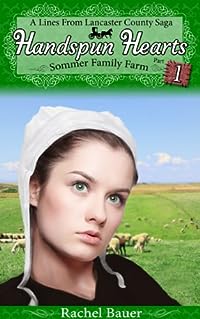 Nineteen-year-old Amish teenager Stella Sommer works on her family farm near Ephrata, Pennsylvania, raising sheep, spinning wool, and making cheese for sale. Happy in her Amish family’s life, Stella hasn’t met anyone she’s romantically interested in since they moved to Ephrata over a year ago. She’s industrious, bright, and a devout Christian who dreams of a marriage as secure as her parents’.

Everything is turned upside down, though, when Stella meets two men – one who may test her faith, and another who is everything she is supposed to be looking for. What will Stella decide? Will she stay true to her Amish roots, or will she venture out into the world? We she follow the path that God has planned for her? Curl up with the first book in a heartwarming new Amish series by bestselling Christian author, Rachel Bauer.