I think I am making a little bit of progress with my sweet little guinea pigs Coco and Henry. As soon as they hear me feeding my kitty Sinny, they start getting excited and run around the cage. When I uncover their cage they freeze, but do not run and hide. I can now open the cage, get their feed bowl and salad plate while they run around jumping and squeaking. If I reach for them, they still run, bu the fact that they don’t hide when I am just working around them is a huge step. Now I don’t regret getting these two sweet babies for one second, but with all this work I am doing trying to tame them, I can see the appeal in adopting an older tame piggie. 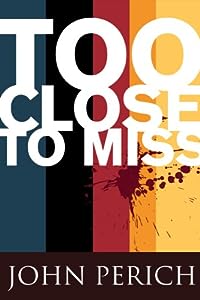 Mara Cunningham knew that sleeping with a married man was a bad idea. But when her lover shows up in the hospital after his wife and son are murdered, the rumors about Mara turn dangerous. Now she’s the prime suspect in a double homicide, and the real killers will stop at nothing to silence her. Mara’s race against time takes her from the dense heart of Boston to the dark woods of New Hampshire, from gritty streets to the halls of power. Before she’s through, she’ll learn just which of her friends she can trust – and she’ll stare death in the face. 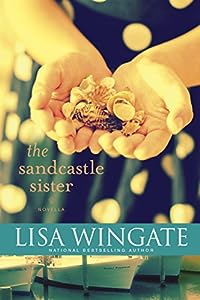 The Sandcastle Sister (A Carolina Chronicles)
by Lisa Wingate

I want to be like this stretch of freshly cleared shore. At times I think, I’m ready. Let the waves wash over me. But then I catch myself running from the tide just before it happens…
New York editor Jen Gibbs knew when she bought Evan Hall’s next blockbuster book, it would change her career. She didn’t know it would change her life. But after being sent along on the European book tour, at Evan’s request, she has made a promise she’s not sure she can keep–she’s crossed professional lines and accepted Evan’s surprising engagement proposal. Now she’s scared to death. In Jen’s family, marriage represents the death of every dream a woman holds for herself.

Can the revelation of her mother’s long-held secret open the doors to Jen’s future and change her beliefs about life and love? 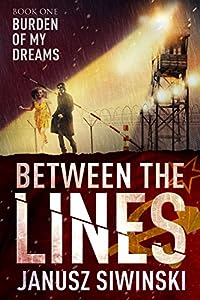 Between the Lines: Burden of My Dreams
by Janusz Siwinski

Janek’s story begins in post second war Poland and follows him as a young adult who rebels against Moscow’s oppression and escapes from his Communist-controlled homeland. With freedom for himself in hand, Janek explores all the options for getting his wife out from under communist control, too.
As the tension between the East and West escalates, Moscow fortifies the border around communist bloc countries to magnify their control, which increases Janek’s difficulty in getting his wife to join him in the West.
In a last desperate attempt Janek crosses back into the Communist Bloc, risking his freedom, and even his life, to free his beloved Kasia. 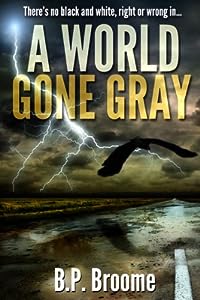 The clear-cut days of black and white, right and wrong, are over.

Earth’s familiar landscape is but a memory, forever altered by two short days of geological upheaval. With the planet plunged into near-darkness and the citizenry on the verge of panic, the struggle to survive and rebuild begins.

A recently-widowed mother, Anne Campbell, flees the destruction and lawlessness afflicting her New Mexican hometown and seeks refuge at her sister’s Rocky Mountain retreat. Colonel Ben Phillips, commander of the spacecraft Triumph, must safely return his crew to an unfamiliar, ash-covered world before beginning the harrowing search for his son. Corporate raider Howard Garner sees the Earth’s decimation as an opportunity to extend the reaches of his formidable wealth and power. 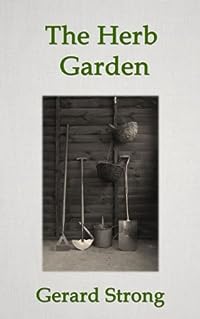 The Herb Garden (The Herb Books Book 4)
by Gerard Strong

Herbs are undemanding plants, easy to grow and to look after on a small scale. Since they are not fussy as to soil, neither deep digging nor special treatment is essential, although as with all living things, the more care and attention they receive the better they flourish. In the past it was customary for the woman of the household to look after the herb garden, and it was she who decided which herbs were to be grown and where to plant them. She weeded the beds and harvested the herbs; she added herbs to her cooking, and made wines, cordials and simple medicines. She dried the herbs for pot-pourris and perfume sachets to keep the house smelling sweet. Since most of her work was done in the kitchen, the herb bed was invariably sited as near to it as possible.

There are several important factors to be considered when deciding where it is best to grow herbs. Most herbs need the maximum amount of sunshine during the growing season. Many of them have their origins in the warmer climates of the world. In order to produce the full flavour and fragrance, you need to reproduce as nearly as you can the conditions of the natural habitat.

Where instructions state that a herb should be planted in a sunny position, they imply that ideally the plant should get about 7 hours of sunshine a day. A plant requiring partial shade needs up to 4 hours of sunshine a day. There are few plants which need to grow in total shade. Even the woodland herbs such as woodruff, wood betony and wood violet need filtered sunshine in the middle of the day and will grow in the herb garden under the shadow of the larger plants.

Herbs need protection from cold winds, which often do more damage to a plant than low temperatures. A wall, hedge or natural slope can provide good shelter, but if these are not available then a fence of some kind should be erected when the herb garden is first planted. Once the garden is established the larger herbs will provide partial protection, but a background or screen will ensure good sturdy growth.

When planning to grow your own herbs it is essential to work out how much space you can allocate to the plants. No herb garden need be very large, for a surprising number of plants can be grown in a relatively small plot. You may wish to create a small separate herb garden or to combine herbs with other plants in the herbaceous border or rock garden. Whatever you decide upon, remember that accessibility is important.

You do not want to go far to collect a few herb leaves, neither do you want to walk through wet grass or cross a bed of earth to get to the herbs. Stepping stones or a narrow path could solve that problem. Once you have decided which plants you wish to grow, a small herb bed on its own is easy to plan and to prepare.