Truths Of A Forgotten Past

For author Andy Peloquin, he is first and foremost a storyteller and an artist with words. Fantasy is his genre of choice, and he loves to explore the darker side of human nature through the filter of fantasy heroes, villains, and everything in between. “Fantasy provides us with an escape, a way to forget about our mundane problems and step into worlds where anything is possible. It transcends age, gender, religion,race, or lifestyle–it is our way of believing what cannot be, delving into the unknowable, and discovering hidden truths about ourselves and our world in a brand new way. Fiction at its very best!” -Andy Peloquin 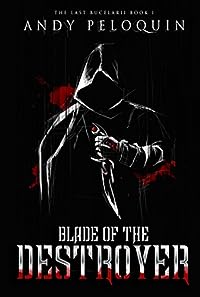 Blade of the Destroyer: The Last Bucelarii: Book 1
by Andy Peloquin

The Hunter of Voramis is the perfect assassin:

Yet he is haunted by lost memories, bonded to a cursed dagger that feeds him power yet denies him peace of mind. Within him rages an unquenchable need for blood and death. When he accepts a contract to avenge the stolen innocence of a girl, the Hunter becomes the prey. The death of a seemingly random target sends him hurtling toward destruction, yet could his path also lead to the truth of his buried past? 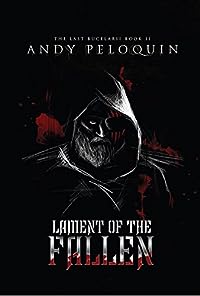 The Last Bucelarii Book 2: Lament of the Fallen
by Andy Peloquin

Fans of Joe Abercrombie, Brandon Sanderson, and Brent Weeks will love the Hunter…

The Hunter of Voramis is no more.

Alone with the bloodthirsty voices in his head, fleeing the pain of loss, he has one objective; travel North to find her, the mystery woman who plagues his dreams and haunts his memories.

When he stumbles upon a bandit attack, something within urges him to help. His actions set him at odds with the warrior priests commanded to hunt down the Bucelarii.

Left for dead, the Hunter must travel to Malandria to recover his stolen birthright. There, he is inexorably drawn into direct conflict with the Order of Midas, the faceless, nameless group of magicians that holds the city in a grip of terror. All while struggling to silence the ever-louder voice in his mind that drives him to kill.

From feared assassin to wretched outcast, the Hunter’s journey leads him to truths about his forgotten past and the Abiarazi he has pledged to hunt. His discoveries will shed light on who he really is… what he really is. 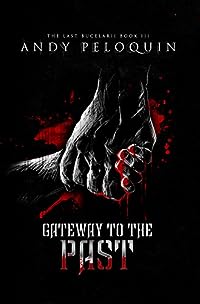 The Last Bucelarii Book 3: Gateway to the Past
by Andy Peloquin

The Last Bucelarii (Book 3): Gateway to the Past

The Hunter, legendary assassin of Voramis, has a purpose: protect Hailen, the boy he rescued from a demon in Malandria.

He joins a caravan in the hope of safe passage across the Advanat Desert. Yet he cannot outrun his enemies: the Illusionist Cleric on a holy mission to capture him, the bloodthirsty raiders out for blood and gold, and the Abiarazi, demons who masquerade as humans.

Every step north reveals who he was before becoming the Hunter, unlocking the truth about the woman who haunts his memories.

Fans of Joe Abercrombie, Brandon Sanderson, and Brent Weeks will love the Hunter… 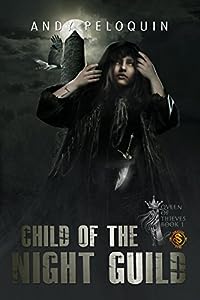 “They killed my parents. They took my name. They imprisoned me in darkness. I would not be broken.”

Viola, a child sold to pay her father’s debts, has lost everything: her mother, her home, and her identity. Thrown into a life among criminals, she has no time for grief as she endures the brutal training of an apprentice thief. The Night Guild molds an innocent waif into a cunning, agile outlaw skilled in the thieves’ trade. She has only one choice: steal enough to pay her debts.

The cutthroat streets of Praamis will test her mettle, and she must learn to dodge the City Guards or swing from a hangman’s rope. But a more dangerous foe lurks within the guild walls. A sadistic rival apprentice, threatened by her strength, is out for blood.

What hope does one girl have in a world of ruthless men?