I have tried to explain to my sweet little guinea pigs that today is Easter and I will not try to eat them. They still don’t believe me and run every time I open the cage. Since I have to give Henry medicine twice a day he is getting used to being grabbed, but I leave Coco alone most of the time because I can tell he really doesn’t like to be picked up. His signs are subtle, but I pick up on them. He bites. Yes, he is very subtle with his chomping teeth. I have learned not to put my finger in front of his mouth. Quite frankly I would bite anyone who put their finger in front of my mouth, so I don’t blame him. With Coco I think it’s just going to take a bit of time. For now I just promise them that I won’t eat them. 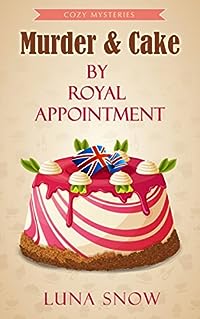 Murder and cake – By Royal Appointment
by Luna Snow

Jane Dough loves to bake. She is also a little overweight but she doesn’t care. After winning ‘The Great British Cake-Off’ she is invited by Royal Appointment to bake a cake ‘fit for a Queen’ – for Queen Elizabeth’s 90th Birthday celebrations no less. Not is all as it seems at Buckingham Palace. Who is the creepy Alf Jeffries who seems to be stalking her and what abou the other chefs gathered at the Palace to prepare a great banquet for the birthday celebrations? When the Queen’s famous diamond tiara is stolen – things start to hot up in the kitchen. When a body is discovered Jane fears for her life, but who can she trust amongst the motley group? Find out in this cozy mystery filled with mayhem, murder and of course lots of cake. 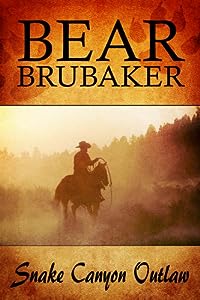 As the Neuces Kid, all Johnny Hardin had to dodge was bounty hunters, but when he tried to bring peace to a country smoldering with the fires of a range war, nesters and cowmen alike fought for the chance to pin down his hide with screaming lead!

Caught in the middle of a canyon burning with rage, an old enemy stands between the Neuces Kid and a life free from gunfighting.

Johnny Hardin has to fight cowmen, outlaws and his past if he wants freedom. And he wants it bad. 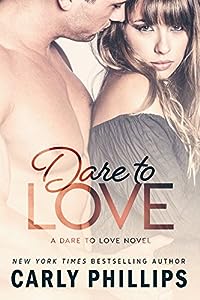 Dare to Love
by Carly Phillips

She arouses his dominant and protective instincts
And he will do anything to possess her…
And does.

When billionaire Ian Dare gets one glimpse of the sensual and irresistible Riley Taylor, he knows that he must have her. But any future he might have with Riley means he’ll have to confront his past–a past he’d rather forget. And that’s something this NFL team owner won’t dare to do–not even for love.
*Same book – new cover! 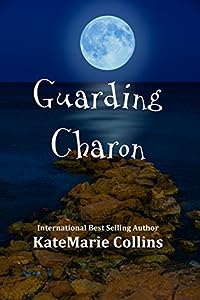 One should always read the fine print… especially with an inheritance from a relative you didn’t know existed.

In a rut doesn’t even begin to describe Grace’s life at 22. Her ex is using his position as a cop to stalk her, getting her fired from every job she finds. Her parents, not knowing how abusive he could be, believe all her problems would vanish if she’d simply marry him.

After losing yet another job, a lawyer arrives. A relative has died and left her entire estate in Maine to Grace. Eager to shake the dust of Bruce and small town Texas off of her for good, she leaps at the chance. She even changes her name.

Then she learns that her great aunt was a Witch… and the house has some big secrets. Secrets that she has to protect for six months if she hopes to inherit the entire estate and truly be free of her past. 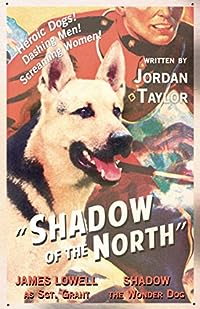 Shadow of the North
by Jordan Taylor

Hollywood in the early 1930s: audiences flock to the cinema to forget breadlines, hobos, and Black Tuesday. And one dog is here to help…
~ ~ ~ ~ ~

“They’re all purebred police dogs, Mr. Pierce. They have the same — ”

“That one.” He jerked his head at Rebel. “We’ll use him today. By tomorrow, our star better be back in business.”

McKenney swallowed. His eyes darted to Rebel in the box. “He’s only for fight scenes. He might not be safe to work around your actors. Wolf can — ”

“‘Wolf’ does not look like my star. That one looks at least fundamentally like my star.” Jabbing his finger at Rebel’s box.

“You guaranteed me a performance and I want one. They’re setting up now. Get the ugly one down there and let them fix the lights. Then I want that one in position in half an hour. Got it?”

“But, Mr. Pierce, Rebel doesn’t know the part. He does take-downs. He thinks he’s only here for action scenes — ”

“I don’t care if the dog ‘thinks’ he’s riding in a g*******d spaceship to the moon. He’s playing ‘Shadow, Wonder Dog of the Movies’ or his contract, your contract, and Mr. Bowers’ contract, will be terminated. Do I make myself clear?”