I think my prayers have been answered. The toughest thing about Tough Mudder (10 miles / 20 obstacles that make you question your sanity) that my partner in crime and I must face each year is the hills that you must climb. The obstacles get pretty crazy, but what really drains every bit of sanity out of you are the miles and miles of steep hills that can bring down the strongest man. The snow on the ground next to the water obstacle also has a way of making you want to cry. This year Tahoe received so much snow that they had to cancel the event in June. Instead they will be holding it in Sacramento, a city that is known for heat and flat land. My two greatest fears have just been eliminated. I want to jump for joy! I won’t though because my Fitbit is on the charger and it wouldn’t count towards my steps. 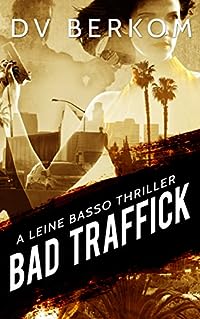 Dangerous obsessions take center stage when a former assassin and a homicide detective race against the clock to find a missing girl before she’s sold to the highest bidder.

Identified as a person of interest in three cold case murders she didn’t commit, and required to stay in L.A., retired assassin Leine Basso accepts a temporary position as a security specialist for A-list actor Miles Fournier. Soon, a woman contacts Miles, claiming to be his long-lost sister. Her twelve-year-old daughter, Mara, has been abducted and she’s desperate to get her back.

Leine learns from a contact that Mara escaped, but the traffickers are determined to track her down and deliver her to their powerful client. Running out of time, Leine must find Mara before they do, or she will be lost forever. 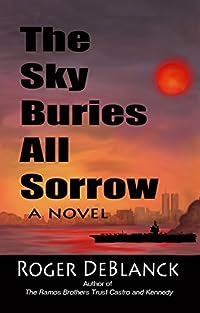 The Sky Buries All Sorrow
by Roger DeBlanck

In the spring of 1941, nineteen-year-old John Cooper asks sixteen-year-old Nora Warden to marry him. After she instructs him to “grow up first,” he joins the Army Air Corps. Stationed at Hickam Field, the air base adjacent to Pearl Harbor, John survives the devastation of December 7. The aftermath of the attack only begins his odyssey through the South Pacific, four years that burden him with guilt and shame. Returning home a wearied man, John seeks to start a family with Nora, but the young couple confronts hardships intensified by the harrowing memories both carry from their pasts. Amid the unrest of the Cold War and John’s worries about the arms race, he and Nora find solace in raising their daughter, Cassie. But it is not until the impact of September 11 leaves John’s grandson, Johnny DeRosa, overrun with anguish and despair that John fully comprehends how the sacrifices of his generation will have a profound influence on the decisions his grandson makes.

The Sky Buries All Sorrow is a riveting, momentous novel that bridges Pearl Harbor with 9/11 and examines how those two tragic events changed the world and shaped the lives of one family over three generations. From the pivotal battles in the Pacific to the homesteads outside of Pittsburgh and from the beaches of Southern California to the desert terrain of the Nevada Test Site, it is an unforgettable family saga and an intimate story of personal struggle and the challenges of enduring love. In the same vivid fashion as his first novel, The Ramos Brothers Trust Castro and Kennedy, Roger DeBlanck’s new epic explores the lives of an array of fascinating characters. The narrative also brings back Juan and Alberto Ramos, as the brothers and their father, Florencio, make appearances in The Sky Buries All Sorrow. 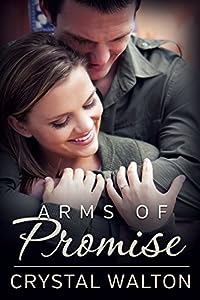 Arms of Promise
by Crystal Walton

A dancer who won’t back down. A soldier indebted to a promise. The only thing more dangerous than the threat pitting them together is the secret keeping them apart.

Contemporary dancer Anna Madison is determined to honor her mom’s memory. With the life she’s built in downtown Chicago hinging on an upcoming audition, now’s the worst time for her childhood best friend–and the only man she’s ever loved–to reenter her world. Her dad’s current DA case instigates enough danger without adding on the risk of losing her heart. Again.

Army Ranger Evan O’Riley has always known his place in Anna’s life. Letting his feelings compromise her safety simply isn’t an option. Especially when his promise to protect her drives him off the sidelines and into the one place even his special ops training can’t save him from. Anna’s arms.

Keeping her from uncovering the real reason Evan returns is one thing. Trying to hide the reason he left to begin with could destroy them both. But when the past they’ve both tried to outrun launches them down a heart-pounding road of threats, secrets, and attraction, resisting love may turn into the greatest risk they face.

The perfect blend of sweet romance and action, this emotional romantic suspense will leave you incapable of putting down a heart melting tale of love, friendship, and second chances. 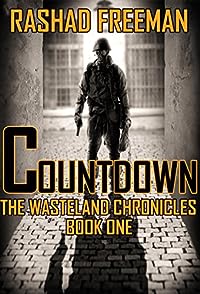 Countdown: The Wasteland Chronicles Book One
by Rashad Freeman

Our World is ending…

How or why is unknown, but make no mistake about it, we are living on borrowed time. Millions dead in a matter of days, billions in a matter of weeks. Yet somehow through the destruction and rubble Lenny Brewster has staked his claim on survival. A former Special Forces soldier, a current womanizing alcoholic and a hardcore survivalist, Lenny is a conflicted man. He doesn’t care much for this world, but he’ll be damned if he leaves it quietly. 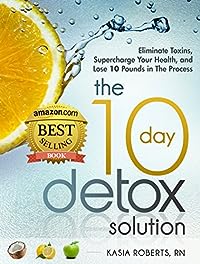 The 10 Day Detox Solution: Eliminate Toxins, Supercharge Your Health and Lose 10 Pounds in the Process!
by Kasia Roberts RN

Discover A 10 Day Detoxification That Will Transform Your Body and Reveal a More Healthy, Beautiful and Energized You

The connection between your health and the foods you eat (or don’t) is very powerful. By simply changing the way eat for 10 days, you can radically change the way you look and feel. This book will provide the basic groundwork in how to rid your body of junk and toxicity- the grime that keeps you from looking and feeling your best.

The recommendations in this ten day detox guide focus on these two key areas of detoxification: supporting overall health, and reducing the toxin burden on the body’s detoxification systems. Following this program will not only enable you to feel more energized, help you sleep, completely eliminate your sugar cravings but will also help you loose up to 10 pounds along the way! You’ll look and feel healthier than you have in years!

Benefits of the 10 Day Detox Include:

The way we live has changed drastically in the past 100 years. A variety of new chemical substances have appeared for use in medicine, farming, construction and other industrial processes. The toxic effects of some of these substances are well understood. Many more are untested and virtually unknown.

This 10 day detoxification diet outlines a diet plan to combat the effects of these toxins by removing some common sources of toxins from your life and supporting your body’s natural detoxification systems to function at their optimal capacity.

In This Guide You’ll Discover:

-How To Prepare for The Detox
-Complete 10 Day Meal Plan with Delicious Recipes
-When Is The Best Time To Detox
-Food to Include and to Avoid as well as Snacks Ideas
-Lifestyle tips to help you stick to the plan and much more!