When Secrets Come To Light

Author Stacey Coverstone wrote her first novel in 2006 after an inspiring week at Cowgirl Camp in New Mexico, a gift from her husband for earning my Master’s degree. When that western romance was quickly accepted for publication, there was no looking back. She now writes in a variety of genres, including Contemporary and Historical Western Romance, Romantic Suspense, Gothic Romance, Time Travel, and Mysteries and Ghost Stories. 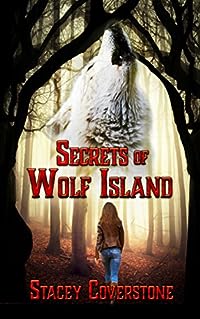 After two heartbreaking miscarriages that have put strain on their marriage, Dawn Matheson’s husband Noel decides a move from Chicago to his Wisconsin hometown is the answer to their problems. Located miles from the mainland in Lake Superior, Wolf Island is a quiet place where Dawn can concentrate on getting pregnant again.

Confronted with the ultimatum to go or divorce, she agrees to leave everything in Chicago behind to move to the isolated island and into Noel’s deceased parents’ house in the woods. Though she wants to repair the relationship, she’s grown afraid of intimacy, and Noel’s mood swings only complicate matters.

Shortly after arriving, he begins questioning her sanity when she behaves strangely, forgets things, and hears the howl of a wolf — despite there being none on the island for 100 years. She soon believes her husband is intentionally trying to drive her insane. But why? That’s the question Police Chief Austin Cooper wants to know, too. Struggling with his growing attraction to the married woman, he becomes Dawn’s only ally and will do anything to protect her.

When information about Noel’s past surfaces and disturbing incidents begin to snowball, a final showdown at the island’s ice caves brings shocking secrets to light. 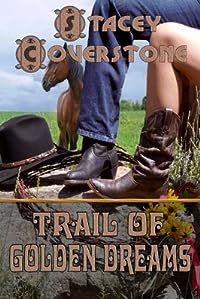 Although this is the first in a series of three Historical Western Romance novels, the book can be read as a stand alone.

At nineteen, Josie Hart has lived a hard and lonely life on her New Mexican farm. A cryptic map from her father gives her a chance to change all that and guides her on a perilous journey toward freedom and a fresh start. But there are others who want what she’s after and will stop at nothing to get it.

Grey Paladin seeks justice after having had his fortune stolen from him by Leroy Hart. He’ll do whatever it takes to retrieve what’s rightfully his and reunite with the only family he has left. That is, until a feisty girl stands in his way and makes his life more complicated.

When Josie and Grey form an uncertain partnership, they must battle outlaws, nature, and each other while riding two hundred miles of dangerous trail to reach their destination and the gold nuggets that will make both their dreams come true. What they discover at the end of the trail is something that’s been sorely lacking on both their lives, leading them each to rethink what the future could hold. 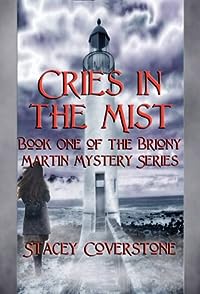 Book One of the Briony Martin Mystery Series.

The year is 1955… After discovering a desperate letter from her estranged father, Briony Martin faces one of her many fears and travels from Kansas to the isolated island of Cape Marble, Maine in search of answers. While approaching by water, she spies a lighthouse eerily shrouded in mist. A woman in a long dress appears on the observation deck and then vanishes just as quickly. Could she be the missing woman Briony’s father spoke of in his letter? Or one of the many ghosts John Fletcher, Cape Marble’s prodigal son returned, has casually mentioned on the ferry ride?

Shortly after arriving, Briony learns her father has been murdered. She soon takes on the role of detective and realizes just how many residents had a reason to wish him dead. As the mystery thickens and she uncovers a shocking secret and his chilling connection to the spirits haunting the lighthouse, her paranormal experiences escalate — as does her attraction to John, a man with secrets of his own.

Could her father’s murder and the woman’s disappearance be linked? Whose cries does Briony hear in the lighthouse? And whose face stares at her from the lantern room? Is the alluring John a friend or foe? One thing is for certain. If Briony doesn’t watch her step, she may lose both her heart and her life. 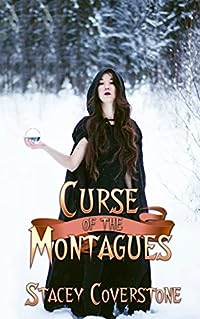 Curse of the Montagues
by Stacey Coverstone

Witch siblings, Bram and Freya Montague, are whisked from 1698 Massachusetts into the future by their well meaning aunt after an evil warlock curses them to immortality.

Fast forward to present-day Florida, where brother and sister have lived for over 300 years. Resenting a fate that prohibits him from ever dying has created in Bram a reputation for danger and soured him on the notion of a serious relationship.

Freya, on the other hand, has been open to love throughout her many lives, but no one has stolen her heart like the man she’s been dreaming of for more than three centuries.

A chance meeting with a motorcycle-riding, gun shop-owning woman and her cousin, a man who communicates with ghosts, brings with it the winds of change and has Bram and Freya emotionally battling between their desires and what they know is right.

After several supernatural encounters that cannot be ignored, the Montagues face their nemesis in a final showdown that culminates in the discovery of long-hidden truths that will once again alter their lives.

This is a Paranormal Novella, featuring witches, time travel,ghosts, and romance (sweet). 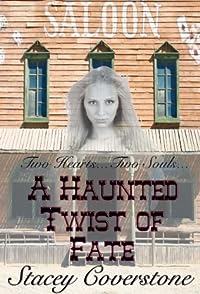 A Haunted Twist of Fate
by Stacey Coverstone

While grieving the loss of her parents, Shay Brennan is drawn to the Black Hills of South Dakota and finds herself the owner of a historic 1885 saloon. But she soon realizes she’s not alone in the Buckhorn. Two ghosts are sending her messages. One needs her help, while the other is intent on doing harm. What do they want with Shay? And what part does she play in the terrible events that happened in the saloon a century ago?

Colt Morgan, a local realtor who sold the Buckhorn to Shay, is a non-believer in the paranormal, but unexpectedly finds himself helping her solve the mystery of who the spirits are. Widowed for ten years, Colt’s not looking for love. So why does his heart pound every time he’s near Shay? And how does his connection to an old friend tie in with her and the haunting?

Two hearts in the present are linked to two souls from the past. Could it be coincidence, or is it a Haunted Twist of Fate?