I wasn’t actually planning on getting another guinea pig yesterday, but when I saw this little fella I just couldn’t help myself. We had actually always planned on getting a third piggie because for some reason I always thought three was a good number. Two is a pair, but a proper herd is three or more and guinea pigs are herd animals. You can see my logic right? We were just at the store to look at the piggies, like I always do, but when the lady lifted the little house and out popped this little cutie I screamed! I got the “Feeling” that I had been waiting for. I have seen plenty of little guys, all just about as cute as can be, but none of them compared to him. So I want to introduce you all to little Eagan. 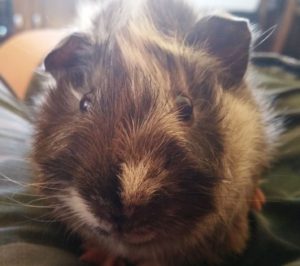 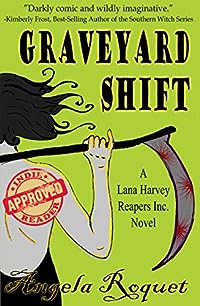 The Inferno has Evolved… Lana Harvey is a reaper, and a lousy one at that. She resides in Limbo City, the modern capital of the collective afterlives, where she likes to stick it to the man (the legendary Grim Reaper himself) by harvesting the bare minimum of souls required of her. She’d much rather be hanging out with Gabriel, her favorite archangel, at Purgatory Lounge. But when a shocking promotion falls in her lap, Lana learns something that could unravel the very fabric of Eternity. If the job isn’t completed, there could be some real hell to pay. 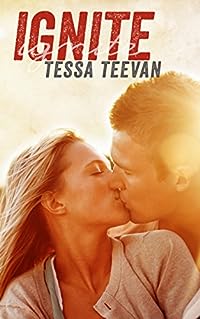 In just twenty-seven short years, Alexa Sullivan Tate has already lost the two great loves of her life. One to the Army; the other in a tragic car accident. Two years after the latter, a ghost from the past reappears, igniting feelings in Alexa she’d thought long dormant.

Jace McAllister has spent the last ten years in the Army, defusing bomb after bomb, trying to forget the girl who once set his world on fire. For him, she’s always been the one who got away. After a not-so-chance encounter places her back in his line of sight, he’s locked eyes on target, and won’t let her go without a fight.

Ten years ago their chemistry smoldered, and now the sparks threaten to light a fuse leading to an explosion between them even Jace can’t control. Not that he wants to. But when love has slipped through your fingertips before, how can you trust it will once again remain?

Will Alexa’s fear of love and loss destroy their second chance at a beautiful future before it can even begin? 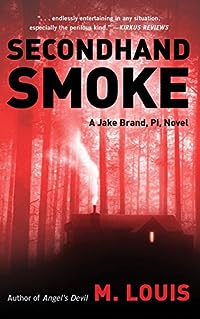 Running for his life wasn’t exactly what Portland PI, Jake Brand, had in mind when he accepted his latest client — but that’s exactly what he and Sarah, his best friend and assistant, find themselves doing in this heart-pounding sequel to Angel’s Devil.

Deception, fueled by money, begins when a beautiful woman throws down serious cash for Jake to find her missing boyfriend. Violence follows when Jake and Sarah discover the couple is connected to a hacker who colors outside the lines, a beautiful pharmaceutical sales rep, a slimy cop who can’t take a punch, and a federal agent bent on hiding the truth. They all know too much — and soon enough, so do Jake and Sarah.

In the midst of the danger, Jake finds time to annoy his yoga instructor, and fall for the woman with more secrets than answers. 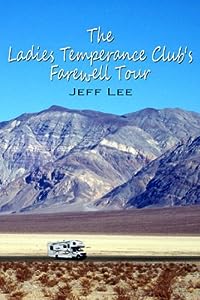 Vonda Mae Ables could never hurt a soul. Now she’s on the lam in a huge RV, with her best friends, gallons of Chardonnay and a stiff in the freezer.

Vonda has suffered her alcoholic boyfriend’s abuse for twenty years. But when she finally stands up for herself, she overdoes it and crushes his skull with a football trophy. Rather than turn herself in, she enlists her friends to help ditch the body. They stash the boyfriend in the freezer of his humongous RV and take off for Arizona, planning a quiet desert burial. Unfortunately, the plan goes more sideways with every mile. Vonda finally finds a likely place to plant the dead SOB, but now he’s frozen solid and stuck in the freezer.

Exhausted from their day of digging and unsuccessfully trying to extricate him, the women stop at a local cafe. While they’re drinking dinner, a gang of Harley-riding repo guys makes off with the RV and a Good Samaritan reports the theft. When the police arrive to investigate Vonda panics, knowing if the cops recover the RV and discover what’s in the freezer, she might have to turn that old trophy on herself.

Imagine THELMA AND LOUISE meets Lucy & Ethel — It’s about good friends, good wine, manslaughter and the lengths we’ll go for those we care about. 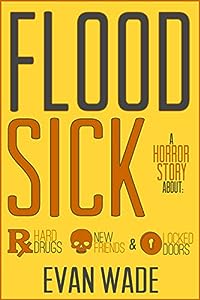 Hell and high water aren’t mutually exclusive. When Janelle, a drug addict, comes home to find her house guest dead during a major flood, she thinks things can’t get worse — until he comes back with a sharp tongue and a sharper knife.

Now, withdrawing and trapped in her bedroom, Janelle must survive the flood, her fears, and a devil outside her door. Worse, death is just an endgame for her attacker: Suffering, she quickly learns, is the true name of his game.

NOTE: Floodsick is a short story-length work, running approximately 8300 words (roughly 33 pages in standard paperback format). Need some lunch break entertainment or a quick read on the train to work? The devil would love to meet you in Murphy City.