Hidden In The Heart

Author Melinda De Ross is an international author of Romanian origin. She writes in two languages, and her books combine the elegance specific to the European style with the modern appeal of the American culture. Melinda is a brilliant writer who has an amazingly clean writing style and a sexy mind. This is certainly a collection not to be missed. Enjoy! 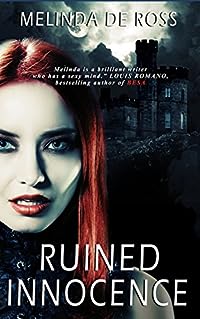 In the legendary Transylvania, a castle belonging to Countess Erzsébet Báthory is discovered. Cameraman Hunter Cole and broadcast journalist Serena Scott arrive to make a documentary about the discovery, and the sinister Hungarian noblewoman, known as the most prolific female serial killer in history.
The two Americans could cope with roughing it in a fifteenth-century castle, with no modern amenities. They can even cope with each other, despite their initial mutual dislike for one another, which gradually turns into a mind-blowing attraction.
But when two girls are tortured and killed in Báthory copycat style, the nearby village is shaken to the core. In terror, they wonder who will be next…

**AUTHOR’S NOTE: Erzsébet Báthory (1560-1614) is a known historical figure and was a Hungarian countess, also known as Elizabeth Báthory, The Blood Countess or Countess Dracula. She has been labeled the most prolific serial killer in history, being responsible for the torture and murder of hundreds of young girls. The exact number of her victims is unknown, but is estimated at six hundred and fifty. It is speculated that she kept a diary with the names of all her victims, but if such a document exists, it has never been made public.
*This work is entirely fiction. 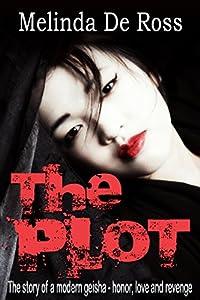 THE PLOT
by Melinda De Ross

REALITY IS NOT A FAIRYTALE. CAN A VICTIM OF HUMAN TRAFFICKING HAVE A HAPPY ENDING AFTER YEARS OF ABUSE AND DEGRADATION? ESPECIALLY WHEN HER ONLY FOCUS IS GETTING PAYBACK…

At eighteen, Yoko Hirano falls into the tentacles of a human trafficking organization and is forced into prostitution. Her first sexual experience is close to a rape, so she becomes traumatized and her opinions about men are low and unflattering. She uses her charms only as means of manipulation.
Four years later she meets the tall, dark and charming antique dealer Mark Chandler. They both acknowledge reluctantly the complicated chemistry between them, but Yoko’s grand scheme of things doesn’t involve falling in love, nor does she think Mark would want her if he found out about her past. To get revenge and prevent other girls from sharing her fate, she plans to ruin the Chinese triad that has destroyed her life and innocence.
However, she doesn’t realize that Mark can be an asset in her plans of bringing down the powerful mobster Michael Chen and his interlopers. Together, they make a quite formidable pair… 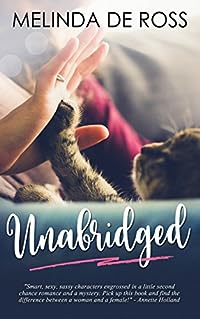 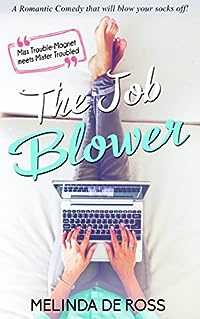 A ROMANTIC COMEDY THAT WILL BLOW YOUR SOCKS OFF!

Camilla Jackson is an ordinary young woman with an extraordinary knack for attracting disaster. When she is fired from her job as a secretary at a law firm, she realizes she has no idea what she wants to do next. Every job she does land ends up tragi-comically.
But when she meets the drop-dead-gorgeous journalist, Carter Evans, her life seems to brighten. Until she discovers that he hides some very deep and painful scars.
It remains to be seen if she will be able to help him heal and, in the process, find her own path in life. That is, if she manages to overcome her accident prone nature, which gets her into serious trouble…
THE JOB BLOWER is a lighthearted, laugh-out-loud Romantic Comedy, the kind of book that you will keep in your bookshelf and reread to brighten your days and spice up your nights. 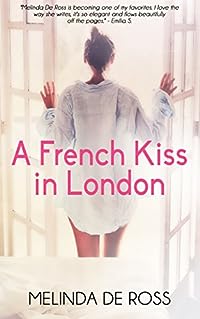 A FRENCH KISS IN LONDON
by Melinda De Ross

Gerard Leon and Linda Coriola fight for the same cause. The attractive, noble, dedicated French doctor and the beautiful, sensitive Italian sculptress both donate their time and money to Hope – a clinic for children’s cancer research and treatment.
From the moment they meet, even the air between them crackles with intense attraction. But her past makes it difficult for Gerard to understand her scars and battle with her demons.
In search of a cure for cancer and armed with an innovative treatment themselves, they leave for Transylvania, that enigmatic land hidden in the heart of the Carpathians.
There they get lost and have a bizarre experience in the Hoia-Baciu forest, nicknamed The Romanian Bermuda Triangle due to all the inexplicable paranormal phenomena happening in its depths.
But no one believes them, because they don’t have any proof of said experience. Or do they?…
*”A French Kiss in London” is the sister-story of “Falling for Italy” and the first book in The Coriola Saga. Each book can be read as a stand-alone.