Not So Nice To Meet You & Free Kindle Books

Why does it always have to be so difficult to introduce new animals to each other? Why can’t it just be as simple as “This is your new roommate, so get along.” Nope, never that easy. There just HAS to be drama…. and biting. Always biting. I am trying to introduce the new guinea pig, Eagan, to Coco and Henry and things are not going to smoothly. Coco is being pretty darn good and open to new things, but Henry flat out wants Eagan gone. I put them all on neutral territory with lots of space, food,  and high hopes. Well no such luck. There was lots of teeth chattering and biting. I think the crooked head on Henry is throwing little Eagan off and he has no idea what the heck Henry is doing. Probably wondering why Henry is questioning him so much. I will give it some time and try again, but I haven’t thrown away the box yet from the store for Eagan. 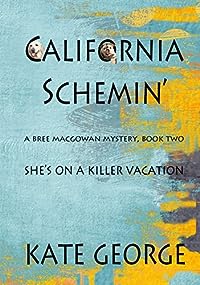 Most people can relax by an idyllic riverside without fishing a dead body out of the water; Bree MacGowan is not most people. And as luck would have it, it’s not just any old corpse she’s tripped over this time. It’s the late wife of Senator R. Carl Wallace, a paragon of upstanding American citizenship to anyone who looks… unless they look too closely. Which is, of course, exactly what Bree does, and what she finds is definitely more trouble than she bargained for.

Where power and murder collide, danger follows, and Bree soon finds herself the target of break-ins, vandalism and kidnapping, all at the hands of the dubious Senator who insists that she identify two criminals she’s never seen before as the people who killed his wife. Now Bree has to save herself and the ones she loves from a conspiracy where the bad guys look good, the good guys look bad, and nothing is as it seems… 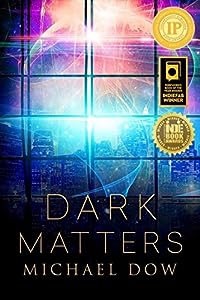 When We Finally Unravel The Mystery Of Dark Matter, Will It Save Our World? Or Destroy It?

In the not so distant future, the über-elites quietly control most politicians, corporations, media outlets, banks, and research institutions. They search for a stable end game that balances the after-effects of climate change and dwindling natural resources against the needs of a ten-billion-plus population.

Rudolph “Rudy” Dersch is the newly minted CEO of the world’s largest, multi-trillion-dollar corporate conglomerate. But the job comes with an unexpected twist – an invitation to join the Consortium, a small, secretive group of global select who effectively decide what’s best for the rest of humanity. How does Rudy’s struggle to reconcile business and family impact the world’s future? And who, if anyone, can break the Consortium’s iron grip on the status quo?

The answer may lie with Dr. Jonas Hanssen, a renegade physicist, who is close to unraveling one of the universe’s greatest mysteries and with a headstrong art curator, Monique, driven to find the meaning behind her increasingly compelling visions. From a life-changing moment in a crowded Singapore marketplace to the business end of an assassin’s gun, they face a power beyond any the world has ever seen. To survive, they’ll have to decipher the truth about dark matter – before the Consortium can achieve its ruinous end game. 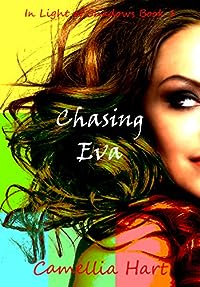 If you love books by the likes of Sylvia Day, Vi Keeland, Lauren Blakely, you’ll love this addictive, suspenseful & sensual second chance romance series about a man and a woman whose lives are about to get sizzling hot…

After living through her share of disloyal relationships, Evangeline Avery will be damned if she lets another man cheat her. A beautiful and confident woman, Eva is the owner of an interior design firm at the brink of collapse. She swears to bring her company back to its past glory, even if it involves sweet talking the one man who caused this turmoil in the first place – Clive Stanton.

Notorious playboy Clive Stanton is a powerful businessman and a formidable enemy of many. He doesn’t do love, or at least not until he meets her again, fifteen years after he saw her last. Eva, his crush from teenage years, the one that got away, is back in his world and he is determined to do anything to make her his.

Will passion and lust bring them together or conflict and the unforgettable scars from their pasts forever tear them apart? 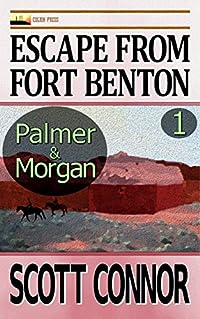 Nathan Palmer and Jeff Morgan happen across an ambush too late to help the victims, but a dying man gives them a gun, a key and a cryptic message about 10,000 dollars being available in Fort Benton in five days’ time.
Now Nathan and Jeff set about getting their hands on the money. However, Fort Benton is the private empire of Mayor Decker and his ruthless form of justice. Before the day is out the pair are beaten up and thrown in jail.
In Decker’s clutches, they’re going to need all their courage if they are ever to escape. 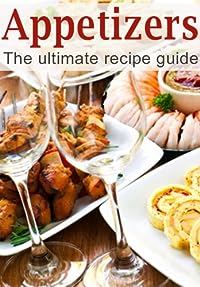 The right appetizers are a great way to start a dinner party or cocktail hour, and can set the tone for the rest of the evening. Learn how to make both hot and cold appetizers for any occasion, and put your best foot forward at your next social gathering. We have collected the most delicious and best selling recipes from around the world. Enjoy!