The Fluffy Cakes Are Waiting With Free Books

I woke up extra early this morning so I could enjoy as much Saturday as possible. It had been one of those weeks when the weekend couldn’t come fast enough and my sanity was at stake. Of course now I am anxiously waiting for my baby bassets to wake up because I promised them we could walk to the donut shop and get breakfast. A treat we rarely do. Waiting kinda bites. As their mother I have the right to wake them up, right?

Raising loyal citizens. One child at a time.

Sage Indarra’s childhood is forever changed when tragedy strikes and she’s forced to enroll in Eprah’s Institution — a cold, unfeeling place determined to make her forget everything good about her old life.

It doesn’t take long for Sage to learn that her new home is not as perfect as they would have her believe.

Unsure who to trust, she’s forced to build her new life on a lie. And she begins to question everything she’s ever known.

She has to play along if she has any hope of escaping.

But the Institution is hiding some dark secrets. And they won’t let her leave.

Can Sage keep up the ruse she’s begun?

This is the first book in the gripping dark dystopian Sacrisvita series. Perfect for fans of George Orwell’s 1984, Aldous Huxley’s A Brave New World, or Suzanne Collins’ The Hunger Games. 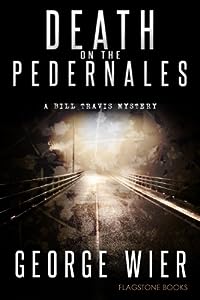 Who killed Edgar Bristow, millionaire philanthropist and war hero? In a small Texas town where everyone knows everyone else, the list of suspects can be every person you meet. What dark secrets wait for the man who is unafraid to turn over any stone? And will the killer strike again before Bill can get to the truth?

This is the fifth installment of The Bill Travis Mysteries. 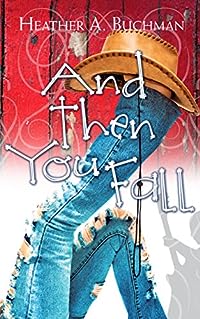 Set in scenic Colorado, And Then You Fall is about two people who believe themselves undeserving of happiness in love and life, who grow to understand that taking the chance at both is worth it.

Fate put her in his path and he has no intention of ever letting her go.

Liv gave up her dream of being a competitive barrel racer when she was nineteen to follow her great love, Air Force Captain Scott Fairchild, wherever his life took them. When Scott’s F15 is shot down months later, right before the birth of their daughter, Liv’s world is shattered. She returns to her parents’ isolated ranch in Colorado, and raises her daughter as a single parent. Now that Renie is grown and away at college, Liv is bored and cranky. She finds herself spending too much time on social media feeds, cyber-stalking the hot guitar player she met at a concert over the summer.
Ben Rice recognized her as soon as he saw her sitting at the bar. Liv, that was her name, and fate kept putting her in front of him. The first time he saw her, after his band CB Rice opened at Red Rocks, he couldn’t keep his eyes off her. For the next two hours he watched her. She loved music — and she felt it. Not everyone did. She danced, she laughed, she smiled, she lived. That was why he remembered her name when he introduced himself at the end of the show. “I’m Liv,” she’d said. And he was ready to. He’d endured too many struggles in the last few years. He’d worked hard to keep the band going, and he wasn’t going to give up. With a new record about to be released, this was their year — he could feel it.

Used to getting what he wants, Ben pursues the reluctant Liv, who’s busy following her own dreams. When a devastating accident changes the course of her life, Ben is forced to choose between his band’s long-fought meteoric rise to international fame, and the woman he believes is the love of his life.

It’ll take fate’s intervention once again to bring her back to him, where Ben is convinced she belongs. But Liv is faced with the same dilemma she’s always struggled with. Which is it, love or the dreams she’s never allowed herself to put first, that she won’t let go of?

This is a standalone book with no cliffhanger. 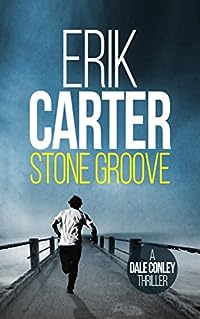 An empty crime scene. A blood-spattered stone. And a 400-year-old mystery.

An entire colony disappeared off the face of the earth. It’s America’s greatest mystery, and it happened centuries ago. Now it’s happened again.

Federal Agent Dale Conley specializes in the unusual, and he’s seen it all. Except for this. An entire community has vanished overnight. One hundred forty-seven people. The only clue is the word ROANOKE chiseled into a blood-spattered stone.

Dale knows that in the 1930s a series of stones was discovered — stones with carved messages that allegedly told the fate of the Roanoke Colony. When Dale finds more stones with cryptic messages, it’s clear he has a copycat criminal on his hands. Each of the stones lead Dale to a few more of the missing people, and he must solve the stones’ riddles correctly — or the hostages are killed.

Dale soon realizes that the kidnapper knows the details of his past. Including his dark secrets. Now, as Dale races to find the stones, he must come head-on with his own demons to have a chance at saving the missing people. 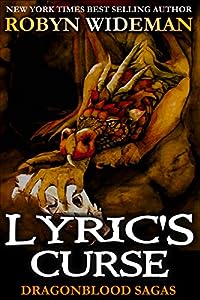 When a young crippled orphan finds himself caught on the wrong side of town by a group of highborn youths, his life is forever changed. Left for dead after a vicious attack, Lyric finds himself in the care of a witch. One who knows more about him than he does.

With the old witch’s help, Lyric will learn his true place in life, one far more interesting and dangerous than his old life as a street rat. Lyric will meet two young women who play intricate roles in deciding his future, will it be love or destiny? All the while a dark shadow is crossing the land…
Dragons have returned.