Tough Mudder: Mile 3.5. Rachael and I are cruising along pretty good by now. I could feel the Sacramento sun getting warmer & warmer, and I am grateful that we started at 8:30am. We are chatting it up with people as we make our way through the course. Occasionally we would debate whether or not we should jog a little since it is all flat land. I argued strongly against it of course, nothing was chasing me or wanted to eat me, so I didn’t see any point. Rachael always wants to push herself. Some day she will accept that my spirit animal is a turtle. We get through Hero Carry with ease and make our way to the Mud Mile. We jump in the muddy water about chest deep, and make our way to the first of many mud walls. It’s designed so that you need help getting to the top of each wall and can’t do it on your own. Rachael and I switch back and forth between pushing or pulling  the other up. It was on the third section that we made a new friend. His height and upper body strength was attractive to us at this point, and the fact that he was alone gave us the advantage. Hello FRIEND! With the three of us helping each other through the remaining mud hills and pools it went along a lot faster and easier. When we got to the end we thanked eachother and he jogged off. Rachael looked at me wanting to jog, but again I declined. Our new friend quickly disappeared up the course as Rachael and I walked. 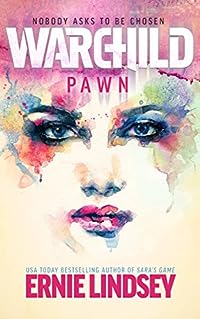 Don’t ask me how or why the world ended, because I can’t tell you.

Society collapsed long before Caroline Mathers was born. At fourteen years old, she’s strong, mature beyond her age, but she knows nothing of cell phones, computers, or indoor plumbing–they’re remnants of history, wistful stories told around campfires. As an enlisted army scout for the People’s Republic of Virginia, Caroline’s duty is to patrol the surrounding forests, hiding, observing, and warning the citizens of her tiny outpost when danger is near. It’s a quiet life… … until the day she hears the terrifying beat of distant drums echoing throughout their peaceful valley. An army is marching. War is coming. Destruction. Chaos. Nothing less than the powers of the mystical Kinders could save Caroline’s people now. But, the Kinders are just legends, ghosts from long ago.

As a quarter-finalist in Amazon’s Breakthrough Novel Award contest, Lindsey’s Warchild: Pawn, is a “… coming-of-age action-adventure dominated by a young girl just coming into her powers. A fine, durable, inaugural volume brimming with imagination and sparkling, inventive characters.” –Publishers Weekly

The first book of the Warchild trilogy is a suspenseful young adult novel, full of fast-paced action, ideal for fans of The Hunger Games and Divergent. 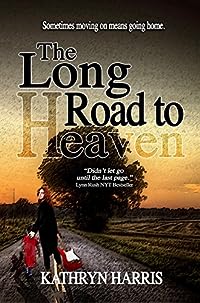 The Long Road to Heaven
by Kathryn Harris

Happiness is Brayton, Nebraska, in your rearview mirror.

That’s the adage Heather Montgomery has lived by since leaving home on that cold April night in 1975. She never told anyone what her father did to drive her away. She couldn’t tell her high school sweetheart about their baby. She just needed to get the hell out.

But keeping the past where it belongs is growing increasingly difficult. In the five years since her departure, she’s found unrivaled success in the music business, and a high-profile marriage to her band’s drummer has made Heather the apple of the paparazzi’s eye.

When she stumbles in her father’s footsteps and forsakes the love of her family and friends for the comfort in a bottle of whiskey, Heather faces the possibility of losing her child for good.

The choice is up to her — the booze or her baby, which is more important?

But will confronting the demons that drive her to drink force her to return to the one place she swore she’d never see again? 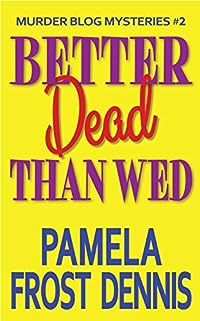 Katy McKenna has had enough near-death experiences and heartache to last a lifetime. Now all she wants to do is get her career back on track, find a nice guy, and live happily-ever-after. But when she hears about a man maliciously exposing innocent young women to HIV, she is compelled to put her plans on hold to stop him.

Meanwhile, Katy’s mother is forced to reveal a shattering childhood trauma that has come back to haunt her; her obnoxious baby sister is moving in, and her scuzzy was-band is stalking her.

And she’s beginning to wonder why every rotten person she has recently heard about has suddenly dropped dead.

Is it divine providence? Or is it murder? 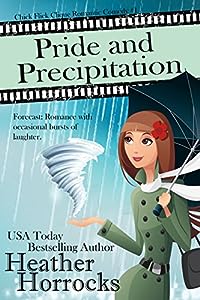 Breezy Jones is crazy about the weather, rain or shine, which makes her job as the local television station’s meteorologist perfect. She’s even hoping the new buyers of her Aspen Grove station will make some positive changes.

That’s before she meets the attractive new general manager, Noah Drake, who is determined to repackage everything — including Breezy’s down-home delivery and casual, girl-next-door appearance that seems too

Pollyanna for him. He replaces her with a high-powered diva weathercaster and makes Breezy her off-screen assistant.

With a flood of angry emails from the community, plummeting ratings, and incessant demands from the diva, it doesn’t take long for Noah to see which way the wind is blowing.

Will the station survive the competitive clash between pride and precipitation? 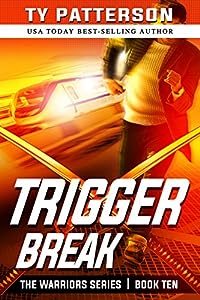 Zeb Carter’s enemies call him fate. The yakuza write their own destiny. Now, he’s going against them. Fate vs Destiny.

The first woman was reaching out to U.S. Special Forces operative Zeb Carter for help, when she is killed. She turns out to be the daughter of the head of an intelligence chief.

As Zeb swings into action, another woman, the daughter of another intelligence chief is killed.

It is obvious that the intelligence agencies of the world are under attack, and Zeb goes on the hunt.

It is a trail that takes him from New York to Los Angeles, and from London to Tokyo, battling Vietnamese killers and motorcycle gangs.

In Japan he comes across the yakuza, the most dangerous enemy he has ever faced. They are hatching a plan. One that will have a devastating effect on Japan and USA.

Zeb is an experienced operative. He has come through multiple missions. The yakuza are a different proposition, however. They are masters of survival, and war is their business.

Zeb is in their backyard and has walked right into their trap.