A Wall To Make You Fly & Free Kindle Books

Tough Mudder: Mile 1.5 First Obstacle, Berlin Wall. It’s always exciting, and a bit nerve wracking when you get to the first obstacle. This year Berlin Wall was the first to be conquered. A wall ten feet high that you must find your way over one way or another. I walked up to the wall and studied it a bit. It wasn’t two seconds when a sweet young man offered to help me up. I politely declined the help. I wanted to do this on my own. That right there felt good. The parkour classes I had been taking prepared me for this. I jumped up, grabbed the top edge with the help of a little edge placed three feet high on the wall. I got my feet up as high as they could go in a sort of crouching position, took a breath and got my leg over the edge. I quickly pulled myself over and hovered at the top for a moment. I looked back from where I had just come and then to where I was going. It was a magnificent way to start this event. I could see I had friends on both sides willing to help me, but I did it on my own. My heart soared. Today would be a great day. 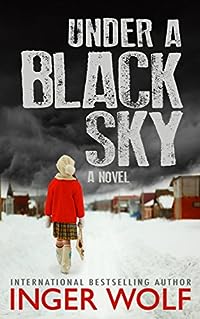 Anchorage, Alaska: A prominent Danish volcano scientist, Asger Vad and his wife and son, are found shot on the outskirts of the city.

The killer has placed the victims around a table on which there is a doll house with four small dolls and a pile of volcano ashes. However, one person is missing at the table.

The Family’s 11-year-old daughter has disappeared from the house, and a massive search starts. Has she run away, or did the killer take her? Also, what secrets do the family keep?

Inspector Daniel Trokic is sent to Alaska to participate in the investigation. He teams up with the half native detective Angie Johnson, and their hunt for an insane killer and the missing daughter begins. 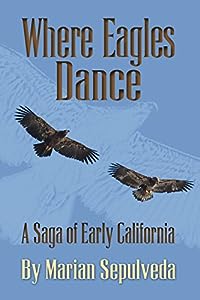 Where Eagles Dance: A Saga of Early California
by Marian Sepulveda

Welcome to the world of the 1850s. The wagon trains, Indian attacks, a lone survivor, and her tale of life among the Kumeyaay. Parts of this story are factual: the trail blazing Butterfield Overland Mail, the unfolding conflicts in California over the issue of slavery, and the looming Civil War. Woven into this historical fabric are the stories of Abby, a young girl raised by Indians; John Jay Butterfield, scion of the founder of the Overland Mail; Waterman Ormsby, reporter for the New York Herald; and many other compelling personages drawn from fact and fiction. Join author Marian Sepulveda as she guides you through this unique chapter in early California lore. 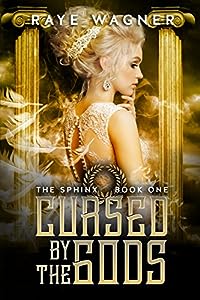 Cursed by the Gods (The Sphinx Book 1)
by Raye Wagner

Hope has a deadly secret…

Hope has spent her entire life on the run, but no one is chasing her. In fact, no one even knows she exists. And she’ll have to keep it that way. It’s safer.

Even though mortals think the gods have disappeared, Olympus still rules. Demigods are elite hunters, who track and kill monsters. And shadow-demons from the Underworld prey on immortals, stealing their souls for Hades.

When tragedy destroys the only security she’s ever known, Hope’s life shatters. Is it the fulfillment of Apollo’s curse, or is she being hunted?

Forced to hide, alone this time, Hope pretends to be mortal. She’ll do whatever it takes to keep her secret safe — and her heart protected. But when Athan arrives, her world is turned upside down.

With gods, demigods, and demons closing in, how long can a monster stay hidden in plain sight?

Join Hope on her unforgettable journey to discover what it means to live and her daring fight to break Apollo’s curse. *Previously released as Curse of the Sphinx. New covers pending for the rest of the series* 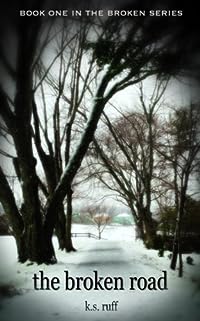 The Broken Road (The Broken Series Book 1)
by K.S Ruff

“I’m not kissing you to get it over with. When I kiss you for the first time, you’re going to want that kiss more than your next breath.”

Montana girl Kristine Stone was strong enough to break out of an abusive marriage, but is she strong enough for the road that lies ahead? For the first time in her life, Kristine finds she has some control over her life. Haunted by her ex-husband and a newly acquired stalker, she leaves Montana to work in the U.S. Senate. Kristine issues a moratorium on dating. This hardly deters Kadyn Rand, the Air Force Captain who threatens to tear down every wall she’s ever built. Still, someone from her dark past refuses to be ignored, and Kristine finds herself in yet another fight for her life.

Tall, dark, and determined are the words that best describe Kadyn Rand. He is too stoic to be swept away by much of anything, but a vulnerable woman from Montana manages to do just that when she finds herself alone and in danger in DC. Kadyn is intelligent, resourceful, and a fiercely devoted friend. His sense of humor runs on the sarcastic side. He’s also the kind of guy who likes to keep people guessing about what’s going on inside his head, which is why he makes a conscious effort not to smile. That is until he meets Kristine Stone. Her missteps regularly get a smile out of him. Her moratorium on dating intrigues him, while her vulnerability calls to his protective side. Kadyn tries to earn Kristine’s love and her trust but soon learns it will take much more than that to save her from her past. 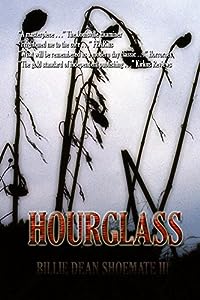 Steven Grimes is suffering from writer’s block. Once an avid writer, he is plagued by an inescapable force that seems to be controlling his mind.

After a strange encounter with a man known only as Heflin, Steven is thrust into a world he does not understand. It is a world driven by a faceless evil that has awakened within an ancient festival called Samhain. It wants him to write his greatest masterpiece, a book that can either save humankind from inevitable doom or plunge it into eternal darkness.