Today we are making the food list for our camping trip next week. This is my favorite kind of list to make. We buy candy, cookies, dessert, and fixings for the most delicious dinners you could imagine. I don’t know what it is about camping that makes me go so crazy, but no complaints from this little camper over here. The process usually goes like this, I make a list heavy in treats and my hubby and his buddy buy half of what I request. They know darn well I go nuts with the list and I will never eat all those treats. I want them all, but it would take me months to eat it all. I am going to throw them off a bit and add carrots and lettuce to the list. Those are for the guinea pigs, not me. 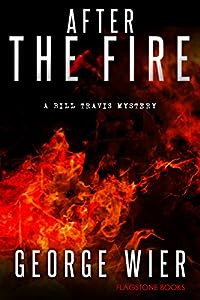 It all began with the untimely death of Sol Gunderson’s prize billygoat, Bebe. Since then, someone is out to stop anyone from discovering the truth back of the animal’s demise, particularly Bill Travis and his daughter Jessica. Was it toxic chemical waste dumped into Boggy Creek back of Gunderson’s goat farm? Was it radioactive materials? Now Sol is running around shooting his mouth off like a loose cannon, while someone is drawing a bead on Bill and Jessica.

AFTER THE FIRE is the ninth book in the Bill Travis Mystery series. 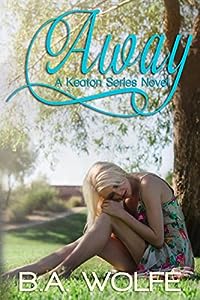 Away (The Keaton Series Book 1)
by B.A. Wolfe

What good is running AWAY when you only end up lost?

Cassandra Pierce had her whole “perfect” life planned out by her parents. One night of pure weakness and lust has her running away from it all and seeking refuge in Alamosa with her best friend. But it seems life has other plans for her when she finds herself lost in the small town of Keaton.

Jason Bradley is a charming country guy. He lives a simple life that’s nothing like what Cassandra is used to. A single moment in life changed everything he thought he once knew, leaving him with a broken heart and an unplanned future.

What happens in Keaton is nothing Cassandra or her heart could have ever prepared for. The instant connection she shares with Jason is no secret, but what they’re keeping hidden from one another is. Will these two be able to find a way to trust each other or will their secrets tear them apart? 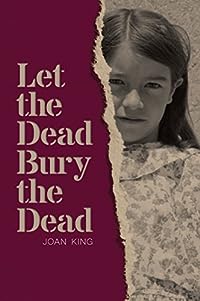 Let the Dead Bury the Dead
by Joan King

In rural Oklahoma, near the end of World War II, seven-year-old Gracie Timmons watches her grandfather die of a heart attack after confronting a gang of moonshiners on their farm. Gracie has memories of her deceased mother, but only a photograph of a uniformed soldier for a father. With no more family willing to care for her, she is taken in by the dauntless spinster who owns the general store. Plagued by fear, guilt, shame and nightmares, Gracie often retreats to the depths of her closet to pray for her father’s quick return.

When Sergeant Aaron Timmons does return, he is not the medal-adorned hero of Gracie’s dreams. A prisoner for most for the war, Aaron is jumpy and easily angered. In the upper drawer of his dresser, he keeps a stolen Bible and a row of small boxes he claims are coffins filled with dead soldiers. The town’s people whisper he is a broken man because he has “fits,” and “spells” and wets himself.

Gracie and Aaron have nothing in common except nightmares of the dead, poetry — the good kind that rhymes — and Miss Redding, Gracie’s teacher. As Aaron feuds with the gang of moonshiners who’ve set up on the family farm, Gracie learns to trust her troubled father’s attempt at love and care. 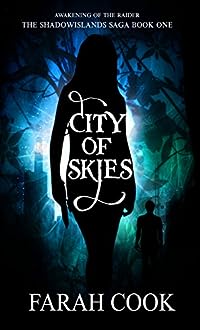 ONE GIRL. A DEADLY QUEST. AN EPIC JOURNEY.
Norah Hunt has just joined the deadly quest to discover the ancient Viking legend of the hidden Shadowislands. Her post-apocalyptic dystopian world, Triangle of Peace, is the only home she’s ever known. But at sixteen years old, the skilled young warrior joins an elite band of Raiders called Jarls. Her mission? Merely to win the perilous battle for Shadowislands and avoid falling in love with the mysterious boy who just happens to be her worst enemy — and she’s not quite sure which task is more difficult…

The dangerous battle for the Shadowislands stands between the Jarls and the Rognvald, a group of dark raiders led by Frederick Dahl, whom Nora can’t help but fall in love with. She does her best to keep her love a secret, and when Nora learns she is blessed with special powers by the Norse gods to unlock the Shadowislands, the stakes are higher than ever to claim the heavenly kingdom and crown.
Follow Nora Hunt’s action-packed adventure as she fights deadly beasts that guard the ancient myth of the Shadowislands in this epic fantasy saga. 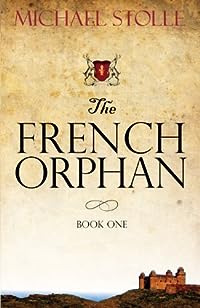 The French Orphan
by Michael Stolle

The year is 1640, and Louis XIII is on the French throne. However, as far as you’re concerned, this is all pretty meaningless. After all, as a teenage orphan living in a monastery school in Reims, all you have to worry about is dodging the unpleasant advances of a few unsavoury monks and looking forward to a life of penniless and celibate servitude in a religious order.

After a childhood and adolescence plagued by a constant longing to know who he really is, orphan Pierre has not the slightest idea that his questions are about to be answered. But you know what they say – be careful what you wish for…

Suddenly finding out who you are can bring with it not only happiness and fortune, but danger, friendship and the sort of swift education that the monastery could never have provided! The discovery of who Pierre really is affects not only Pierre and his friends, but has ramifications for the French nobility, the English crown, and most dangerous of all, the machinations of Cardinal Richelieu and his fierce ambition for the Church and for himself.