My garden is going to kill me. I have finally recovered from falling face first into the yard waste bin, and was feeling normal again when my lack or coordination struck again. As lovely as it sounds, I found a dead rat on the garden path the other day, and it nearly gave me a heart attack. So yesterday I very cautiously peek around the corner to see if there were any new surprises. When I confirmed the coast was clear, I announced to my baby bassets that all was safe and there would be no reason for me to scream. Except for the part when I took the second step with my ankle instead of my foot and rolled down the steps screaming my head off. Oh what my neighbors must think of me. All they can hear from my side of the fence is drama and agony. 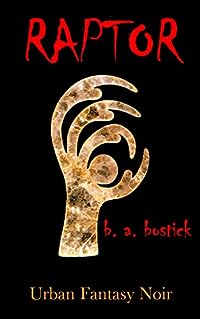 A novel of Urban Fantasy Noir

Demons only tell the truth when it will cause more trouble than lying.

21st century. For years now, ambitious demons have been taking on the guise of humans and insinuating themselves into positions of power and wealth. They have become CEOs of large corporations, politicians, lawyers, police chiefs, mayors, governors, dictators and, some say, even a president.

Humans are unaware this is happening. Only an ancient and secret society of Guardians stands between the human race and demon ambition. For centuries, Guardians have placed assassins called Raptors in every major population area around the world. Raptors, under orders from the Guardians, fight to maintain the balance between demonic attempts to achieve dominion and the safety of human race.

Frank Bishop was a vice cop for six years. Now he’s a private investigator who’s been hired to find a missing child. Bishop thought he’d seen everything the underbelly of the city had to offer until a demon slayer named Ariel saves him from being killed by one of her targets.

Bishop’s world is turned upside down when Ariel proves to him that demons and other supernatural creatures are real. With the aid of a young hacker, Ariel and Bishop form an uneasy alliance to find out who abducted six-year-old Suzee Elizabeth Morgan. Their search takes Bishop into a subculture of supernatural beings, good and evil biotech geniuses and demons who have insinuated themselves into positions of power and wealth by appearing to be human.

The battle for humanity begins. 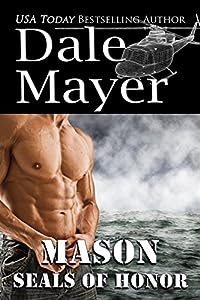 Kill or be killed.

Part of an elite SEAL team, Mason takes on the dangerous jobs no one else wants to do – or can do. When he’s on a mission, he’s focused and dedicated. When he’s not, he plays as hard as he fights.
Until he meets a woman he can’t have but can’t forget.

Software developer, Tesla lost her brother in combat and has no intention of getting close to someone else in the military. Determined to save other US soldiers from a similar fate, she’s created a program that could save lives. But other countries know about the program, and they won’t stop until they get it – and get her.

Time is running out… For her… For him… For them… 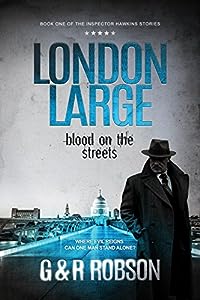 A corrupt system. A city in meltdown. A rogue cop, bent on revenge. Who will deliver justice?

Blood on the Streets is the first in the London Large crime thriller series, featuring the exploits of Detective Inspector Harry ‘H’ Hawkins, an old-school London copper with over thirty years of besting villains under his belt. When a bloody international gang war threatens to rip the metropolis apart, ‘London’s top copper’ finds himself under siege as never before.

Haunted by flashbacks of the horrors he experienced in the Falklands War, held accountable for the unstoppable wave of violent chaos that is turning the streets of his city red with blood, hounded and ridiculed by a media he cannot understand and continually thwarted by an establishment cover up of he knows not what, the big man is bang in trouble.

As the chaos in London reaches boiling point can H, against all the odds, bring the streets under control, see through the fog of a high-level conspiracy and rescue his partner Amisha before she is killed by her ruthless kidnappers? And will he himself be forced to step outside the law to do so?

If you like hard-boiled, gritty and action packed novels with terrific twists you’ll love Blood on the Streets – let it take you through a thrilling rollercoaster ride through the dark underbelly of criminal London. 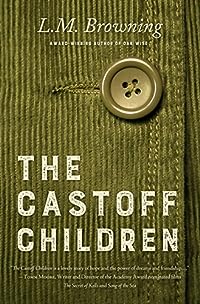 The Castoff Children
by L.M. Browning

The year is 1850. The Revolutionary War has long since come to an end and the industrial revolution is beginning to build steam, overturning the old ways of home and hearth as it gains momentum. In a desperate hour, in the back alleys of Boston, a group of twelve castoff children come together to care for each other. Plagued by the unanswered questions surrounding their past and grief for loved ones lost, the children attempt to come to terms with the bitter truths that have defined their life thus far. Feeling forsaken, faced with prejudice, hostile gangs and in the hardest winter on record, the children find themselves on the ragged edge. Until a series of mysterious events begin taking place, making them feel that they are not as alone and helpless as they might have thought. 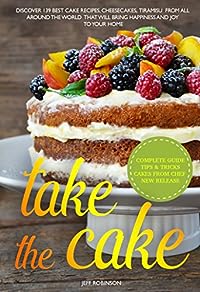 Take The Cake: Discover 139 Best cake recipes, cheesecakes, tiramisu, from all around the world that will bring happiness and joy to your home.
by Jeff Robinson

After Reading This Book, Your Neighbors Will Stop By Your Place Each Time You Make a Cake.

Cakes
“… these recipes are incredibly addicting. They will melt in your mouth, I promise.

The world of competitive of confectionery is full of a bunch of really nice folks who are real professionals of different types of desserts. Most of them will give you the shirt off their back if it helps you out, but if you start asking about their cooking secrets… let’s just say you shouldn’t expect it to end well. But you need to know what you’re doing, from the beginning to get the best result. And this book exists to help you to cook 139 types of cakes with big pleasure. It is not an another book about typical cakes recipes. Take the cake – it is the new reference book for connoisseurs of the sweet where you will find step by step instruction of cooking any of 139 cakes. I wrote this book with a big love for readers, and it consists of the Best Top cakes recipes from all over the world. You will find secrets and tricks from the expert confectioners. Join us and feel real pleasure from reading this book and then from cooking the best cakes for everybody! Because you can Take The Cake!;)

This book is written to help you open new ways and secrets of cooking the top cakes just using skills and techniques of world confectioners even staying at your home kitchen.