I was right on budget this month and feeling good, so my critters all got together and decided they all need visits to the vet. Next time I will keep my budget a secret from them. 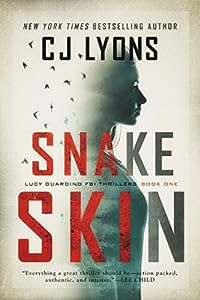 From New York Times bestselling author CJ Lyons comes an irresistible read that’s “everything a great thriller should be — action packed, authentic, and intense” (Lee Child). With over 400 five-star reviews!

Until the day she comes up against a predator more vicious and cunning than any she’s ever tackled before, one who forces Lucy to choose between the life of the young victim she is fighting to save and her own daughter’s… and Lucy’s dream life is shattered.

WARNING: the Lucy Guardino FBI Thrillers are NOT for the faint of heart! They depict adult situations, realistic violence with consequences, and delve deep into the darkness of the human heart and mind.

SNAKE SKIN is the first novel in the Lucy Guardino FBI Thrillers series. If you enjoy captivating suspense, intelligent storytelling, strong and vulnerable characters, and a freight-train pace, then you’ll love this adrenaline rush of a heart-pounding thriller. 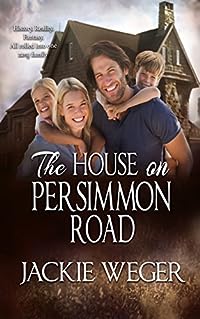 The House on Persimmon Road
by Jackie Weger

Need Help? Hire a Ghost. She Cooks. Lottie Roberts has been sitting on her bones since the Civil War, waiting for her ticket to heaven until Justine Hale moves into Lottie’s two-hundred-year-old house with three generations of emotional baggage: Her mother, her ex mother-in-law and two pesky children. Lottie senses in Justine a kindred spirit, one filled with heartache and in reduced circumstances, which mirrors Lottie’s situation exactly. Justine needs help. Lottie is of a mind to provide it, but before she can say squat, Tucker Highsmith arrives. His dark eyes, lazy grin, and sexy Alabama drawl coupled with the dern braggart’s Mr. Fix-it talents just might be the answer to all of Justine’s problems. Or maybe not… Because Lottie has her own agenda, one she has been waiting, hoping and praying for since she discovered her bones on a hidden staircase. 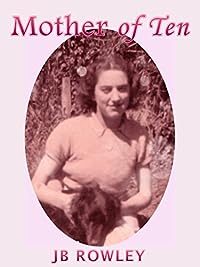 Mother of Ten (Whisper My Secret Book 2)
by JB Rowley

What happens to children who are robbed of family?

In this sequel to Whisper My Secret, JB Rowley explores what happened to the three half-siblings she never knew. As one of the children of Myrtle’s second family, JB also offers a personal view of a mother making a new life without her first family.

Although the devastating loss of her first three children remained with her, Myrtle became a caring and committed mother of seven more children living in near isolation in the Australian bush. This mother’s strength of character is matched in her first three children who survived and thrived despite being cheated of the nurturing that should have been their birthright.

Their stories are sad, sometimes heartbreaking but ultimately courageous and inspiring. 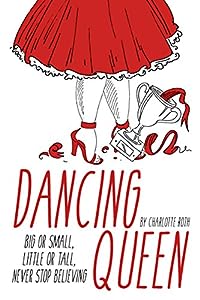 Fiona has a big butt and big dancing dreams, which, according to her mom, don’t go well together. Now, at the age of thirty-five, Fiona is finally ready to prove to her mom, the world, and herself that every body can be a dancer’s body…
All her life, Fiona Madsen has dreamed of becoming a dancer — a dream that was shattered on her seventh birthday when her mom told her that dancing was not for “fat girls” like her. Now, Fiona is again confronted with her weight issues when the HR department at work kindly encourages her to attend a support group for people with health problems. Here, she connects with Skinny Stu from accounting and realizes the two of them have more in common than she could ever imagine.
To address their issues, Stu suggests the two sign up for a Dancing With the Local Stars competition. After much deliberation and soul searching, Fiona says yes and together they — Fat Fiona and Skinny Stu — embark on a journey that will change their lives forever. But they must overcome one major obstacle first… Fiona’s sister, who’s running for mayor, finds out about the competition and threatens to have Fiona disqualified.Will Fiona withdraw from the competition to protect her sister’s reputation or will she follow her childhood dream of becoming the ultimate Dancing Queen?
Set in everyday life in Seattle, Dancing Queen is a story of hope and finding the courage to be happy with who you are instead of who others think you are. 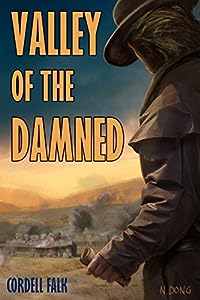 Valley of the Damned
by Cordell Falk

Matthew Carter comes to the violent boomtown of Darwin just one job away from leaving his troubled past behind. When his mentor is murdered, he must choose between running into the desert and staying on to find the stash of gold that could mean his redemption. Caught in a firestorm between the competing wills of a legendary lawman, a corrupt rail baron, and a vengeful Colonel, Matthew rides hard with the fear that his last job may turn out to be just that.

This is the first episode of a western saga presented in serial format. Matthew’s flight from danger introduces some of the players in this suspense filled version of the Old West and sets the train moving through what will become a six volume story-arc of grand conspiracy and twisted allegiance.