A Squirrel With A Hat & Free Kindle Books

Even though I tell him every day that I will not feed him until 7, he screams at me. It starts as soon as my feet hit the floor when I wake up in the morning. My routine never changes and he knows that. He sits next to me at the computer meowing and placing his paw gently on my hand asking again and again for breakfast. It would seem the thing to do would be just feed him, but he does this when I wake up at 3am as well. I need to stick to a strict feeding schedule so he doesn’t go too long between feedings and his diabetes medicine. I have often thought it would be beneficial to go to a pet psychic, but I am afraid he might tell them some dirt about me. Like how I eat my baby bassets candy while they sleep or are at school, or how I hide containers of frosting from my hubby. I think kitty knows a little too much about me. I hope no one invents a pet translator. That would be such a hot mess. Just don’t. 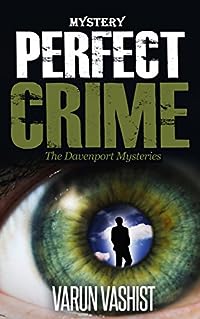 The daughter of one of the most influential man in New York falls for a struggling investment banker. After a torrid affair, they finally get married. Everything seems to head towards a life of joy when the wife vanishes into thin air and the husband becomes the prime suspect.
As Agent Kiara Davenport is about to get hold of him, a ransom call is made from overseas. And, as she is about to catch the caller, someone else confesses to the crime. She knows something is amiss and as she is about to get to the bottom of it, all the suspects start getting killed one by one.
Everyone is a suspect and each suspect is more influential than the other. Will Kiara find the real culprit or become a pawn in the cat and mouse game? 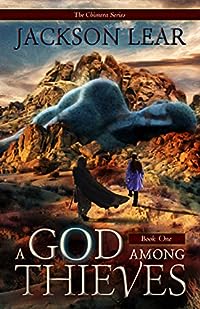 For the first time in history, an empire of muskets and cannons is gaining ground in the war against living, breathing gods. Entire armies have been massacred in a conflict which, at times, seems to be absurdly worth it.

Thousands of miles away, the principality of Moqara lies on the verge of being crushed by every neighbor around them. At the center of the crisis are reports that the empire has set its sights on acquiring the oasis city at any cost, convinced that its trade lines may be the key to securing victory for the human race.

A former resident, Kes, stumbles through the Moqaran desert, barely alive, carrying a message no one wants to hear: one of the gods wants to defect to the human side. It is not known who the message is intended for, and the only person who can vouch for Kes, Lazden Dadario of the Prince’s Guard, doesn’t trust a word she says. 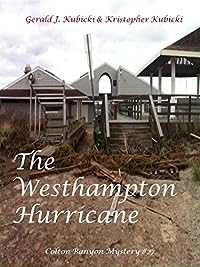 In the early fall of 1966, A hurricane hits the ocean resort community of Westhampton, NY. It breaks through the barrier island of Dune Road and washes several houses into the bay. It has happened before.
A brash young Colton Banyon and his friend Dale decide to have a look, but are prevented from entering the area by the military. It seems the storm has dredged up more than the houses and the western part of Dune Road is suddenly off limits to everyone.
The storm has uncovered a lost German U-Boat that hides a secret. But there are also more items discovered that are threatening a way of life.
Colt and Dale embark on a weekend long adventure that takes them all over town while meeting with several unusual characters as they try to uncover the secrets of the Westhampton Hurricane. 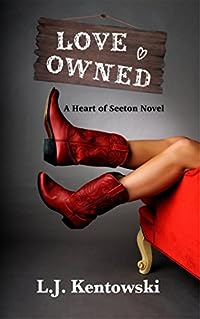 Riley Kastner is desperate to prove she can make it as an independent business owner, if for no other reason than to avoid working for her condescending parents. Unfortunately, her fledging planning business isn’t exactly soaring. In fact, it hasn’t even lifted for takeoff. So, when she finds out she’s the beneficiary of a bar in small town, USA, she takes a chance and lets fate lead the way.

Dax Beckett wanted nothing to do with his dad’s bar, but he sure as hell didn’t expect him to give it to a complete stranger, especially a big city girl who knows nothing about running one. So, what’s a guy to do to save the family business? Charm her out of her sexy undergarments, of course.

But who’s in charge, when it’s owned by love?

Making Beckett’s a success is the common goal, but are they willing to sacrifice their hearts to achieve it?