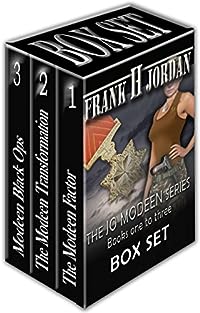 A collection of the first three books in the high-action JO MODEEN thriller series by Frank H Jordan.

With a salute to characters like Russell Blake’s thrilling Jet and Lee Child’s tough-as-nails Jack Reacher, THE MODEEN FACTOR, book one in the series, introduces Josephine Dakota Modeen MG, the kick-ass heroine we’d all like to have on our side.

Following a distinguished military career – having successfully passed the gruelling entry programme to be the first woman accepted into Australia’s elite SASR and earning the Medal for Gallantry in action – Modeen is left wondering what’s next. And for someone with her unique skills, the options are limited. When unexpectedly contacted by her old CO Ben Logan VC MG, now a team leader with Australia’s national security agency, she knows it’s not a social call.
What she doesn’t know is how it will change her life…

In book two, THE MODEEN TRANSFORMATION, Modeen’s team is in pursuit of ruthless kidnappers and their high-profile hostages, abducted during the 2014 international G20 Summit in Brisbane, Queensland. Always a step behind but remaining hopeful of finding the captives alive, the team tracks the wily kidnappers from the state’s south to its far north. And along the way they make a shocking discovery… of how close to home the threat lies.

In book three, MODEEN: BLACK OPS, Modeen is faced with a dilemma – should she follow her orders or her instincts? Her team disperses under deep cover to unravel the web of secrets surrounding their latest mission, which takes them from country Victoria to Australia’s national capital, and across the ocean to Kabul in Afghanistan.
And the stakes couldn’t be higher… 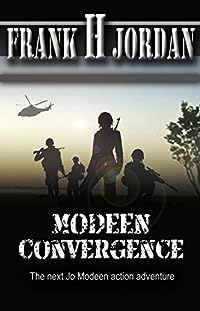 In MODEEN CONVERGENCE, the fourth Jo Modeen high-action thriller, the state premier, a small man who’s made big enemies during his first term in office, has received death threats the federal police are taking seriously. For his planned visit to Cairns in far north Queensland, the Feds call on national security agency NatSec to provide assistance with the protection detail.
Agent Jo Modeen is assigned the task, but having previously assisted with the pursuit and rescue of hostages, survived deadly encounters with terrorists and led a black ops mission, this latest assignment seems like a ‘babysitting’ job… that is, until an attempt is made on her life and it becomes clear the stakes are higher than first thought.

Realising there’s more to deal with than recently retrenched and highly disgruntled public servants and vengeful biker gangs, NatSec Beta Team leader Ben Logan re-forms Modeen’s old unit, and they converge on what becomes a complex mission with dangerous links to the past… 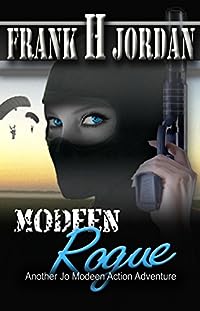 And the prognosis for his recovery isn’t good.

Driven to pursue the organisation responsible, Modeen embarks on an unauthorised campaign of retribution. A campaign that is both personal and perilous. 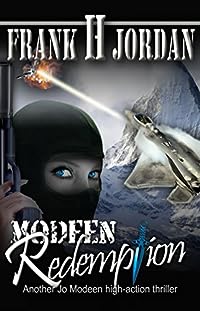 No longer NatSec agents, Troy ‘Wolf’ Wolverton and Josephine Dakota Modeen drop off the radar intending to pursue a conventional life, only to find themselves targeted by a deadly hit squad. Having been dragged back into the fray by the unexpected attack, they’re left wondering if their past will forever haunt their future.

With a new faction vying for control of the Black Mamba criminal organisation, it’s uncertain at first who’s responsible for the attempted hit. NatSec team leader Ben Logan provides what support he can to his two ex-agents, but he’s faced with a more pressing issue. The US Department of Defence is demanding additional on-ground surveillance at a high-tech Australian laboratory, where final testing is underway of the DOD’s latest and most advanced weapon.

A weapon that could alter the course of modern warfare and cement America’s position as the world’s dominant superpower.
Unless the prototype falls into the wrong hands…
This fast-paced, high-action thriller will appeal to readers of Russell Blake’s JET series and Lee Child’s JACK REACHER novels. MODEEN REDEMPTION is the sixth instalment in the thrilling JO MODEEN series.

Scroll up and buy to share Modeen’s latest edge-of-the-seat adventure!