I started doing some of the Back to School shopping for my baby bassets last night. I always consider buying new socks and underwear a must to start the school year off right. This year marks a sad occasion though. The underwear I bought for my youngest basset does not have any fun characters on them. No Pokemon. No Mario. Just solid colors and stripes. They look like underwear a man would wear. My youngest even picked out a lunchbox that was plain. I was just about to cry, but then my oldest chose a Minecraft lunchbox. OH THANK GOSH!! I still have my sweet young babies! 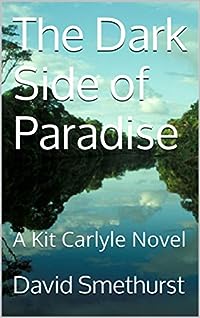 The Dark Side of Paradise: A Kit Carlyle Novel
by David Smethurst

Kit Carlyle, newly minted professor at the University of California at Berkeley, wakes up on the banks of a creek in the middle of the Costa Rican rainforest. It’s pitch dark and he’s bleeding from a wound on his head where someone hit him after he left the Culebra Bar in Tortuguero. As he comes to his senses, he realizes this is the second attempt to kill him. But by whom? And why? Kit struggles to his feet and embarks on a journey that takes him from a hidden lagoon in Costa Rica to the ivory towers of the University of California at Berkeley. Pursued by the drug cartel, Kit must sort friend from foe as he tries to solve the mystery before it’s too late.

The Dark Side of Paradise is an enthralling thriller that pulls away the civilized curtain of academia and explores the sinister side of a tropical paradise.

YOUR BEST FRIEND IS DEAD ON HIS LIVING ROOM FLOOR
Suddenly you’re jerked into a scene right out an intense action thriller book. You’d planned a transpacific adventure with him and other close friends on your huge, historical sailboat. Without mercy, you’re locked into a nightmare like an FBI thriller, a CIA black ops story and a detective crime book all rolled into one.

WHAT IF YOU WERE THE FIRST PERSON TO BREAK THE TRILLIONAIRE BARRIER
You’ve seen clearly that billionaires are as tedious as any other financial stratum. Bored with making money and the lammo conversation of the rich and famous; you have retreated to your Texas ranch and re-channeled your energy into raising outstanding quarter horses.

YOU ARE A FORCE RECON MARINE, RETIRED
You are a lethal engine designed not just for combat, but intense mental reconnaissance while fighting.

A BRAND NEW ACTION ADVENTURE SERIES COMES ON LIKE A THERMONUCLEAR REACTION
With huge thrust the Trillion Dollar man books begin and explode right off the page. Don’t kill anyone’s best friend and for sure, not a Force Reconnaissance Marine’s.

YOUR BEST FRIEND’S STATELY HOME LOOKS LIKE A WARZONE
Your heavy duty, Marine Corps, battle damage assessment drills, remote sensors location exercises and your initial terminal guidance training all kick in at once.

A disgusting detective crime scene right out of an gritty, suspense laden mystery book is in your face. But at the same time, it’s more much bigger, like huge action adventure books; it’s instantly obvious that something more sinister than ordinary cops stuff, than mystery crime stories is going on, something big and weird right out of a series of huge, black op action thrillers is at play.

The destruction is like one sees in war novels, like American Sniper?like the weapons one finds in Special Forces fiction. Some big, sinister group is on your back, something like the government conspiracy against Jason in The Bourne Identity, like heavy government surveillance novels, like CIA fiction, like all of it: FBI thriller, CIA black ops, and a detective crime book in the same instant.

YOU KNOW INSTANTLY THAT YOU WILL FIND THE UNFRIENDLIES
Because of your training for deadly force encounters, you engage instantly. “The United States Marine Corps Force Reconnaissance detachments, or FORECON, operate in deep reconnaissance, direct action, and the control of supporting arms; to convey military intelligence beyond the means of a commander’s area of influence in the battlefield… ”
Wikipedia

YOU ARE A VERY HEALTHY VET LIKE CHRIS KYLE IN CLINT EASTWOOD’S MOVIE, AMERICAN SNIPER
When you retired from the Marines, you never stopped long enough for Post-Traumatic Stress Syndrome to rule your world. On returning to civilian life you saw clearly?from combat shocking you into an eyes-wide-open view of life?that the Uber-Rich own everything. That you needed money to have a wife and kids and put your training straight to work in the money markets.

WHAT IF ALL THAT FORCE RECON TRAINING HAD GIVEN YOU CLARITY
They operate at such great distances that they are beyond the boundaries, or fan, of any artillery and/or naval gunfire support (NGFS); unlike their Division Recon brethren, whose operations are primarily within the artillery and gunfire support fan. Silence and stealth are vital… ”
Wikipedia

A brand new, 21st Century Thriller Series is launched. This first novel, A Trillion Dollar Man, explodes off the page: like American Sniper, a U.S. Government trained killer comes home and starts doing good rather than collapsing in PTS.

A new type of hero goes after the killers who are poaching large mammals globally. Not only harvesting parts off the proud elephants and rhinos in Africa, they are slaughtering and harvesting paws and organs from Smokey the Bear right here in U.S. National Parks.

But they make a big mistake… 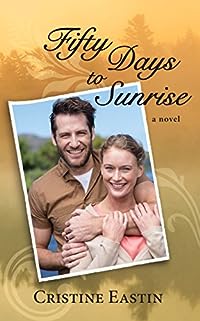 Her life is a love story, but then… What’s a woman to do when her husband dies three thousand miles from home? Scream, cry–or run.

It’s 2003, a year and a half after her husband’s death. Fifty-three years old and alone, Lissa Maguire’s seething with grief. She has to cope but makes a self-destructive mess of it.

Lissa’s parents ask her to spend the summer in small-town Gifford, Minnesota, helping them move to an apartment. Cleaning out the attic of her childhood home, Lissa discovers her old diaries, and her potholed road to healing begins.

But when an old friend turns up, she’s confused… and surprised. 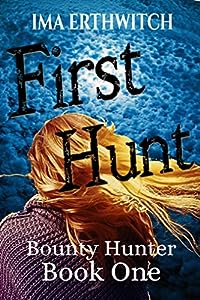 “My name is Treya and I live in what used to be a small gentrified city in northwest Arkansas. Now it’s basically a FEMA concentration camp, although they don’t call it that. They still call it Bentonville.”

It’s a good thing Treya is tenacious. With a job assignment to bring a criminal down to grub stage, which means three times hunted and twice killed, she’ll need it. When she’s paired with a serious, no-nonsense mentor with an acronym for a name, she finds herself in over her head. Being a bounty hunter for the Acquisitions, Retribution, & Silencing Agency in northwest Arkansas isn’t exactly what she thought it’d be. On her training mission, Treya learns wilderness survival and how to use her paranormal tracking skills as she and DRSS bushwhack through the Buffalo River area in pursuit of a target.

While on the hunt, Treya becomes privy to secrets that could get her killed. She has to decide who to trust – her mentor, or the government she despises. This is book one of the rural fantasy trilogy “Bounty Hunter” and is set in the near future after global collapse with the US under martial law. 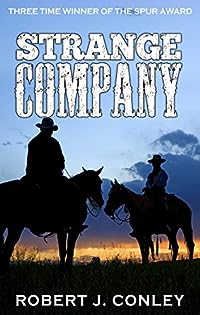 The fight is on…

When Dhu Walker, an educated, half Cherokee Indian, is separated from his brigade at the battle of Pea Ridge, he sees a chance to escape his Confederate tormentors.

On the run, he meets Ben Franklin Lacey, a simple farm boy from Iowa. In the Union blue himself, Ben eyes Dhu’s uniform and the colour of his skin with mistrust.

Soon they find a common enemy in Confederate Captain, Gordon Early – better known as ‘Old Harm’ because of his streak of sadism.

Captured by ‘Old Harm’ and the remains of his company, Dhu and Ben must find a way to break free from the torture that surely awaits them.

In a divided land, can Dhu and Ben overcome the odds and exact a deserved revenge?