I am so torn. My big fluffy kitty has finally lost all the weight he needed to, but he just doesn’t look like my sweet fluffy boy anymore. He doesn’t look as healthy as he did before. I can tell he feels better though because he jumps and runs on everything. I haven’t seen him move this much since he was a kitten. It’s crazy. I am really fighting the urge to give him treats and see if I can fatten him back up just a little. The only thing stopping me is his diabetes medicine is working perfectly at this weight and I don’t want him to get sick again. I do enjoy finding him in the odd places though. It’s like a game now to see who can find Sinny first. That little bugger can hide now in the craziest places. He hasn’t quite gotten the game yet because every time someone enters the room he meows softly in his hiding place. 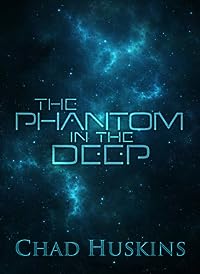 The Phantom in the Deep (Rook’s Song Book 1)
by Chad Huskins, William Fruman

Ten years after mankind has been wiped out from the universe by a techno-organic race known as the Cerebrals, a lone pilot, call sign “Rook,” stands alone in an asteroid field in a distant part of a spiral arm of the Milky Way Galaxy. As they close in around his home, ready to extinguish humanity once and for all, Rook stumbles upon a possible weakness in the Cerebs. One that humanity never discovered in time. Using strategies garnered from the Academy, as well as from his days as a Chess champion, he plans to make a last stand worthy enough to demonstrate the imaginative power of Man. 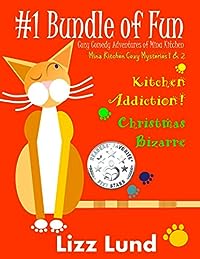 If you’re looking for funny novels for women, packed with humor, chatty animals (in the guise of pets) — and recipes — look no further. Lund’s cozy mystery series – Books 1 & 2 – are hilarious light hearted mysteries that blend delightful characters and great dialogue with a dash of thrillers and suspense. These cozy comedy capers whip up frothy fiction that’s sure to amuse Kindle readers. They also deliver a virtual tourist romp through Lancaster City and its surroundings.

Chock full of delightful surprises, both mysteries finish with a bonus section of free recipes, vetted by Lund’s chef husband, for your culinary pleasure!

Meet Mina Kitchen, a forty-something single who likes to cook — and cook and cook. In fact, her zest for whipping up trays of canapés is dwarfed only by her weird luck and mountain-lion size tabby cat, Vinnie. That, and her godmom’s tendency for blackmailing new members into joining St. Bart’s. Okay, maybe Mina’s Swiffer-addicted neighbor, Vito, is a bit weird, too. As if all that wasn’t enough, Mina’s a Jersey girl transplanted in the midst of the Amish-flavored countryside of Lancaster, PA.

Things get really complicated when she learns that her neighbor Vito is in a witness protection program, and her dry cleaner deals in prescription samples. Throw in a few mysterious flaming feces flingers and a fuse box labeled in Arabic, and you have a recipe for catering disorders.

What do Santa’s Sidekick, a dead lawyer and a geriatric vampire have in common? Meet Mina Kitchen — a forty-something single who finds trouble quicker than she can whip up a batch of breakfast breads. Plural. Her catering disorder runs neck-and-neck with her weird luck, and her cat’s weirder tendency toward gnawing elf gear. Okay, and getting kidnapped a couple of times in one week is a little strange, too.

Her next door neighbor Vito’s past as ex-leader of the Moils, the Jewish-Polish Family from Bumville, New Jersey, comes to light and throws a dollop of dilemmas into an already simmering plot.

Top it all off with a counterfeiting ring, a county-wide dearth of holiday wrapping tape, and a mass of pets running loose at the local mall, and what do you have? A recipe for disaster that Mina whips to a froth. 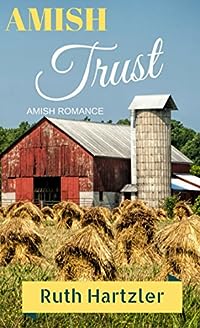 Rachel’s grandmother in Pennsylvania left a large home to Rachel and her mother, Miriam. When the two women move from Ohio to claim the house, planning to turn it into a B&B, they are shocked to see it is in desperate need of repair. To make matters worse, their nearest Amish neighbor, Isaac, is rude to them, yet Rachel is strangely drawn to him.
Will Isaac be able to overcome his past and love again?
How will Rachel and her mother turn a derelict house into a B&B, while keeping at bay treasure hunters, rival B&B owners, and Isaac’s attitude? 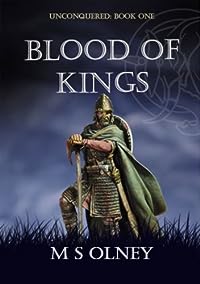 As the kingdom teeters on the edge of chaos King Edward the Confessor dies without an heir, sparking off events that will see three of the most powerful men in Europe fight to the death for Christendoms greatest prize, the crown of Saxon England.

Rebellion, war, love and loss will test the strength and faith of Osfrid Hunweldsen, a noble who fights to save his family from the hands of tyranny and the coming invasion of the kingdom. 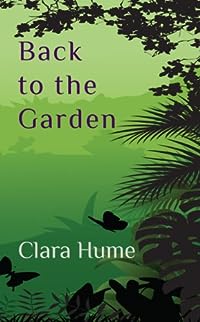 Back to the Garden
by Clara Hume

Clara Hume’s novel takes the reader through apocalyptic America, after climate change and other ecological disasters have devastated the planet. Rather than being an action-packed dystopian novel, Back to the Garden is speculative, literary fiction that looks at human interaction, adaption, regret, and cultural evolution after the collapse of society as we know it. Not all doom and gloom, the novel offers hope, laughter, and determination.

A group of survivors heads out to find loved ones, meanwhile facing painfully nostalgic memories of a different world as well as struggling through personal loss and tragedy. Across fierce deserts and ghost towns, contaminated lakes and rivers, and deplorable faces of death, the group develops surprising relationships and resolutions.

This novel presents a frightening and tragic possibility for our future but doesn’t ignore our affirmative connection to nature and other people. The novel attempts to open people’s eyes to the importance of respecting limits, before it’s too late.