For five days people have been setting off fireworks. Huge booms and flashes that made your heart skip a beat. It has been five days of chaos. Oddly, not one of my critters seemed really concerned. The chickens acted like it was business as usual. The piggies lounged around the food bowl waiting for the next meal. The pup and kitty seemed bored. It sounded like the world was ending all around us, and none of the critters were seemed in the least bit worried. I guess wonderful chaos is completely normal in this home. 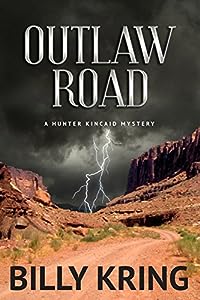 Ten days before the start of her civil trial for shooting drug smuggler Julian “El Lobo” Garcia, the U.S. Government assigns Border Patrol Agent Hunter Kincaid a quirky new defense attorney fresh from rehab–for an amphetamine addiction, no less. She’s also on the outs with her former lover, legendary Texas Sheriff Wayne Rockman, and that’s causing problems at work. To top things off, Hunter’s brother will be the prosecuting attorney. The last thing she needs is something more on her plate.

But when she apprehends and returns to Mexico a remarkable fourteen-year-old orphan named Anda Tumecas, priorities change. Hunter crosses the border into Mexico to check on Anda, and learns the orphan is running for her life. A gang of cutthroats are on her trail, intent on killing her before she can talk about the criminal operations she witnessed.

Hunter encounters a handsome, charming thief in Mexico named Bobby Mata, who, on a whim, decides to help her find Anda. Hunter has to return to Texas and attend her trial, but bad news comes from OJ, and there are bodies involved. Hunter makes a fateful decision and leaves in the middle of the trial, racing to Presidio where she crosses into Mexico to find Anda.

As Anda weaves a desperate trail to throw off her pursuers, she leads them – and Hunter – to the most dangerous place on the border. It is a lawless Mexican village of raw adobe buildings and dirt streets, whose residents are Chihuahua’s worst criminals and sociopaths. The gun and knife are judge and jury here. It is the place called Outlaw Road. 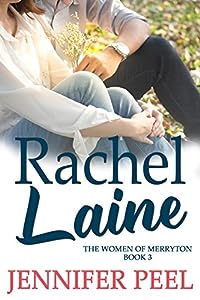 Rachel Laine (The Women of Merryton Book 3)
by Jennifer Peel

Rachel Whitney’s life changed forever when Drew, the son of her twin sister, Sydney, was placed in her arms — and there he stayed. At twenty-two, she had no idea what she was doing, but in that moment, she knew that raising Drew was what she was meant to do with her life.

Fiercely independent, Rachel makes her own way managing her family’s insurance agency. Decidedly against introducing any men into her life, or Drew’s, she protects her heart against all romantic entanglements. But what she didn’t count on was a letter from her sister that leads a famous secret to her door eight years after her sister’s death. A secret with the same eyes as her son’s.

Desperate not to get the courts involved, Rachel allows Drew’s previously unknown father, Andrew Turner, into their lives, and to her surprise, little by little into her heart. But for Rachel, taking that step could open her family to a firestorm of media attention that not even Merryton can protect them from. Is love worth the risk? Or will Andrew’s fame and ambition ruin their chances? 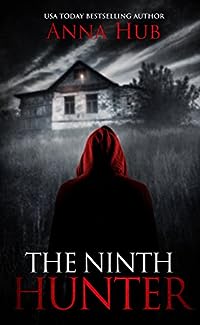 The Ninth Hunter
by Anna Hub

They weren’t ghosts of the dead with unfinished business. They were something far more sinister.

Daniel Barrow is a ghost hunter bound to a life of misery; protecting the world from ghosts by killing their human hosts. He knows the rules: mark the targets, plot the crime scenes, and then murder those beyond saving. Daniel’s safe in his rituals — until he meets Faye Michaels.

Faye isn’t his average target and her ghosts threaten to destroy everything he has worked for. When his ritual goes wrong, Daniel must create an uneasy alliance with the woman he intended to kill. But the deeper they dig, the closer they get to a dangerous secret that will change their lives forever.

Daniel must make a choice: fulfil his duty, or turn his back on those he has come to trust. Can the truth lead him to salvation? 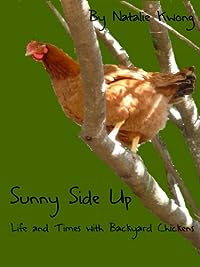 Sunny Side Up: Life and Times with Backyard Chickens
by Natalie Kwong

This fun, quick-read eBook exclusive includes all the beloved tales from “Sunny Side Up”, featured in Natalie Kwong’s book “Natalie’s Notebook”. “Sunny Side Up” is about 13-year-old Natalie growing up in a suburban town with crazy chickens living in her backyard. Short stories range from a desperate chicken escape, a surprise rooster, a poor little chick with a crooked beak, and more. Written when Natalie was 11-years-old in 2012, readers will feel her emotions as she tells her tales of quirky chickens who somehow found a place in her heart. 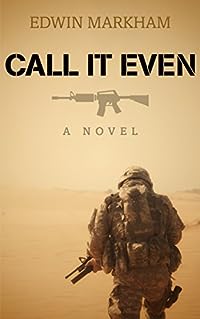 Call It Even
by Edwin Markham

Robbie Bowman is a U.S. Army veteran of Iraq and Afghanistan troubled by guilt and sorrow. He is looking for his missing sister, the only family he has left, and for redemption and peace. Bowman finds himself in a small town in New Mexico, where he is arrested for a brutal double murder, which triggers chilling memories of other deaths for which he feels responsible. Circumstance and his guilty conscience drive him to take on those responsible for the murders. His survival skills and combat prowess will be tested as he finds himself in a mortal struggle with vicious drug traffickers and their allies. But not all of the good guys are blameless, and not all of the bad guys are evil. He must use his judgment as well as his fighting skills.