I am always very cautious when I sit down to watch a movie put out by Disney.  I am still trying to get over the shock of Finding Nemo when the the mom and her babies were MURDERED! THE HORROR! I never want my baby bassets to go through what I went through. Last night when my baby bassets and I sat down to watch a Disney movie, I warned them that the mother would most likely die. They understood this and were prepared. It was legitimate threat since the movie starts out with the mom very sick in the hospital. You can see my concern. I was prepared. I was strong. Half way through the movie I was getting a bit impatient so I did a Google searched to see if the mom dies. According to a fan theory I read it was much much worse. The children and the mother die in the movie. OH MY NOOOOO!!! I am blubbering like a baby now. I can hardly contain my grief. The movie ends and I am shattered. I am a horrible mess, barely able to stand. I always like to read up on movies and find the deeper meanings, so I looked through some of the other search results I had brought up earlier. Turns out the mother and kids don’t actually die, the theory is all wrong, and this was confirmed by the studio. It was actually a happy ending. Oh… I see. Well fine then. 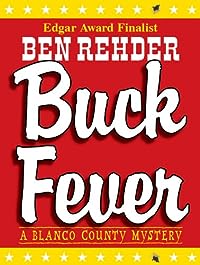 Buck Fever: It’s the week before deer hunting season, as close to a statewide holiday as you get in Texas, and the locals are getting restless. Game Warden John Marlin has his hands full with poaching complaints coming in faster than he can write out-of-season tickets. Then a call of a different sort comes in. A man dressed up in some sort of deer costume has been shot at the Circle S ranch, and witnesses are reporting a massive wild-eyed buck prancing about the pasture in a lovesick frenzy. Marlin’s seen a lot in his years, but this is wilder than he could have imagined: the man in the deer suit is a good friend, and the whacked-out whitetail isn’t exactly a stranger either. It’s the beginning of a mad, frantic weekend in Blanco County, one that will see a few more men shot, an invasion by Colombians with more than hunting on their minds, and damn near the end of Marlin’s life. Ben Rehder serves it all up with a huge helping of humor in this debut comic mystery that will firmly establish him as the funniest crime writer in Texas. 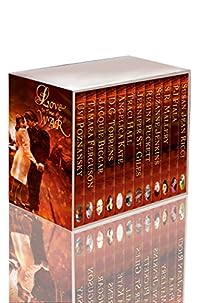 Sail into danger, explore passion and intrigue in these twelve love stories about the heart of men called to serve in dangerous locales and the valiance of women who long for them to come home. You will find yourself inspired by this collection, written by multi award-winning, USA Today and International bestselling authors.

Dancing with Air by Uvi Poznansky
In WWII London, Lenny is involved in a covert intelligence ploy. His task must remain confidential, even at the risk of Natasha becoming suspicious of him. Will their love survive the test of war?

Two Hearts Unspoken by Tamara Ferguson
Beth Bowen is a single mom of an autistic son. Zach Logan is a wounded warrior searching for a life after Iraq. Can two lonely people discover that love is that something unspoken, missing from their lives?

The Rebel’s Redemption by Jacquie Biggar
When an old enemy follows him from Iraq and causes mayhem in Tidal Falls, can Jared overcome the odds to protect the woman he’s always loved?

Broken Wings by D.G. Torrens
Joshua, a bomb disposal expert in Afghanistan. Angelina, an editor of a local newspaper. Both avoiding love at all costs, until they are unexpectedly thrown together. Tested beyond belief… Can their love survive?

A Soldier’s Promise by Angelica Kate
Ryker is most comfortable in the regulated world of the military. When he is sent to Darby’s doorstep to keep a promise to one of his fallen team members, every rule he holds will be challenged!

Returning Home by the Sea by Traci Hall
Brayden and Zoe wed before he went to Iraq. Once united in passion, a lot has changed in the six years he’s been away. Will their love survive his homecoming?

A Weldon Family Christmas by Jennifer St. Giles
A frightening event with an uncertain outcome sends Emma and John’s memory to the past, where her helicopter went down in Vietnam enemy territory, and he risked everything to save her. Can she save him now?

The Magic of Snow by Regina Puckett
When Staff Sergeant Charlie Prince’s letters stop arriving from Afghanistan, Sarah White waits in agonizing suspense to discover what has happened to the man she loves.

Mademoiselle by Suzanne Jenkins
To Philipa, working at Mademoiselle Magazine is more important than anything, even love. Her friend, Walter, hopes for a change, but not until his trip to the Persian Gulf does she begin to listen to her heart.

Genteel Secrets by S.R. Mallery
In 1861 America, can the love between a Confederate female spy and the Pinkerton detective hired to shadow her survive, or will their story become just another casualty of war?

Moving to Forever by PJ Fiala
Danny Schaefer returns from Afghanistan broken in body, battered in soul. Tammy Davis, betrayed in a most personal way, struggles against her tormentor. She and Danny must help each other heal, by the power of love.

Lovin’ Those Navy Games by Susan Jean Ricci
Michael Burke has two passions: his high-school sweetheart and baseball. When someone dear to him perishes in Vietnam, will the shock alter his future goals? Will it isolate him from Ellie or deepen their love?

If you like Historical Romance, Contemporary Romance, Inspirational Romance, Holiday Romance, Military Romance, Wounded Warrior Romance, or Romantic Suspense, there is a sure to be a story you will love in this amazing boxed set.
The trials lovers face — separation, coping with loss, struggling with injuries and rehabilitation — can be as devastating as war itself. Get this romance anthology and celebrate homecoming and the victory of love! 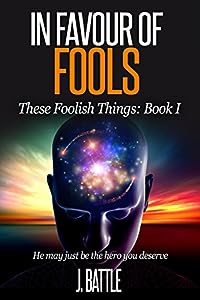 In Favour of Fools: A Science Fiction Comedy (These Foolish Things Book 1)
by J Battle

A Science Fiction Comedy introducing Philip Humphrey Chandler as the socially inept hero who likes beer, coffee and women – but not necessarily in that order.

If you loved The Hitchhiker’s Guide to the Galaxy, then you should get your hands on this book now!

Phil is private investigator; he’s got a computer and a comfy chair, and he knows how to use them.

He doesn’t get all sweaty chasing the bad guys; not when his fingers can do the work as he sips his coffee and looks forward to a nice cool pint. He doesn’t wrestle them to the ground, with a quick quip and a steely gaze; not when he can sit in his comfy chair and dream about the girl behind the bar; the one with the breasts.

In a tale of treachery, danger, poor customer service and bad jokes, Phil is forced to put aside his relaxed ‘let someone else do the work’ attitude, and take up arms against the might of an alien empire (well, it’s a crow bar actually, and the alien is a little girl; a very tough little girl) and somehow find a way to save the day, and Earth’s most valuable commodity, and maybe even his dignity.

But where does this story really start?

Of course, for Phil, it’s when he first meets the ex-wife of the missing crime lord; it’s typical of him to think it all started with him. For Ben, it would be the misplaced bullet; for Millie, it was, of course, the Joke, and for Sam; well your guess is as good as mine.

In reality, it started much earlier; nine years earlier, with the robbery…
A laugh a minute science fiction comedy thriller, destined to be one of the decade’s Science Fiction Bestsellers, and it’s also a unique First Contact Novel. If you like your SF books with alien worlds, strangely named AI’s, really bad jokes and a Narrative Facilitator who would really rather be doing something else, then maybe you should add this to your Science Fiction and Fantasy library. 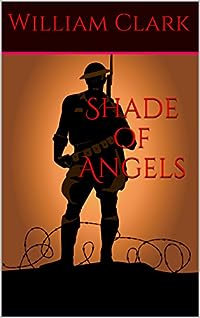 Shade of Angels
by William Clark

Second chances always come with a price, attached to consequence of action – good or bad.
Jim Cross is one of us, just a guy trying to make sense of it all, doing his best in a world where mercy and justice are in the abstract. Sixty years old, broke, and unemployed he makes a decision that moves his life into the realm of the surreal – a world where no quarter is given and even less is expected. He finds out that there is a higher calling, a path less traveled. In all adventures, the outcome is never sure. The battle is waged. The blood is shed, and even then victory hangs in the balance. Shade of Angels is a story of great reward through staggering effort and sacrifice, a test of will and courage spanning this life and the next. Second chances always come with a price… always. 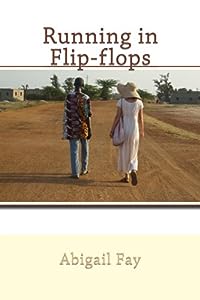 Running in Flip-flops: a fictionalized memoir of Peace Corps service in Senegal
by Abigail Fay

Fresh out of college, Shannon Wheaton signs up for two years in the Peace Corps and gets exactly what she expects: a mud hut, a boisterous host family, no running water or electricity, and endless days of shelling peanuts. What she didn’t expect was to clash so intensely with Wolof culture. In her rural village in Senegal, West Africa, Shannon is challenged in ways she never could have imagined. She finds herself riding an emotional roller coaster. Moments of wonder and of frustration, tiny successes and multiple failures, American friends and village neighbors, all shape Shannon’s new world – and her with it. Her story is an earnest chronicle of Peace Corps service, with the enduring question familiar to all volunteers: What does it mean to make a difference?

This eBook version has been specially formatted for Kindle.