This thoroughly enjoyable collection of fantasy/mystery novels by author April Aasheim, is filled with witches, magic, family, curses, hope and intrigue. Readers will be riveted by the brilliant writing that is filled with plenty of twists and turns to keep you on the edge of your seat. Enjoy! 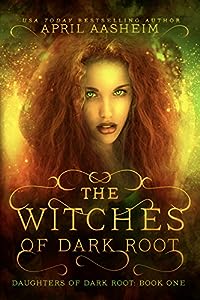 “There are some secrets darker than witchcraft.” – Dora Maddock

Deep in the forests of the Pacific Northwest is a small village called Dark Root, a town steeped in magic, mystery, and secrets.

But for Maggie Maddock, Dark Root is also a prison – a place where she is forced to work in her mother’s Magick Shoppe while the rest of the world moves forward without her. When a mysterious stranger offers to take Maggie away from it all, she leaves without looking back.
Seven years later, Maggie is called home by her beloved older sister. There she is confronted with a renewed sibling rivalry, a mother suffering under a mysterious illness, and a town that’s lost it’s literal magic. Now Maggie must decide if she will use her newfound abilities to aid those she loves or run from her responsibilities once again.

In the tradition of Alice Hoffman’s Practical Magic and Rebecca Wells’ Divine Secrets of the Ya-Ya Sisterhood, The Witches of Magic seamlessly weaves the past with the present, the magical with the mundane. It is a tale of family, forgiveness, and the healing power of love that will leave readers believing in magic long after the story ends. 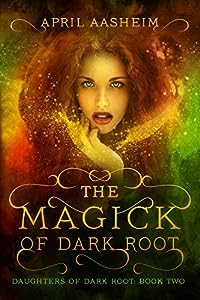 The Magick of Dark Root: A Paranormal Fantasy (Daughters of Dark Root Book 2)
by April Aasheim

“There are rules that must be followed, Maggie.”
“Even in witchcraft?”
“Especially in witchcraft. What someone puts into the world comes back to them.”
“You mean karma?”
“Like karma, yes. But for a witch it comes back threefold. Never forget that.”
“That doesn’t seem fair.”
“Who said life was fair?”

In the second installment of The Daughters of Dark Root series, Maggie Maddock and her sisters are back, training under their coven-leading mother Miss Sasha Shantay to take over as the new leaders of The Council. But life isn’t as smooth as Maggie had hoped it would be. Harvest Home’s taxes have come due, and her mother’s illness has returned, stronger than ever.

Desperate, Maggie and Eve devise a scheme to make money through witchcraft. 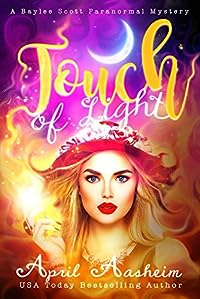 “Witch, witch, you make me itch. I’d like to beat you with a switch.”

Baylee Scott has the gift of touch. Except it’s not a gift. Seeing other people’s memories doesn’t make her very popular in Reed Hollow. It was one of the reasons she left the small town as soon as she was able.
But after losing her ghost-hunting husband, Baylee returns home to help her brother run the family business: a defunct antique shop and tea house. It’s a dull existence that leaves her dreaming of adventures elsewhere.
Then, a mysterious jewelry case appears in her office, followed by a note detailing a connection between strange lights appearing in the sky and the disappearance of local women. Suddenly, Baylee’s life becomes more exciting.
Aided by her animal-loving brother, her tarot-card reading cousin, and the ghost of her dead mother, Baylee must unravel the clues to stop the strange lights from taking yet another victim.