Another bonus to having a friend who has been a beekeeper for thirty years (Beside the awesome information and advice) is the extra beeswax that they are more than happy to give you. My hope of giving my friends and family lip balm and candles for Christmas certainly will happen this year. The wax is from the same colonies that our swarms split from, so really its all still in the same family. I still buy gifts for my family and friends for Christmas, but every year I try to make something as well. They will be quite relieved to receive cute candles instead of whatever hot mess I made with too much glue and glitter. Always so much glitter… 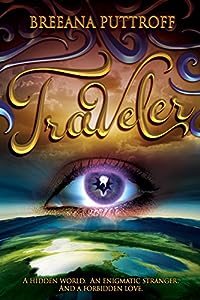 As the daughter of the guildmaster, the rules of Ellarowan Lockwood’s life were simple. Stay away from the woods on the other side of the river. Never speak of magic. Be wary of associating with young men who might only be seeking her father’s political power.

In return, she was supposed to have some small freedoms — like choosing her own partner.

Or, at least, that was what she’d thought.

But when her father changes the rules on her at the same time a strange young man appears in the woods, Ellarowan discovers that maybe nothing is what she thought it was.

From the author of the bestselling Dusk Gate Chronicles comes a new story of adventure, love, and hope in a new world. 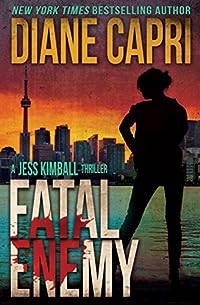 Relentless victims’ rights advocate Jess Kimball and Jack Reacher both deliver justice when the legal system fails. Reacher waits until trouble finds him and then he does whatever it takes. But Jess pursues legal justice and draws lines she will not cross.

How can she win against killers who refuse to follow the rules?

Jess Kimball hadn’t been in the same room with Richard Martin for more than a dozen years. Worse things than Richard had happened to her since she’d seen him last. He’d find out soon enough that she wasn’t a gullible sixteen-year-old anymore. She was his enemy now and he was hers, whether he knew it or not.

Jess decided long ago she would never yield to him again. Richard Martin would make his choice tonight. Would they become fatal enemies? In this tense battle of nerve and guile, who will survive? 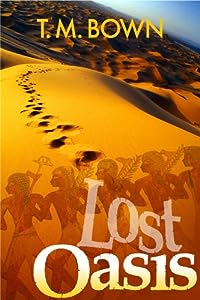 An Ancient Persian army lost in the desert for 2,500 years… the fabulous, legendary lost oasis of Zerzura!

After he discovers a Persian gold coin deep in the Egyptian desert, geologist John Cavanaugh leads a team of archaeologists back to the site, unknowingly triggering the rebirth of a multitude of long forgotten horrors. But as the expedition approaches its goal, Cavanaugh realizes the worst: each of his crew members is along for a different reason. Fame, riches, love, and remnants of a dark past fuel their actions and lead them to individual fates that none of them bargained for.

Lost Oasis is a dark, fast-paced adventure thriller that takes the reader on two unique safaris 2,500 years apart, through a surreal, malevolent desert where they encounter friendship and betrayal, ambition and oblivion, discovery and loss, joy and terror, love and death. 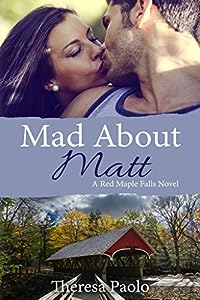 Welcome to Red Maple Falls, a small town filled with big personalities. Nestled in the White Mountains of New Hampshire it is home to the Hayes siblings, three brothers and three sisters, all awaiting their happily ever after.

Except for Matt Hayes, the oldest, he gave up on that notion at eighteen when the love of his life walked away and never looked back. That is until now.

Seventeen years after Shay Michaels said goodbye to summers in Red Maple Falls and the only boy she ever truly loved, she’s back and the proud owner of Sweet Dreams Bakery. Life is good until someone breaks into her shop, making her question if the life she left behind in New York followed her.

As the local sheriff, Matt is keeping a close eye on the place and an even closer eye on the beautiful owner who refuses to take the break in seriously. Two conflicting personalities that burn bright on their own become down right explosive when thrown together. But in order to move toward a future together, they will have to let go of their past and accept the mistakes they made. 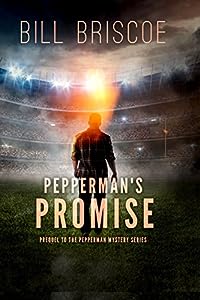 One life ended in tragedy. Another challenged by a promise. Will a teen’s twenty-year journey to make his dad proud change him into the man he’s meant to be?
In 1966, Jim Pepperman comes home from practice to the news that his dad has died in an oil rig accident. Not only has the high school football star lost his mentor and best friend, but when his mom moves the family from Texas to New Jersey, he’s forced to say goodbye to his home, his team, and his chance for a football scholarship.
Facing senior year in a new school with no friends, Jim struggles to keep the promise he made after his dad died to be a substitute father for his two younger sisters and a shoulder for his mom. But stepping into his dad’s shoes at seventeen feels impossible, the same way giving up the dream to play pro ball is harder than Jim thought. And senior year is just the beginning. 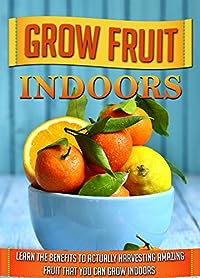 DISCOVER:: Learn the Benefits to Actually Harvesting Amazing Fruit that You Can Grow Indoors

Why Should You Purchase And Read This Book?

= > 1. Its Short And Informative No Fluff!!
= > 2. This Book Is Straight Forward And Gets To The Point
= > 3. It Has A Great Concept
= > 4. Learn What You Need To Know FAST!
= > 5.Don’t Waste Hours Reading Something That Won’t Benefit You
= > 6.Specifically Written To Help And Benefit The Reader!
= > 7. The Best Compact Guide To Learn What You Need To Learn In A Short Period of Time

Check Out What You Will Learn After Reading This Book Below!!

• Caring for your Plants