I am pretty excited right now. Today is my baby basset’s first soccer game. I have been watching all the practices and I gotta say I have NEVER been so excited to watch a kids game in my life. This team is the craziest bunch of kids I have ever seen. I am certain that half of the team lives on GO GO Juice and Twinkies. During water breaks I have seen a few of them throw each other across the field in a WWE fashion that would make Hulk Hogan or The Rock proud. I almost think I should bring some sort of shield for protection. If The ball and kids stay anywhere on the field during the game I will be surprised. This is going to be AWESOME!!! 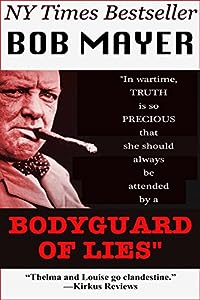 Bodyguard of Lies (The Cellar Book 1)
by Bob Mayer

Who polices the world of covert operations?
Enter the Cellar, the most secret spy organization hiding deep within the United States.

Two women become inextricably involved in a dangerous web of lies, intrigue, and betrayal as they fight for their lives and the safety of their country. Neeley is the lover and protégé of Gant, a Cellar operative, and trying to pick up the pieces of her life after Gant’s death and unveil a mystery that he always held close to his chest. Hannah, a housewife, is equally lost after her husband simply disappears. They soon learn that the men in their lives shared a dangerous secret, one some very powerful people would shed blood to protect. Neeley and Hannah’s meeting sets a decades-old plan into motion and puts their lives at risk.

They couldn’t come from more different worlds, but as they try to escape the people who seem determined to kill them, Hannah and Neeley discover they have at least one thing in common: they’ve both been living a lie.

Crisscrossing the globe, the women find themselves in a deadly game of survival, one that they must win in order to keep the United States safe not only from vicious acts of terror, but from its own powers that be. And if they ever hope to uncover the truth about the lovers they thought they knew, Neeley and Hannah first must learn the truth about themselves. But when the Cellar is involved, there is no such thing as coincidence, and the truth is always protected by a Bodyguard of Lies. 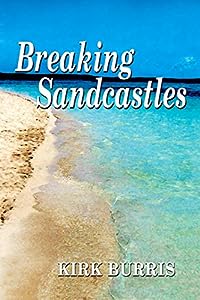 Romance, Murder, Paris… what more could a woman ask for when falling in love?

Becoming smitten with a much younger man can prove difficult in any era, but in early 1960s America, it was considered forbidden. Intertwined with the desire to be a successful career-woman, art teacher Marion Kelly must battle heart and mind while struggling with the insecurity of an uncertain future. Chasing love from Kansas City, Missouri to Paris, France, she comes up empty-handed, until an unplanned encounter with a former student begs to be given a chance. A wild vacation leads to love, murder and a battle for the man two women want, Jonathan Duquesne.

Breaking Sandcastles is a thoughtful love story that explores personal growth and development while battling insecurity and self-acceptance. Told with a great deal of humor and heartache, laugh and cry as you befriend the couple while they revisit how they came together finally on another continent, despite obvious obstacles, and battle now to survive the crisis that started the journey. 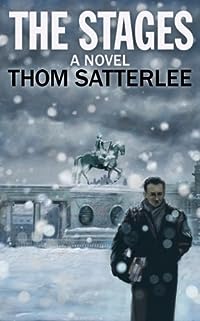 The Stages: A Novel
by Thom Satterlee

Daniel Peters, an American living in Copenhagen, becomes the main suspect in a murder investigation. To clear his name and to get back to the orderly life he so dearly prizes, Daniel must cooperate with homicide detective Ingrid Bendtner. But it’s not easy for Daniel. As a forty-three year old with Asperger’s Syndrome, even the slightest deviation from his regular schedule unnerves him. But what choice does he have? If he doesn’t cooperate with the Police, he may be sent to jail or deported back to Buffalo, NY — frightening possibilities to a person who’s grown used to his solitary life of single-minded work. Set in the capital of Denmark and featuring a cast of characters that includes Lutheran priests, Søren Kierkegaard scholars, law enforcement agents, a forgery expert, and the Director of the Royal Library, The Stages is a sometimes funny, sometimes melancholy, often absurd, but always clever re-interpretation of the Scandinavian crime novel. 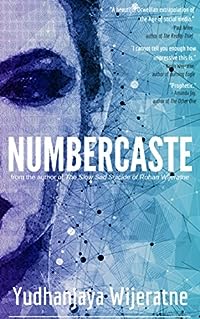 Described as “Black Mirror meets the Circle meets 1984” by fans, Numbercaste is a thoughtful, gripping thriller that looks out into an all-too-possible future – a future that’s being built even as you read this.

When Patrick Udo is offered a job at NumberCorp, he packs his bags and leaves for Silicon Valley. After all, the 2030s are a difficult time, and jobs are rare.

Little does he know that he’s joining one of the most ambitious undertakings of his time. NumberCorp is hell-bent on building a new world order – one where everyone’s social circles are quantified, their activities examined, and their importance distilled into the all-powerful Number. A society where everything from your home, to your education, to your job depends on an app that shows exactly how important you are. A utopia of truth and order.

As NumberCorp rises in power and in influence, the questions start coming in. What would you do to build the perfect state? And how far, exactly, is too far? 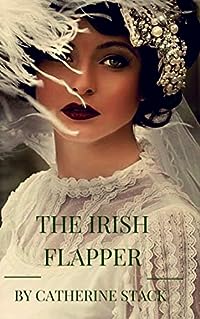 The Irish Flapper
by Catherine Stack

The Irish Flapper, is a novel set in Manhattan during the exciting Roaring Twenties about a young Irish woman’s journey to America to fulfill her contrasting dreams of wealth and living the life of an artist. Once in America she awakens to the stark difference between her dreams and the disillusioning reality of an immigrant’s life. It is her new friends, flamboyant cousin and her new found love that make life in the big city an unforgettable adventure.
In America, it is her wildly flamboyant cousin Isabelle, the “IT” actress of the moment and the girlfriend of a notorious dangerous gangster who introduces Annie to the enticing, glamorous yet deceptive world of fame and fortune. Annie falls deeply in love with Jack, a successful stockbroker haunted by the ghost of his past which threatens their future. As the great depression takes hold of New York City, it is the knot that ties family and friends together that helps her through great adversity and devastating loss.