Temptation came in the form of a teenie tiny puppy yesterday. She was maybe half a pound, redhead, and a cross between a chihuahua and a dachshund. After five seconds in my arms I named her Junebug. My partner in crime’s family and my family were enjoying a celebratory lunch at a restaurant next door to the pet shop. My youngest basset had just finished his first soccer game and we were all feeling pretty good. Oh… his team got clobbered 7 to 2, but they had fun and the team came together a hundred times better than I thought they would. Remember… theses are the guys who were mastering WWE moves at practice. Any who… after lunch Rachael and I decided to visit the pet shop since it was adoption day. To my surprise she grabbed a cute little bearded pup that I swear had her under his spell in two seconds. The rest of the family was sold three seconds later. I had my eye on little Junebug. She was just too much for being so small. Hubby even wanted her…bad. The reason she is not in my arms right now is because of Jethro. My 400 year old pup deserves all the love I can give him. He wont be with us much longer and I worried it would break his heart if I brought home a puppy. Or.. it wouldn’t and he would love it. GEEZ!! I just don’t know, but Junebug will be there again today. 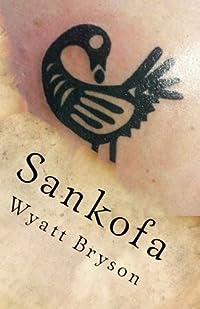 Last night Charlie went on a bender. Today he woke up with a tattoo of the mythical African sankofa bird on his right shoulder blade. The solid black tribal tattoo was probably too dark for his pale white skin, but he hadn’t actually chosen the tattoo himself. The sankofa bird looked back over its shoulder as it flew forward justifying its meaning – one can not move intelligently into the future without paying attention to the past.

Contrasting again with the too dark tattoo and the too light skin was the pretty brown face of the little girl peaking over her father’s shoulder as he cradled her. What on earth was he going to do with this little life? Two days ago he didn’t even know she existed. Yesterday he woke up with this strange tattoo. Today he decided to go to the hospital and take responsibility for his daughter.

He didn’t even know what the tattoo was and why those men had taken it upon themselves to have it given to him. Today it was just some dumb bird that he was contemplating having removed. It would be quite a while before he would find out why he had gotten it and what the significance of it really was. He repositioned her into his arms and tenderly kissed little Sankofa on the forehead. “We can do this.” 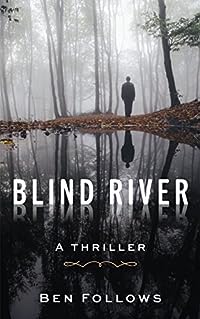 You won’t be able to put down Blind River!

Ben Follows’s debut novel is a nail-biting, breathtaking, thrill-ride about the disappearances of four young women in the fragile town of Blind River.

Curtis Mackley left Blind River the moment he turned eighteen, fleeing to Manhattan to follow his dream of being an FBI agent. Fourteen years later, he’s a respected member of the Bureau, married to the woman of his dreams, and soon to be a father. He’s inches away from everything he ever wanted.

Then he and his partner, Frankie Lassiter, are sent to Blind River to investigate the disappearances of four young women, and Curtis’s visceral hatred for the town are the least of their problems.

There are almost no clues, the chief is out of ideas, a reporter is exploiting the disappearances to further her own career, and the prison looming over the treetops is a constant reminder of the criminals who ruled Blind River during Curtis’s childhood.

When Sam Marino, the man who plunged Blind River into darkness once before, escapes from prison, Curtis and Frankie find themselves in a battle for the soul of Blind River itself. 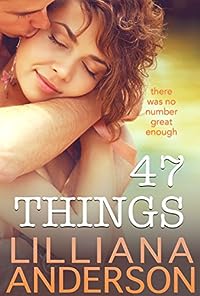 “What’s your name, sweetheart?”…
That was the first thing. I wasn’t his sweetheart, and he should have already known my name. But, that was the moment I became caught in Tyler Lohan’s sight. He was wonderful and complicated, and I’d spent my life trying to hate him for being the golden boy who had everything so easy. However, as with all things, Tyler wasn’t the person he appeared to be from the outside, and once I saw him – the real him – I fell, and I don’t think I ever got back up.

Forty-seven was never going to be enough.

There was no number great enough…
47 Things. A non-traditional standalone romance that follows a couple as they come to terms with falling love in a world they can’t control, and the certainty of the inevitable. 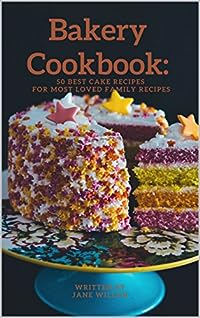 Each of us has a favorite cake recipe, cupcake, dessert… but is it possible to refuse new recipes, delicious and fabulous-looking in this book? Here You will find many delicious recipes and will be able to bring them to life! Bon Appetit!

Don’t delay any more seconds, scroll back up, DOWNLOAD your copy TODAY and start cooking today!