I understand that my computer is always telling THE MAN what I am up to on my computer. It tells THE MAN what I am shopping for online and what videos I like to watch (mostly cute kitten videos). I get that and I accept that. I admit it’s a bit handy because I see advertisements for things I actually like. My computer and THE MAN have profiled me and show me things that are relevant to me. Right now though I am a little offended. It keeps showing me advertisements that say don’t drink and drive. EXCUSE ME!!??? You think just because I purchased a pillow with a bee on it and I watch an abnormal amount of kitten videos peppered with Vincent D’Onofrio videos, that I am going to drink and drive? I am not a crazed cat lady who is going pack her twelve cats in the back of a wood-paneled station wagon to go out drinking and driving on a Saturday night. I am a crazy chicken lady who is most likely going to sing to my sweet ladies in the privacy of her backyard while sipping on her umteenth cup of coffee. PULEEZ! YOU DON”T KNOW ME!! 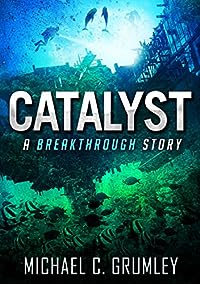 In 1984 a doomsday vault was constructed on a remote island in the Arctic Ocean.
Its purpose was to preserve Earth’s genetic history in the event of a global catastrophe.
Now, decades later, a second vault has been uncovered.
This one resting where no one ever expected.
And the problem is… it’s not ours.

Yet even more curious than the vault itself, is what lies inside.
Seeds. Millions of seeds. Each with a genetic embryo untouched and perfectly preserved.
Waiting.

No one knows who built it. Or when.
What we have managed to figure out is that whoever it was traveled an immense distance. For the sole purpose of hiding their genetic blueprints on Earth.
But why?

Now a small group of marine biologists and navy investigators have been assigned to find out. Before anyone else does.
But Alison Shaw and John Clay are not prepared for what they are about to uncover.
Beginning with the truth behind our own evolution. 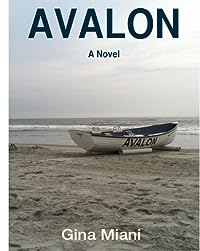 Avalon is a little town on the Jersey Shore named for an ancient land in the tales of King Arthur. It is a story of love and loss, of betrayal and forgiveness, mirroring the famous legend. Mariah, brought back to the town after a long absence in order to save her family’s crumbling Victorian, is forced to confront her past and unravel a mystery that has haunted her since she left in 1978.

“… there’s a dreamy feel to the talk of storms and romance, adolescence and adulthood, and ancient stories and second chances. And that mood fits well with the ideas raised: of ocean waves that soften what they touch but never erase it, of a place changed by time yet still somehow outside of time, and of connections that change but never disappear. An emotional tale built of lightweight materials that has a surprising and satisfying depth.” Kirkus Reviews 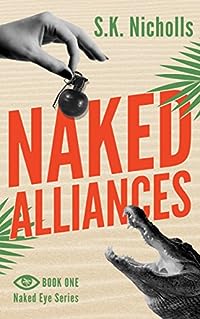 A riveting romp through Central Florida, Naked Alliances air-drops you into the seedier side of Orlando that the amusement park industry tries to keep under wraps.

When a young immigrant woman and an exotic dancer are fleeing men with guns and have no place to hide, Richard Noggin, P.I., can’t turn his back on them, even if helping them makes him a target.

Richard plans to impress an aspiring politician by taking on a big white-collar case with the potential of getting him off the streets and into air-conditioned offices. Instead, he’s handed a cold case and quickly finds himself sucked into a shadowy world of sex, secrets and… murder.

Marked for a bullet and stretched thin by his investigations, he reluctantly teams up with the unlikely, brassy custodian of the young woman on the run. With bodies piling up, they go undercover in a nudist resort, determined to catch the killer and bring down the mastermind of the Alliance before someone else dies.

From the dark corners of Orlando’s Little Saigon, to the sunny exposure of Leisure Lagoon, the Naked Eye juggles to keep his balls in the air. 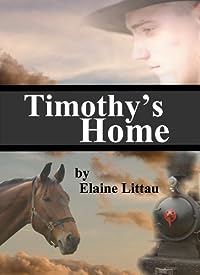 The old trunk sat unclaimed on the depot platform for more than two decades. John Forrester ‘s decision to use it as an escape vehicle would result in it becoming either an untimely coffin or a way to freedom for his only nephew, Timothy.
“Timothy’s Home”, Book V of The Nan’s Heritage Series, brings the story of the trunk and the people connected to it full circle. New characters blend with beloved ones from the other books in the series giving a window into life of the 1800s in Colorado.
In Elaine Littau’s latest offering, “Timothy’s Home”, she endeavors to keep the story unpredictable as well as developing compelling characters and plot lines. Will Timothy find a place to call ‘home’? 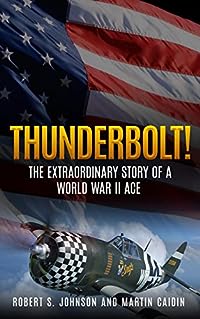 Thunderbolt! The Extraordinary Story of a World War II Ace is the incredible true life story of Robert S. Johnson, one of America’s leading fighter pilot aces in World War II. His memoir is an action-packed account of how a young man from Lawton, Oklahoma went on to amass 28 enemy kills, the first U. S. Army Air Force pilot in the European theater to surpass Eddie Rickenbacker’s World War I tally of 26 enemy planes destroyed. Johnson’s detailed, vivid descriptions of close-scrapes with Goering’s elite fighters and his numerous other skirmishes makes Thunderbolt! essential reading for World War 2 buffs.