Free Coffee To Dry The Tears

Today is the first day of school. Although it is still pretty exciting, it is not the same as it was back when the baby bassets were in Kindergarten or first grade. When they get to the upper grades they don’t really see much of a need for mom to walk them to the front door of the classroom and shower them with kisses and hugs. They might a little bit, but you get dismissed pretty quick once they see their friends. I have to say I am pretty cool with that. I know there are free muffins and coffee in the lounge for the parents, and I don’t really feel like being sad and ugly crying in front of the school. There is always at least one ugly cryer each year guaranteed. You just aren’t sure if it will be a kid or parent. 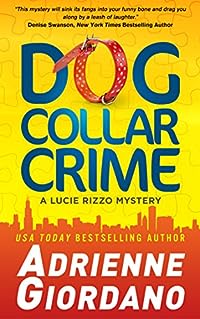 Out of work and down on her luck, Lucie Rizzo is forced to do the one thing she’s long avoided — move back home with her nutty, mob-infested family. A move that brings her back into the tempting arms of Frankie Falcone, the ex that never fails to make her heart sit up and beg. When Lucie turns a dog-walking gig into a fancy dog accessory business, life starts to look like a walk in the park… until three of her bling-wearing clients are dogjacked. Despite Frankie’s help, Lucie is thrown into an investigation that’s more Goodfellas than good doggie. If she can survive her family and a plot involving stolen diamonds, she might just have a second chance at love. 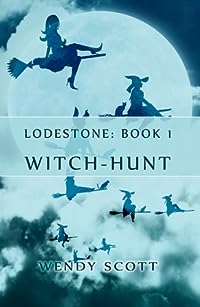 There’s a cauldron of trouble brewing in Valloaria…

Two tales entwine (excerpts below).
Sabrina and Lauren’s tales entwine – linked by blood and magic. Sabrina, a newly fledged healer, is thrust out of her sheltered life at Mistress Florisah’s healing school after the destruction of the witch-ancestor portraits. An anti-witchcraft militia is poised on Karthalon’s borders threatening full scale genocide, unless Sabrina, the last of Lauren’s bloodline, can destroy the Lodestone, and restore magic to Valloaria, but the Lodestone is buried deep within the heart of the Order’s headquarters. Sabrina struggles to accept this suicide mission, and is distracted by her inappropriate affection for Micah, a prospect monk. Lauren’s ghost haunts Sabrina’s dreams as her diary reveals the tragic events behind Lauren’s actions. With invasion imminent, Sabrina embarks on her quest armed only with a sliver of the Lodestone, and Lauren’s diary but how can a lone girl prevail against an army?

Excerpt – Lauren
They attacked me alone, in pairs and in mass with their witchy ways, but their magic fell short; I was immune. Blasts of power seared from their fingertips and stonework exploded above, below and next to me, but nothing penetrated the brilliant glow of the Lodestone and they fell back, shrieking in frustration. I glowered at those not fast enough to move out of me way and they vaporized in an orange flash, to black flakes that I trampled underfoot.
Excerpt – Sabrina
A shirtless youth, with his back to her, hummed as he brushed a dark horse. The horse was standing perfectly still as if the boy’s song had lulled him to sleep. Sabrina silently observed the prospect as he worked. He was tall with a slender build, but she could see the muscles in his tanned back and arms ripple with each stroke. His brown hair was caught up in an intricate knot threaded by two long feathers; one red, the other purple. She’d never met anyone like him before.
She shuffled forward to get a better view, but her brush whacked into the wooden partition. He whirled around and she found herself staring into the brownest eyes, framed by the longest lashes she’d ever seen. They gawked at each other for a moment before Sabrina rediscovered her tongue. “I… I was sent to care for your horses.”
He pointed with his brush, to the horses behind him and said, “I’ve finished the others. Only Alloni, the brown and white, needs attention.”
Sabrina scurried to the indicated stall. Where was his shirt? As if reading her thoughts, he casually reached down and grabbed a white shirt. Slowly, he pulled it over his damp shoulders and Sabrina hastily focused on the horse. Her strokes were a bit shorter and harder than she normally applied and the horse shifted beneath the brush. Before she could correct herself, strong fingers, radiating warmth, slipped over hers and a voice laced with musk, breathed into her ear. “Not so firm. Alloni likes long, languid strokes – like this.”
Heat blazed into spots on her cheeks as she followed his movements. After several strokes he said, “That’s it, you’ve got the knack of it now.”
He released her hand and stepped away. Sabrina felt as awkward as a newborn foal so she kept her eyes averted and silently busied herself with the horse. From outside, a muffled yell filtered through the stable and the boy said, “Deakon wants me. Will you be all right finishing up?”
She didn’t trust herself to speak. “Ah-ha.”

Bonus material:
An excerpt of Ferrasium, Book 1: The Windflowers Trilogy is included at the conclusion of Lodestone. 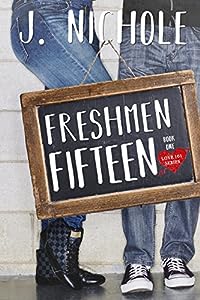 “Hello, my name is Chris.”
Would have been a perfect way for Chris to introduce himself to Laila at the frat party, but no instead he danced up her leg. Although Laila was attracted to Chris, was he someone she wanted to be involved with? He’s a senior and she’s a freshman. Is she just naive, and should she ignore him at all cost? Or should she explore this thing with Chris?

Freshmen Fifteen is the first book in the Love 101 series, by author J. Nichole. Each book tackles another year of Laila’s university adventures, important friendships, and romantic entanglements.

This book is intended for mature audiences. 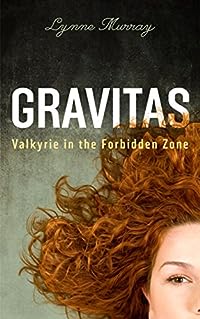 Gravitas: Valkyrie in the Forbidden Zone (The Gravitas Series – Sybil of Valkyrie Book 1)
by Lynne Murray

Trapped in the Forbidden Zone with no way out

A predatory warrior is on Sybil’s trail, the one man she could never forget stands beside her and a dangerous payload of Gravitas, a powerful aphrodisiac, has been implanted in her body. Rescue is impossible, all portals are sealed. Can she protect herself, shield her hazardous cargo and find a way home before the Gravitas destroys her? 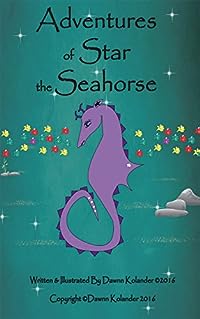 Adventures of Star the Seahorse
by Dawnn Kolander

Have you ever heard of a talking seahorse, whose friends were a starfish and crab? Mandy had never heard of one until she learned about Star from her Grandmother.
Struck with curiosity, Mandy’s Grandma Dori tells her a story filled with fantasy, mystery, and adventure. Passing down to her granddaughter’s generation – a tale about a special seahorse. Mandy begins to wonder about her mysterious Grandmother’s childhood, as Star seems to be more than just a story.
Star’s journey to find her parents, and learn who she is – brings her to dangerous situations. She discovers water fairies, rides dolphins, and flee’s from a sea beast. Situations arise, but Star pushes on with hope, and perseverance.
Step into Grandma Dori’s world, and unleash your imagination in the Adventures of Star the Seahorse. An adventure that will steal you heart, and leave you wanting more.