Go ahead and hate me for mentioning it, but YAAAA!!! The Halloween decorations are at Costco now, and bonus… the decorations are on sale at the craft store. The smell of pumpkin spice smacked me as soon as I entered the craft store and I swear I started drooling and got crazy eyed. I personally want the holiday season to last as long as possible and if that means starting it as soon as last year, I am down with that. Of course if you asked me that last January I wouldn’t want to touch the holidays with a ten foot pole. That was then, this is now, so bring on the skeletons and Santas! 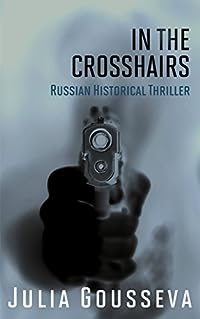 Nikolai Volkov. Hero. Soldier. Warrior. An elite bodyguard and a top-notch investigator, he is one of the brightest stars in Moscow’s VIP Personal Protection Agency. But in every warrior’s life there is a turning point. One case. One messy, tangled case that can shatter a career and make him question his own values, morals, and loyalties. For Nikolai Volkov, this is that case.

Moscow, Russia, the turbulent 1990’s. The last vestiges of socialism are coming down. The world is changing. And a man is killed on a quiet suburban highway. Then, an attempted kidnapping. Nobody knows if these crimes are related. Nikolai has a challenging mission: Protect your client, solve the murder, and get the situation under control. But the situation is impossible to control. Within hours, another man is murdered in his apartment. Then things really spiral out of control.

But Nikolai won’t quit. He’s a combat veteran of the Chechen war with a passion for finding truth and doing the right thing. Before the social and political turmoil in Russia changed Nikolai’s life, he had planned to follow in the footsteps of his father, a decorated military hero. Now, he’s fighting a new kind of war.

With the help of a young female investigator, he embarks on a deadly hunt that leads them from the glitzy Moscow downtown to a posh suburb to a desolate rural area where he confronts an enemy he didn’t know he had. As he encounters and uncovers an intricate web of secrets and lies, Nikolai is forced to question everything he used to believe about his country, his career, his values, and himself. Things are rarely what they seem, but Nikolai is willing to risk it all to find the truth. What he discovers as he untangles the convoluted family drama are desperate desires, envy, and a murder plot more chilling than anyone could have imagined. 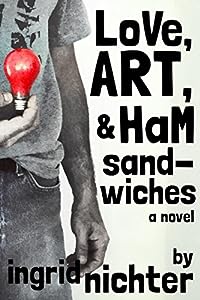 Love, Art, and Ham Sandwiches: a novel
by Ingrid Nichter

Rupert Quinn was an artist. Technically, he also happened to be a burglar, but his conscience was clean. He had a pretty good life–nice apartment, decent car, and a job that gave him enough free time to pursue his artistic visions. The only thing missing was a girlfriend. Rupert had his eye on Kathy, the deli girl at Food World, and he had a plan. It was a brilliant plan–not the traditional way to a girl’s heart, but if all went smoothly, Kathy would have to notice him.

Despite some difficulties with the rope climbing, everything was coming together seamlessly. Until Wyatt Lowell showed up and threw a monkey wrench in the works. No problem–Rupert came up with a second plan. Also brilliant.

It backfired even more spectacularly than the first. 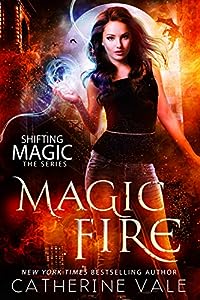 They aren’t going to run. They’re going to kick some serious Warlock ass.

Vicious gargoyle attacks aren’t exactly something Kaye Allister deals with every day, but it’s nothing she can’t handle. So, why is this possessive dragon shifter insisting that she needs to go on the run with him if she wants to stay alive?

Kaye’s a skilled fae with an arsenal of magic at her disposal. She doesn’t need some arrogant shifter’s protection, especially one that refuses to take no for an answer.

But what if she’s wrong?

A murderous Warlock is on the rampage, and he will not give up. Evil is about to invade Kaye’s ordinary life, determined to bind her within its torturous grasp with monsters and mayhem around every corner.

The road to survival is marked with betrayal and deceit, some by the people she loves the most.

If she wants to survive, she must put her life in the hands of a cursed shifter — that is, if either of them make it through the night. 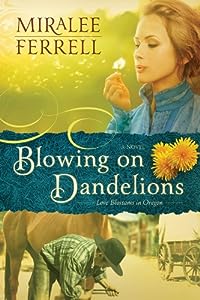 Katherine Galloway knew this moment of calm wouldn’t last, blown away like the dandelion seeds she scattered as a girl. In 1880, three years after her husband’s death, she struggles to run an Oregon boardinghouse and raise two girls alone. Things don’t get easier when her critical, domineering mother moves in. Katherine must make the situation work, but standing up for herself and her family while honoring her mother isn’t easy. And with a daughter entering the teenage years, the pressure on Katherine becomes close to overwhelming. Then she crosses paths with Micah Jacobs, a widower who could reignite her heart, but she fears a relationship with him might send things over the edge. She must find the strength, wisdom, hope, and faith to remake her life, for everything is about to change. 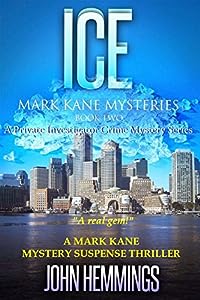 JENNY GARCIA has returned to Boston from a vacation overseas, little knowing that her suitcase contains a valuable haul of illicit drugs hidden inside…
When the bag is stolen from her at the airport, Boston investigator Mark Kane is given the difficult job of retrieving the suitcase and finding out who is responsible for putting Jenny in such terrible danger. But when the two men who could have provided the answers are found dead, Kane has his work cut out for him.
As Lucy stumbles upon a vital piece of evidence the case suddenly takes a new turn. Has Kane been looking in all the wrong places?
And when a kidnapping puts the whole investigation on a different footing he needs to call on all his experience and cunning to save the victim from harm and bring the culprits to justice.
On the domestic front, Lucy persists in her so far unsuccessful efforts to get Kane to agree to let her work from home. Lucy’s motto is ‘persistence pays off’ so it’s probably only a matter of time. In the meantime, at least he could arrange for something to boost the cell phone signal in the office, couldn’t he… ?